Bill Taylor of the ASF – second from right – with representatives from NASF and Greenland officials after recent salmon deal discussed below.  Photo courtesy ASF.

Here are some excerpts from a recent Atlantic Salmon Federation press release:

“A deal has been reached that will halt commercial salmon fishing in Greenland and the Faroe Islands for the next 12years to allow adult wild Atlantic salmon to return to rivers in Canada, the United States, and Europe.

The financial details are being kept confidential, but Atlantic Salmon Federation spokesman Neville Crabbe said no government money is involved.

He said all funding for the initiative will be raised through donors and fund raising by the two private groups.

Greenland fishermen will still be able to catch up to 20 metric tonnes each year for personal and family consumption.

Officials estimate the change will mean that more than 11,000 mature salmon that would otherwise be caught in commercial nets will begin returning to their home rivers in the spring of 2019.

“The best way to save North Atlantic salmon is to stop killing them. This deal does that in meaningful numbers, said Chad Pike, chairman of the North Atlantic Salmon Fund.

Declining wild salmon stocks have been a concern for years, with both overfishing and global warming being blamed.

According to figures from the Department of Fisheries and Oceans, the salmon population in New Brunswick’s famous Miramichi River has declined by 26 per cent over the last 12 years.” 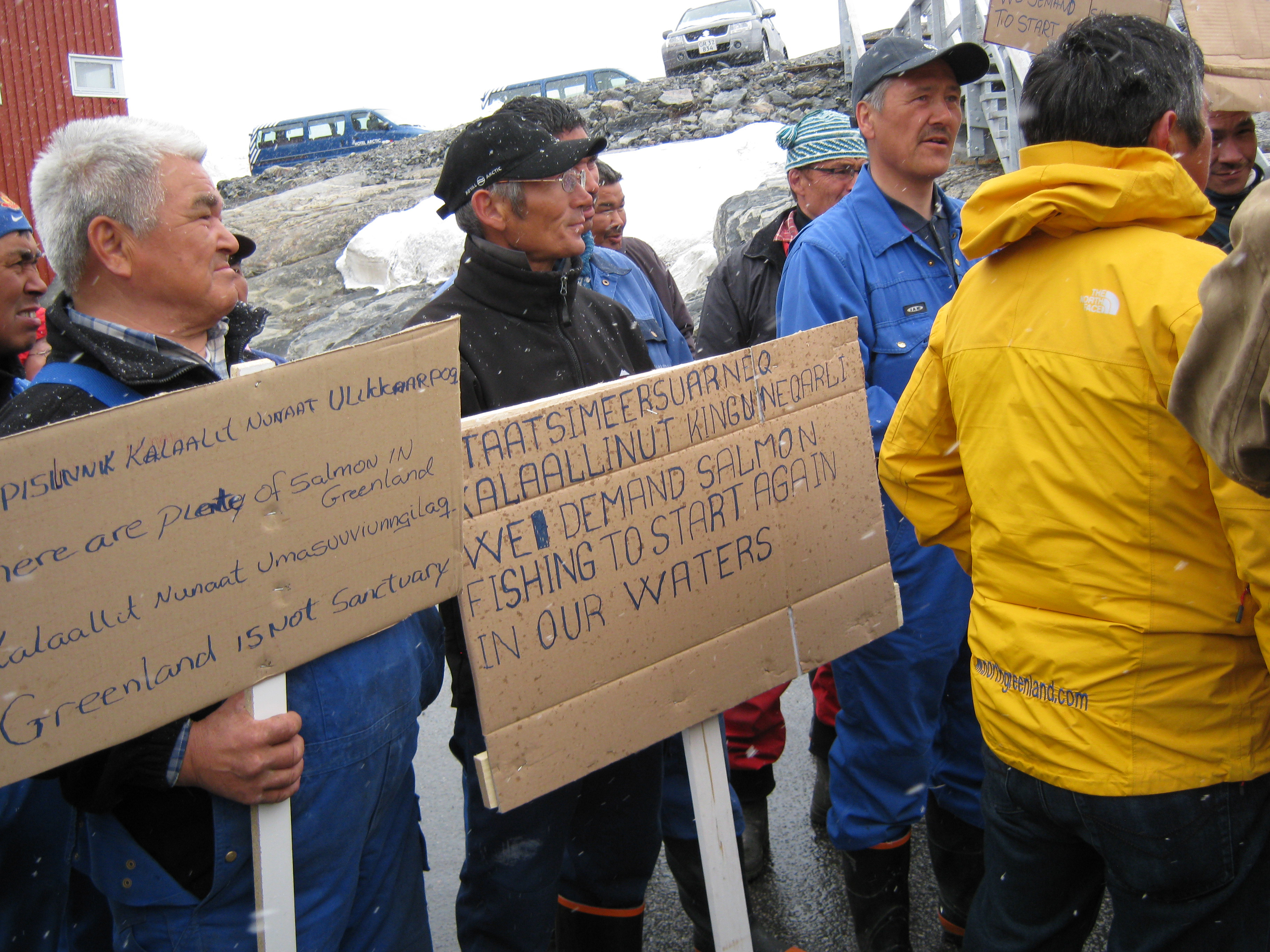 This is certainly welcome news and shows how worthwhile membership in conservation groups like the Atlantic Salmon Federation and the Miramichi Salmon Association is. I must say, though, that I can’t help but feel the U.S. and Canadian governments don’t do nearly enough to help in these situations.  Greenlanders hardly knew what an Atlantic salmon was until the 1970s, now they keep 20 tons for food while New Brunswick residents are forced to release every fish they catch.  It hardly seems fair considering that if Atlantic Canada received an equitable portion Atlantic salmon would be extinct in one season.  Our politicians are also guilty of inaction here in the U.S. where people donate their money and pay taxes to help restore fish to Maine’s beleaguered rivers, then Greenlanders kill and eat the same fish that we are stocking to rekindle the runs…incredible!  Greenland needs help in every way as the country is really struggling, and I can’t imagine that a little arm twisting by our governments wouldn’t have convinced them to accept aquaculture salmon instead…  All that aside, though, having 11,000 additional spawning sized salmon return to our Canadian rivers is very positive, and everyone who helped make it happen deserves plenty of applause.

The Miramichi Salmon Association reports that working with the ASF they tagged 24 kelts to track their ocean life before returning to the river to spawn. They also say that in relatively short order they were able to trap the 5,000 smolts from the Little Southwest Miramichi that they are allowed for the CAST program.  The smolts are already feeding in the MSA hatchery and will be grown to adult size for autumn release into the wild for spawning two years from now.  Assuming 80% survival the 5,000 smolts will represent 4,000 additional adult spawners in the fall of 2020, which wwill be very welcome.

The MSA and ASF also worked together to tag 80 smolts with internal radio tags to help determine where mortality on these small salmon is taking place.

First Miramichi Salmon of the year

While doubtless someone has already caught a salmon somewhere on the Miramichi system this spring, I can state with certainty that some have at least been seen in the last few days. Keith Wilson reported on the Wilson’s website that they had seen salmon in one of their pools, Byron Coughlin of Country Haven said that he has had several reports of bright fish being seen including by Eddie Colford at Black Brook, but very few people are fishing at the moment, and Jason Curtis says that he has seen three, one rolling as it moved up the river in front of his house, and two more crossing the bar above the mouth of Cains.  This is reasonably early for the Southwest Miramichi, and we’ll take it as a good sign.

I just returned from fishing the Varzuga and Kitsa Rivers on the Kola Peninsula in Russia with English outfitter Roxton’s that has had camps on the Kola for 30 years. These two rivers share the same estuary and mouth.  Historically the Varzuga has been known for very large numbers of grilse and small 2 multi sea-winter salmon up to about 9 pounds with the occasional larger fish also being caught.

Numbers for almost all salmon rivers have declined over the last few years, but down on the Kola Rivers is relative to the incredibly high catches that occurred in the past.  I personally brought 35 bright salmon to the net in 6 days of fishing, and I only fished within the 8 hours a day that we spent with our guides on the river.  Frankly, that was enough to scratch my itch.  That is an average of landing a bright salmon every 80 minutes.  Of course they don’t come quite that regularly; on the other hand my fish catch was remarkable consistent.  In each of the 12 morning and afternoon sessions that took place over the week I landed at least one.  I also lost a fair number at various stages of the fight and additionally got about as many kelts as bright fish.  Some of the kelts were quite well-mended and hard to tell apart from the bright fish by the fight alone.  You could tell by the appearance, though, as fresh fish from this river system have vivid blue backs that make them quite unmistakable. 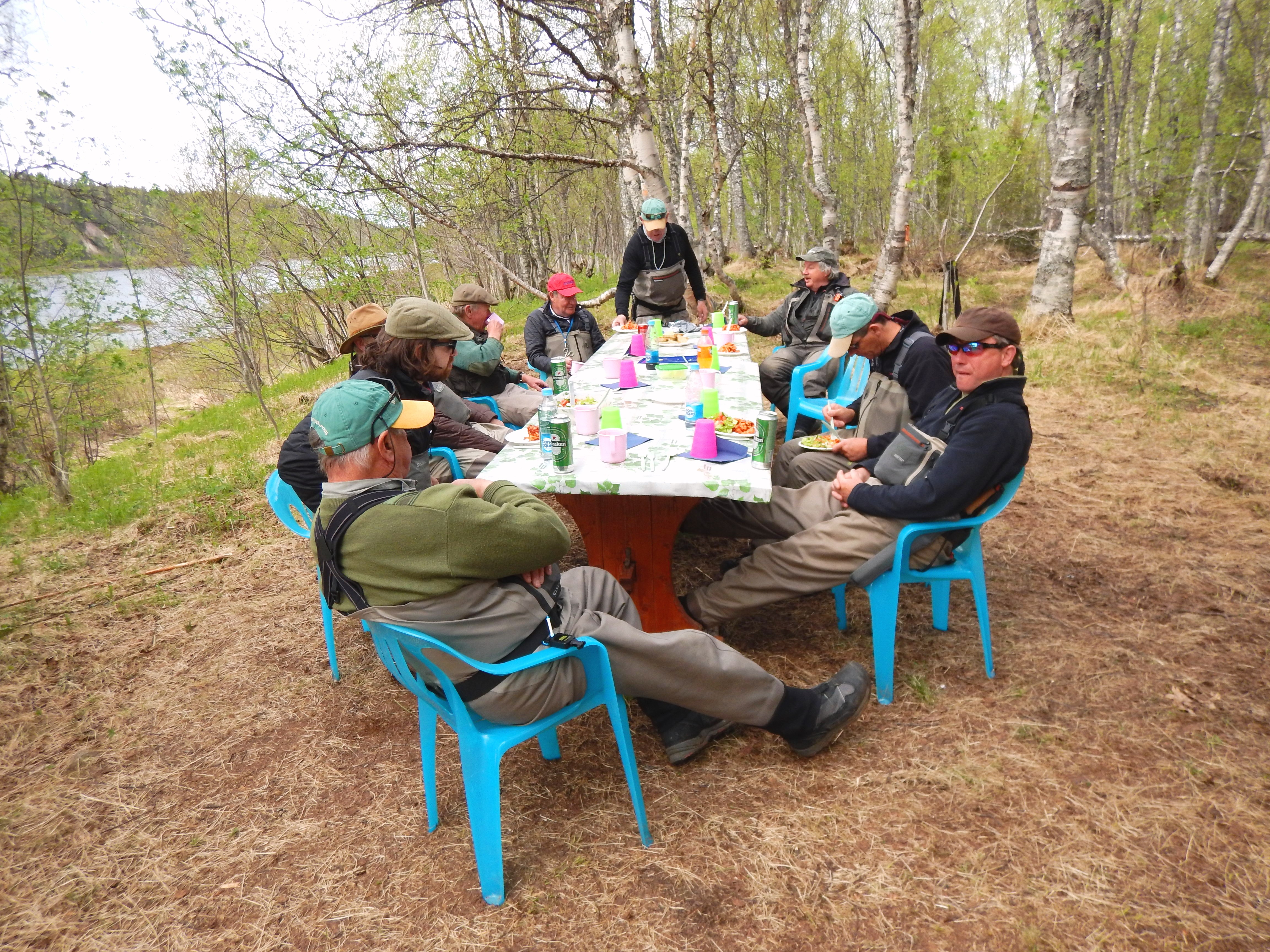 Lunch on lower Varzuga. Quite a change from 2017!

Some may remember my blog from last year, and if not you can just scroll down and read it. Last year it was freezing cold and with snow or rain virtually every day.  It was the record cold spring for the Varzuga area, and this spring we were essentially back to normal.  Wild flowers were coming out everywhere, trees were largely leafed out, and the bird life was incredible.  I even got to hear my first cuckoo.  Yes, their call is definitely where the name comes from…

Kitsa camp is very comfortable. This river is smaller, perhaps a little bigger than the Cains, but with a much steeper gradient.

Russia is a long haul from Maine, but none-the-less the path is relatively simple – the return especially. The helicopter left the lodge at 6:30 in the morning for the two hour flight over the tundra to Murmansk.  At Murmansk we met with anglers from other rivers all around the Kola who had all come in with us on a special chartered flight between Helsinki, Finland and Murmansk, Russia.  We were in Helsinki by early afternoon, London’s Heathrow by late afternoon, and in Boston with all my bags shortly after 10:00 PM – of course my biological clock said 6:00 AM, which means I had been more or less awake for 26 hours.  Still, what an incredible thing to get home from the Arctic Kola Peninsula in Russia to Boston, MA in the same day.  Both these lodges are very nice, especially considering their remote locations.  Roxton’s is known for having things quite well in hand.  It was all very comfortable, and the food was excellent.

Rather than write a lot more about the trip – because it could quickly become a book – I’m going to post a bunch of photos below with captions. I only carried my underwater camera with me in case of a slip while wading so these aren’t National Geographic quality, but they will serve the purpose.  Double click on any photos and they will open up to full page.  I’ll be happy to answer any questions that you may have if you e-mail me at bigbass@maine.rr.com or just post a question in the comments to this blog and I’ll answer it there for others to see in case someone is interested. 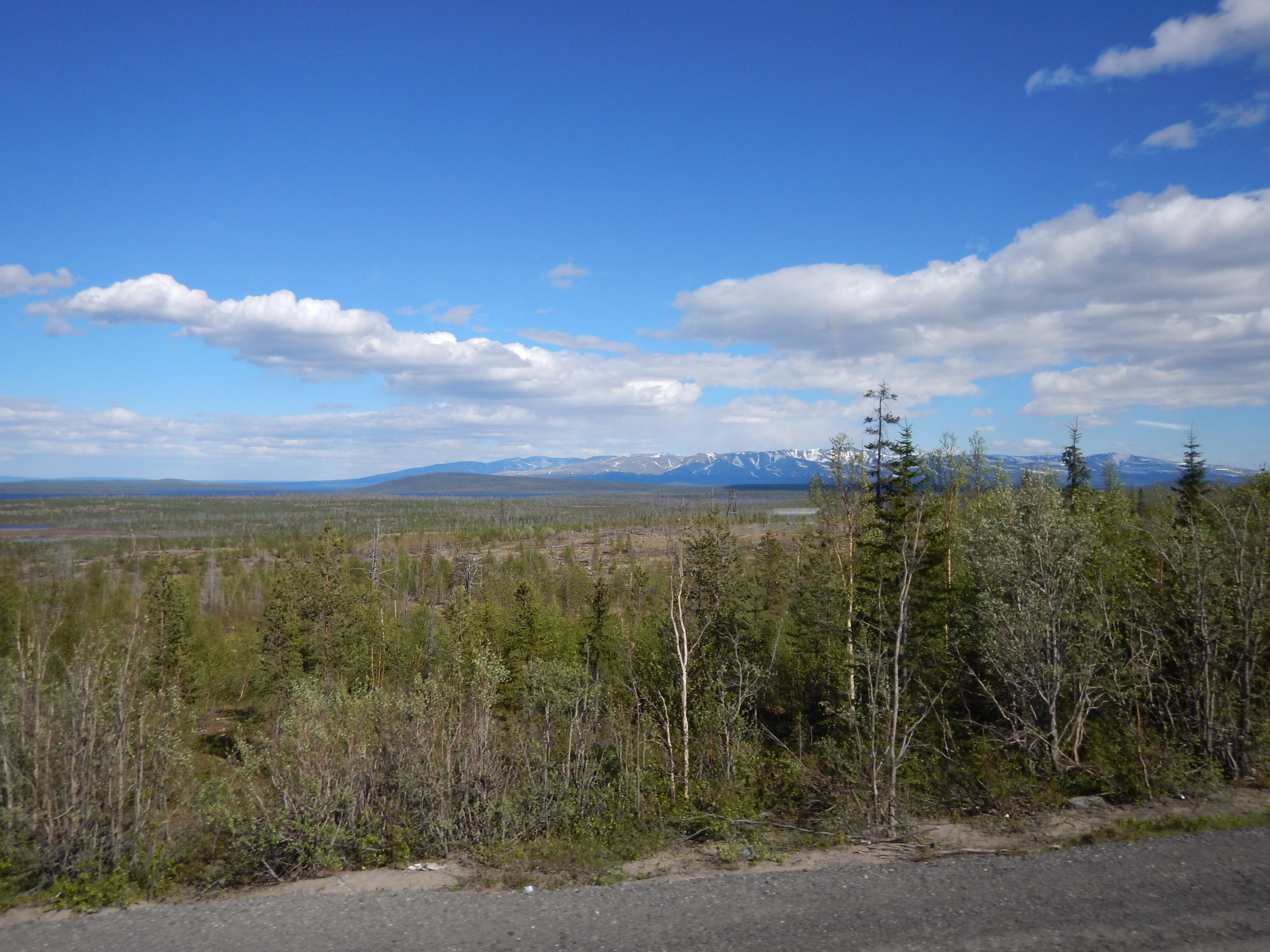 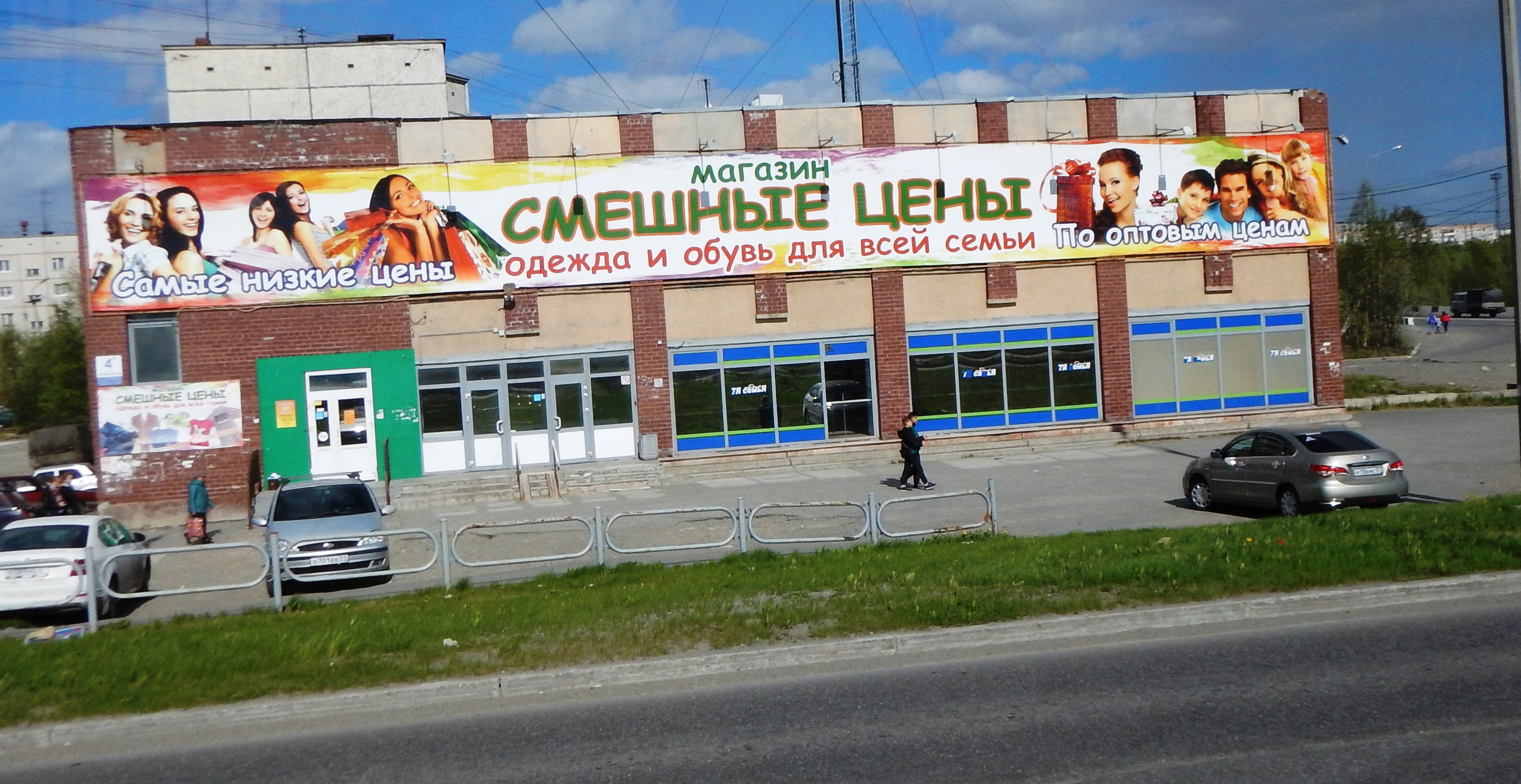 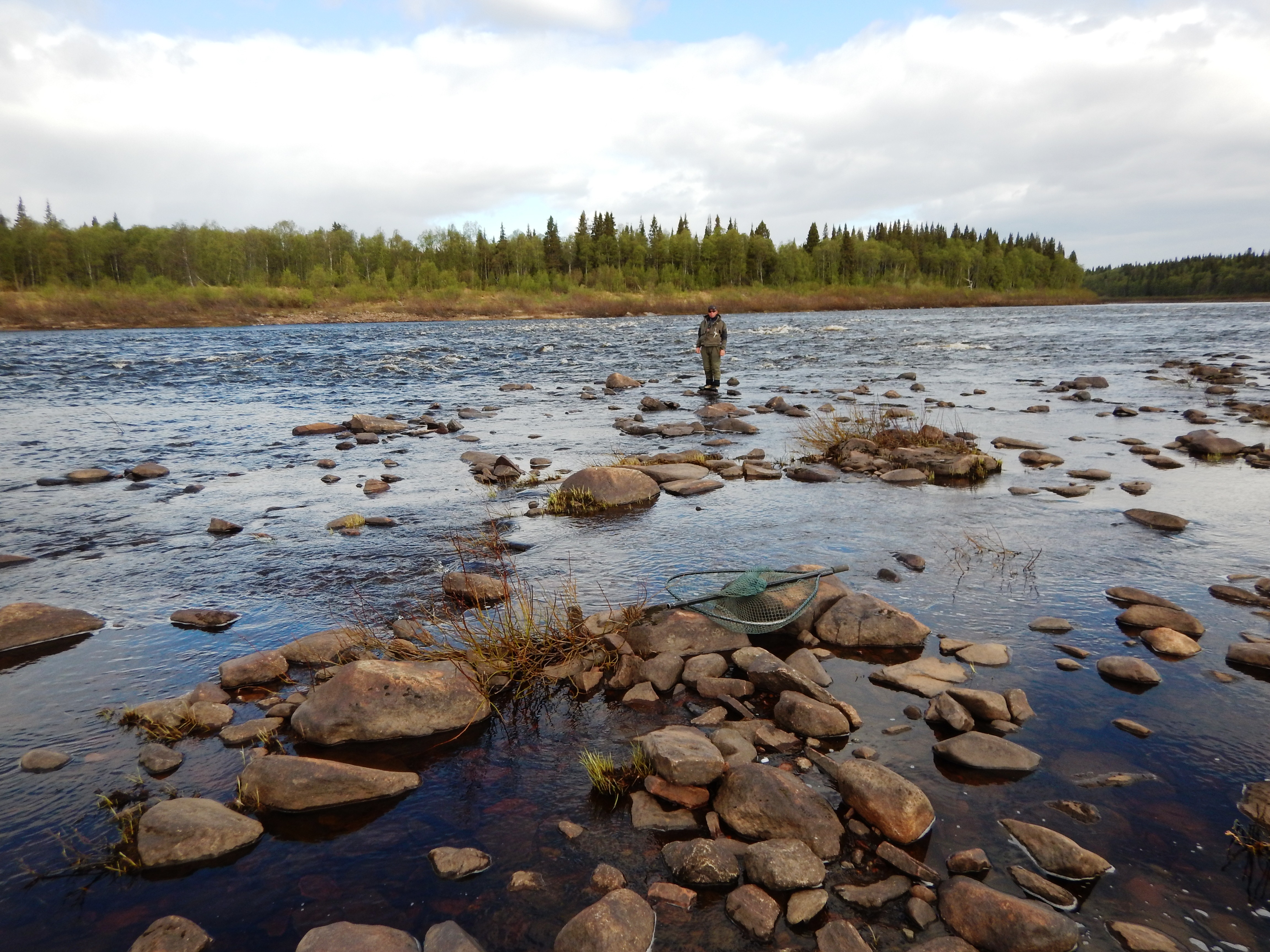 The Varzuga is a huge, rocky river. 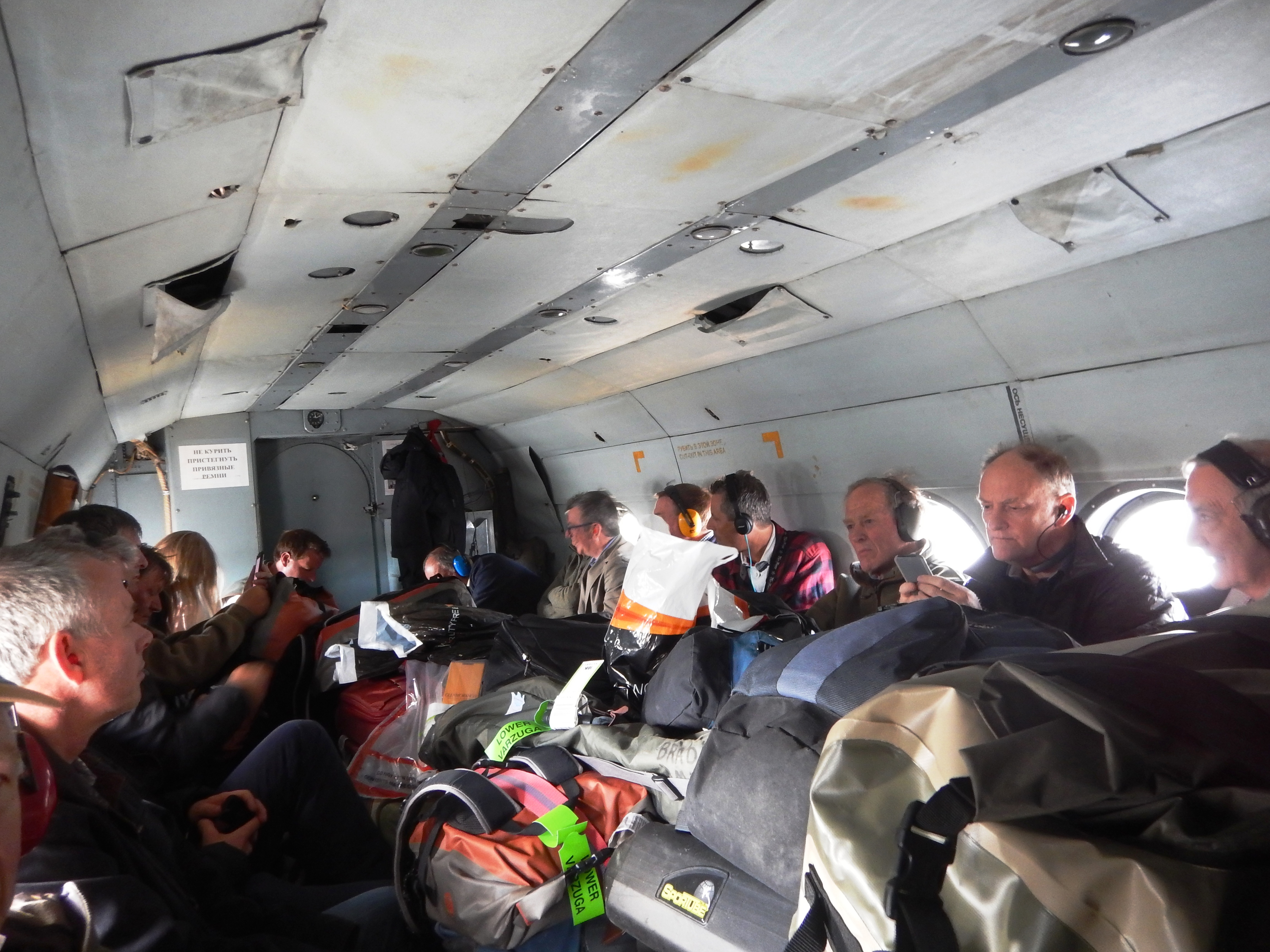 On board the helicopter headed in to Lower Varzuga. 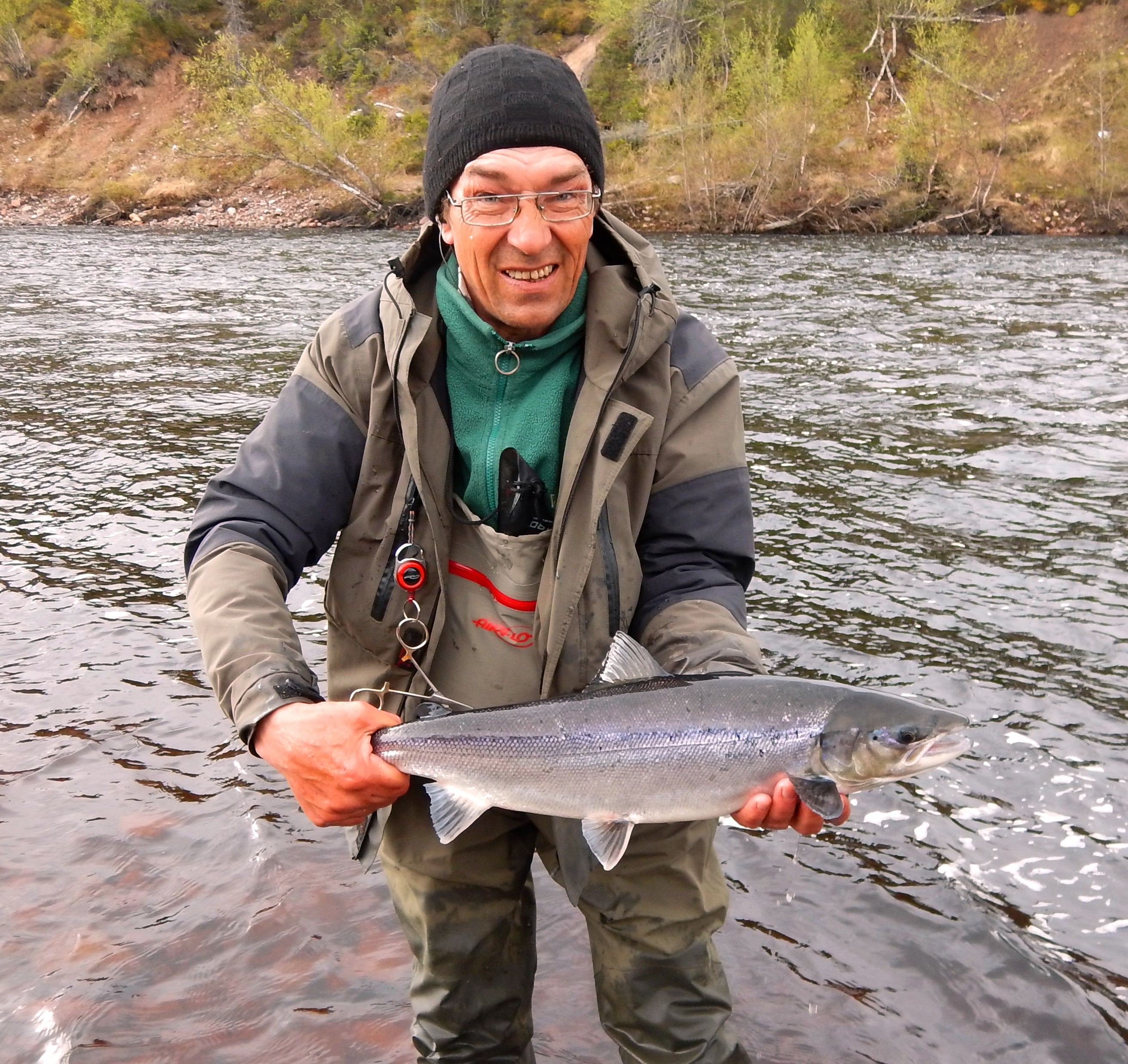 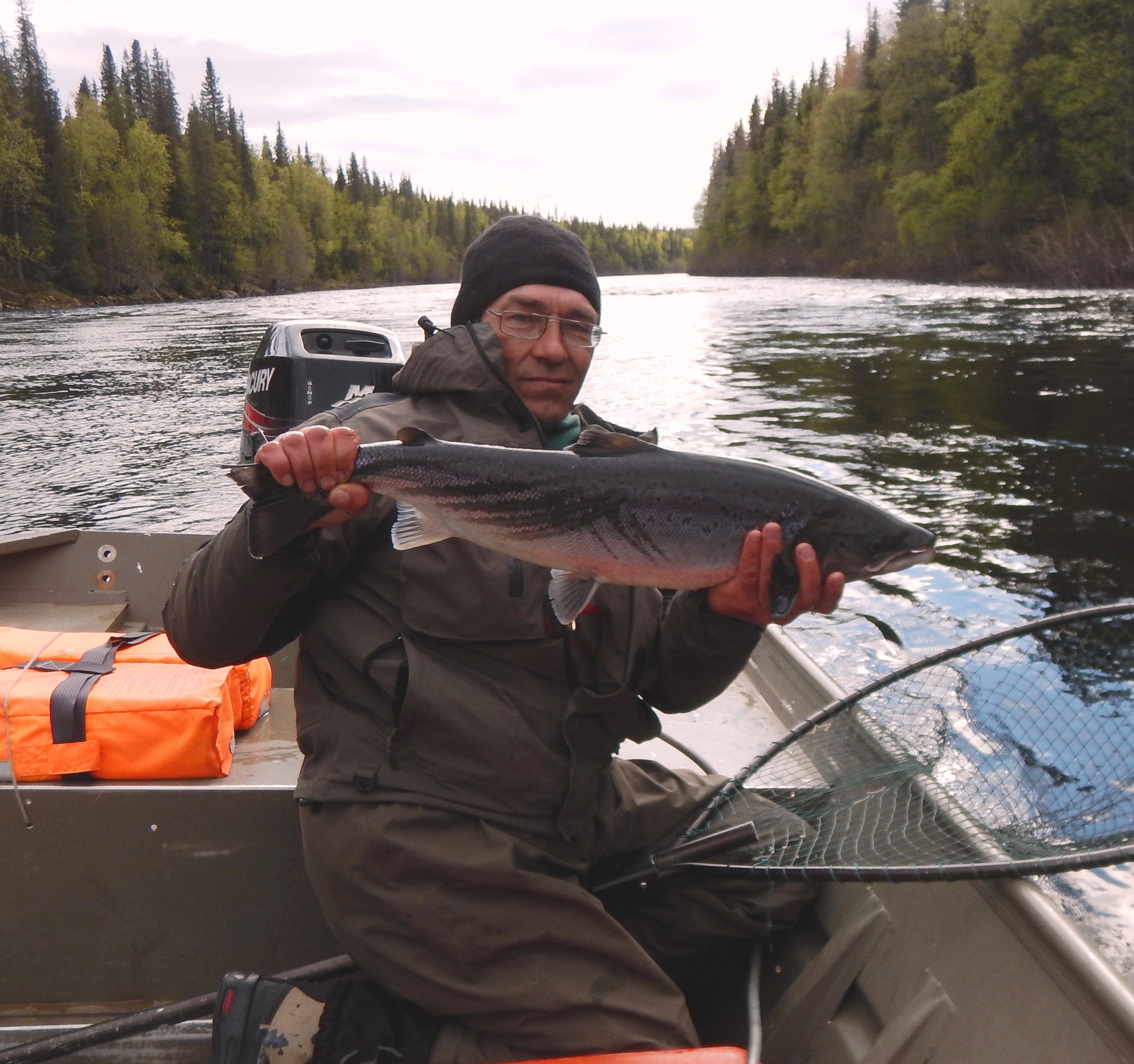 Osenka or ice fish… These are salmon that come in during the fall to spawn the next fall. Note the reddish tone to the belly. Osenkas are also slightly less shiny than a fish fresh from the ocean. These aren’t kelts, though, and they fight like the devil.  Some rivers like the Ponoi have a huge run of these fish.

Jamie Kilgannon from Scotland hooked up at the “Heli Pool” in the first hour we were in camp.