An article in the Miramichi Leader recently reported that the Natoaganeg First Nation’s band “Eel Ground” has been granted approval by the Department of Fisheries and Oceans for a commercial striped bass fishery with a quota of 50,000 fish per year.  The details of the distribution are unclear at this time, but the times when the fishery will be conducted are in late May/June and then again in October.  These are the times when the fish are in the river spawning and later preparing to overwinter.

Many salmon fishermen will be pleased because they feel a thinning of the bass population is desperately needed. Striped bass are widely believed to be eating a high percentage of the Atlantic salmon smolts that migrate out of the river to sea at the same time the stripers are massing in the lower river to spawn.  Survival of the smolts has been measured by the Miramichi Salmon Association and the Atlantic Salmon Federation, and while just a few years ago about 70% of the outgoing smolts survived to make it out of the river, now only about 25% are doing so.

Certainly a quota of 50,000 fish can easily be sustained by the 1,000,000 fish Miramichi striper population. We just hope that the fishery will be conducted such that Atlantic salmon bycatch will not be an issue.  Apparently the deal has been in the works for some time.  Fishing is expected to begin this fall.  It is not the only regulation that needs to be liberalized.  The Miramichi Salmon Association wrote the DFO that bag and possession limits need to raised, and that there should be no limits on the taking of striped bass angled in the river above the head of tide – where they would presumably be eating parr.  We sure agree with that!

The trap counts for both grilse and salmon on the Southwest and Northwest Miramichi Rivers are down through July 15 compared to last year. Grilse numbers are off about 40% one year to the next, and salmon are down 20%.  As of June 30th at least the salmon portion of the numbers had been up.  It is too early in the season to draw firm conclusions on the run strength.  It had looked brighter in late June, but we have been hit hard by heat this past month.  The weather people are saying that a once in 30-year high pressure system is channeling hot, humid air so that it runs right up the east coast and into the Canadian Maritimes.  Very unfortunately the warm temperatures have not been offset by good amounts of rain.  Rain cools down the river, flushes out the warm water, and a full river is more resistant to being warmed.  With water temperatures consistently too warm for salmon many fish will simply stay out in the Bay.  Hopefully this will result in a strong fall run.  Only time will tell. 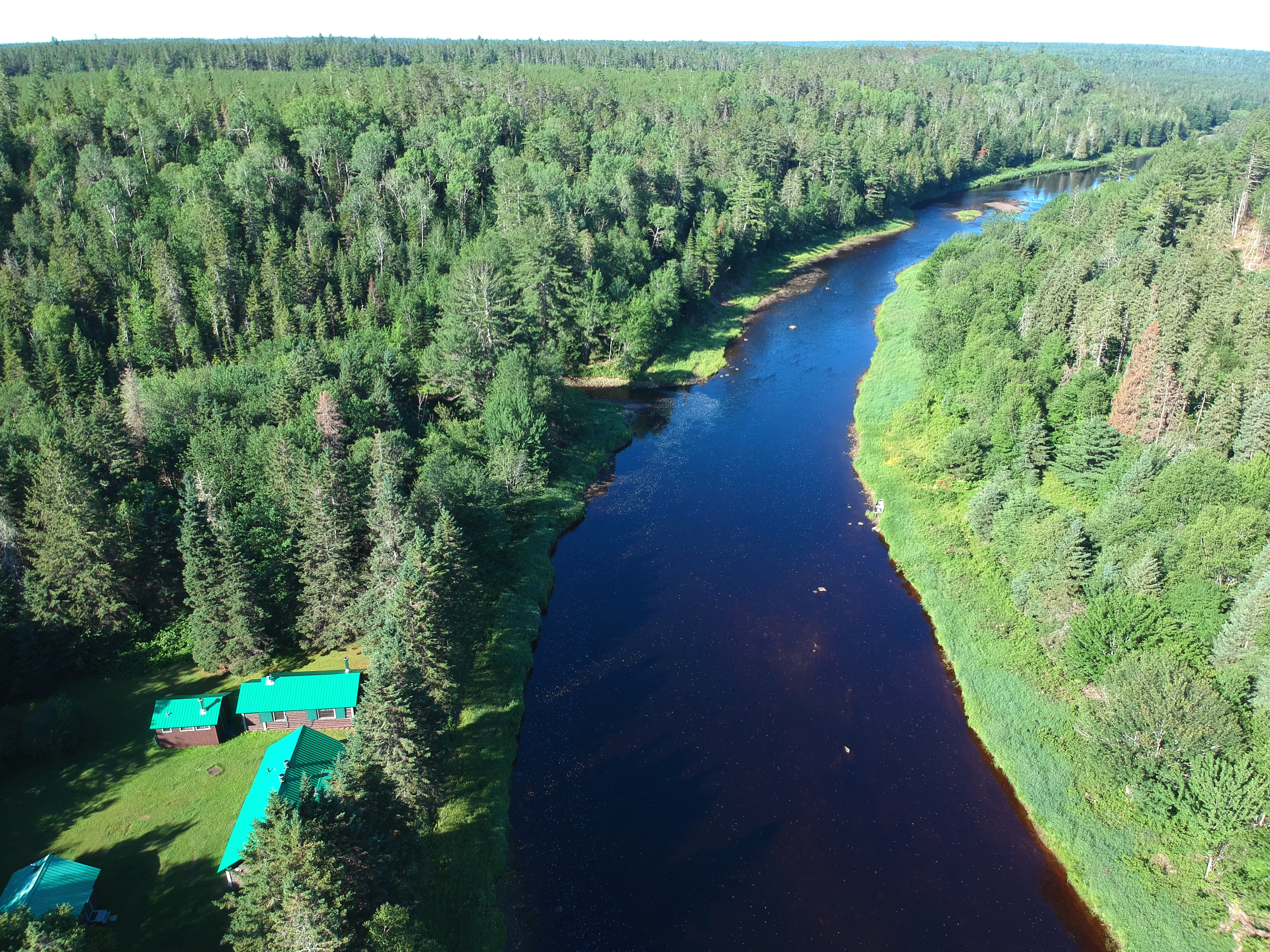 Things are pretty sleepy at Six Mile Brook Camp about 20 miles up the Cains River, but the fall isn’t all that far away now. Let’s hope that it is a good one, and that this pool and others like it will see plenty of big salmon this autumn.