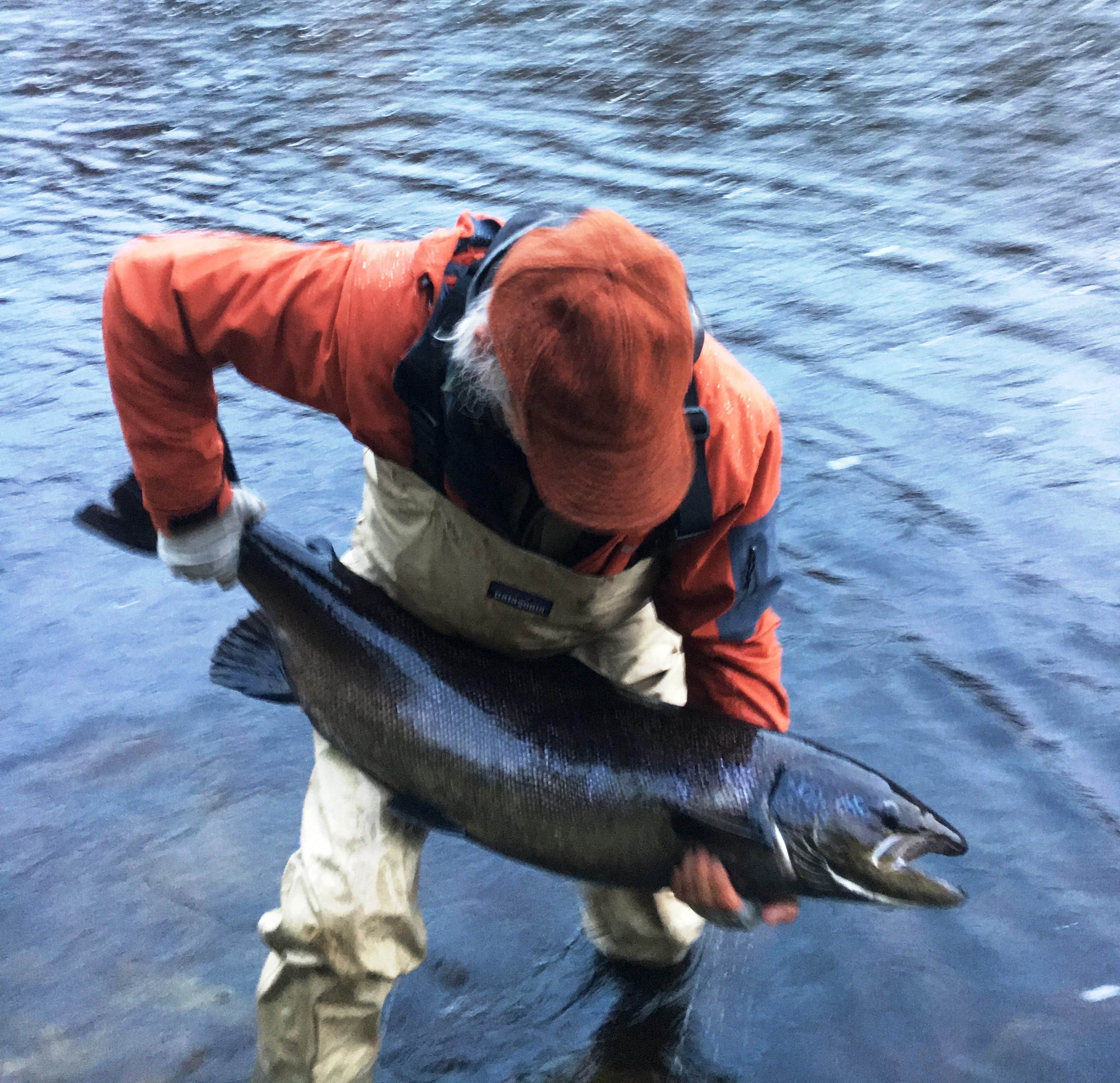 This humungous hen salmon was caught and released 20 miles up the Cains in the last few hours of the season. There were a good number of fish quietly pushing up the river that last week, and with the decent returns of large salmon we can hope for a good year of spawning.

The Department of Fisheries and Oceans “DFO” salmon counting trap at Millerton on the Southwest Miramichi River is finished reporting for the year. I have put together a spread sheet below that has the number of grilse on one tab and salmon on another for each of the bi-weekly reporting dates throughout the season.  I have also charted the counts throughout the season. 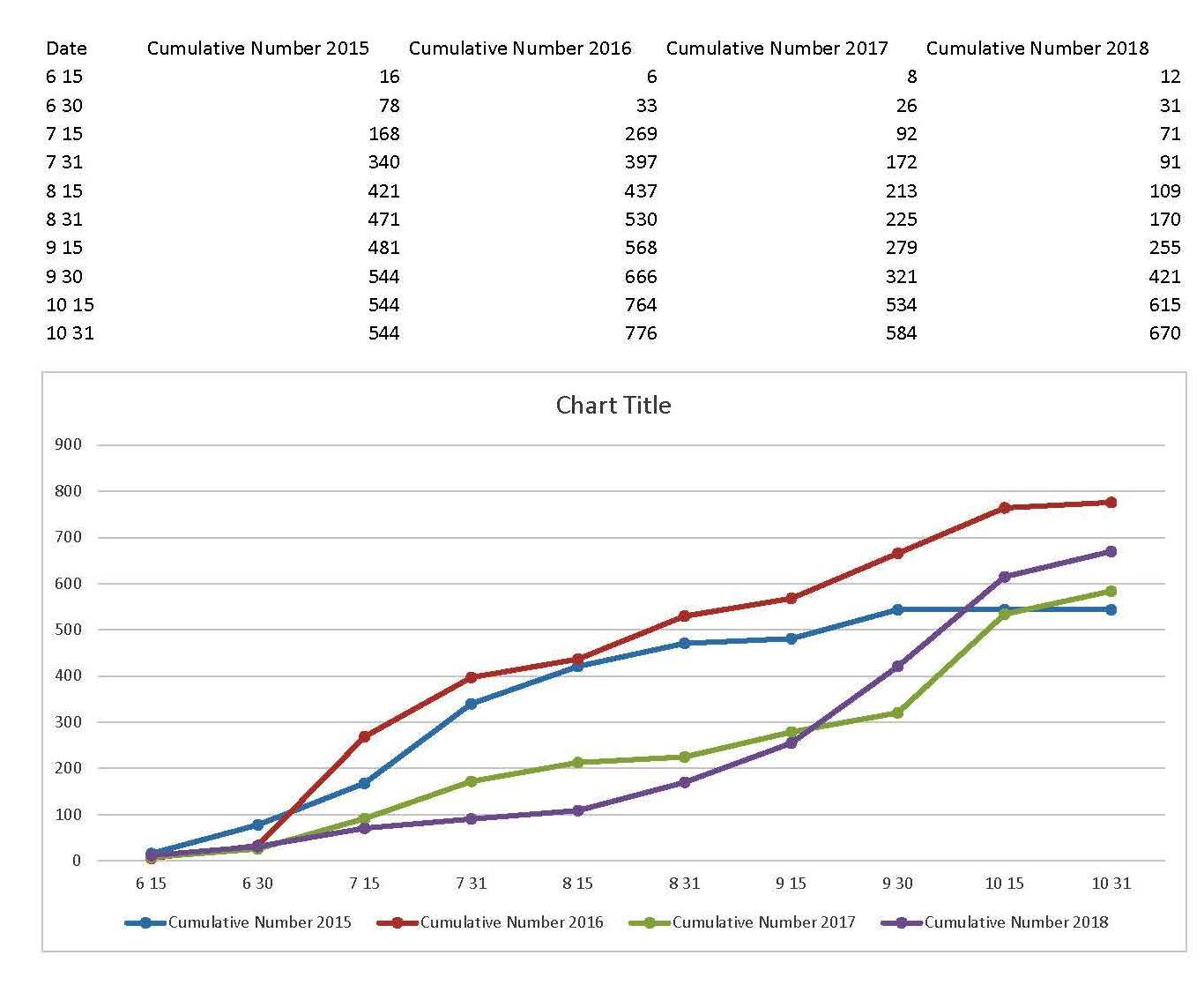 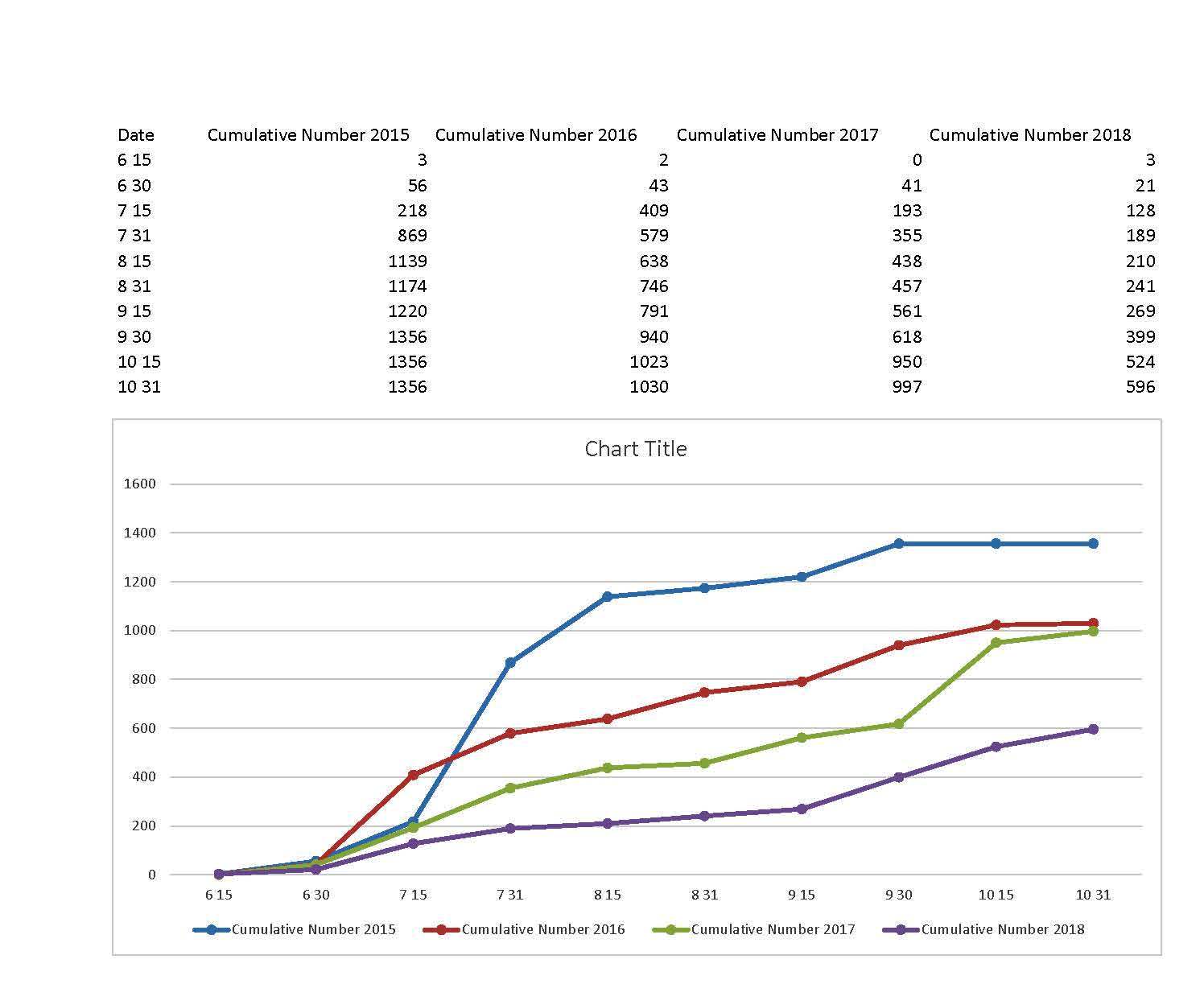 I’m not a biologist, nor am I someone who has worked closely with these numbers over a long period of years. I’m sure we’ll hear some analysis from some of these people as time goes along.  What these numbers actually mean can be simple, and yet the information can also be complicated as it may indicate future trends that aren’t at all obvious.  A couple of things that I have definitely learned, and that is that there is a fair amount of disagreement even among the experts as to what some of these numbers mean, and why they are occurring.  Also, I have learned that DFO takes a fairly long term view of the numbers, and no one there is reacting any too quickly to whatever the news may be.  That can be good as the general trend in the United States is for fishery officials to increase harvest on the hint of good news, and drag their feet when it comes reducing harvest levels.  It can also be bad as the wait and see attitude can take you to a point where corrective actions eventually need to be much more draconian than would have been necessary initially.

Later on this fall the data from the CAST cameras at the Blackville Bridge will be available, and at that time I’ll do my best to reconcile what they found with the Millerton data and see if their some new information to share.