ICE OUT – Here is the post that I’ve been waiting to make for the last two weeks. Even though this was a cold, late spring, the ice has been thinning out for the last several weeks, and there have been open channels in many sections of the river.  Pictures of the Cains River with the ice gone near the Doaktown Road bridge were posted on Facebook back on April 1.  The substantial snow storm of April 4 depressed everyone, and appeared to set us back, but today the ice has left the river in front of Campbell’s Pool in Blackville.  The warm weather forecast for the next few days should sweep all vestiges out into the Bay.  I’ve been saving pictures that I’ve been receiving from people like Jason Curtis, Darrell Warren and Gary Tanner so that I could show you a picture timeline, and they are pasted in below with captions.

An amazing thing about this spring is that for all of the ferocity of March and even early April, the melting has been quite orderly, and the river height is low for this time of the year. Having the ice leave without a destructive tumble is good for the river and its fish.

There is still a substantial amount of snow everywhere along the Miramichi, though, and with warm temperatures and a solid rain forecast for Monday the 15th – opening day of salmon fishing – we will almost assuredly see a much bigger river next week.

AUCTION – the auction to benefit the MSA that you can reach by hitting the Auction tab in the upper right of this website closes Monday at 6:00 PM. The Wilson’s trip is sold and so are the Cains River streamers in the shadow box.  We have now sold 5 of the Cains River maps.  Two hit buy it now on the auction site, two others just e-mailed me and simply bought a copy of the map.  The fifth one has an opening bid of $250 and if there were no other bids they would own it for that price.  I’m certainly hoping that there will be more sold to add to the order all ready at the printers.  I will keep putting up new print auctions as others are sold right until the end of the auction.  Don’t hesitate to e-mail at bigbass@maine.rr.com if you prefer to go that route.  These are expensive to make Giclee prints, but they are the best quality.  Here is something about Giclee prints from the internet:

“Giclée printing is a process that uses fade-resistant, archival inks and archival substrates to print on large format printers. Giclée printing is often used by artists to make reproductions of their original two-dimensional artwork, photographs or computer-generated art for resale while preserving the original.

Hopefully in a few days we will start with the 2019 fishing reports. If you have some fishing results to report don’t hesitate to send me an e-mail with the info.  Thanks for reading.

Spring 2019 ice out progression in pictures: 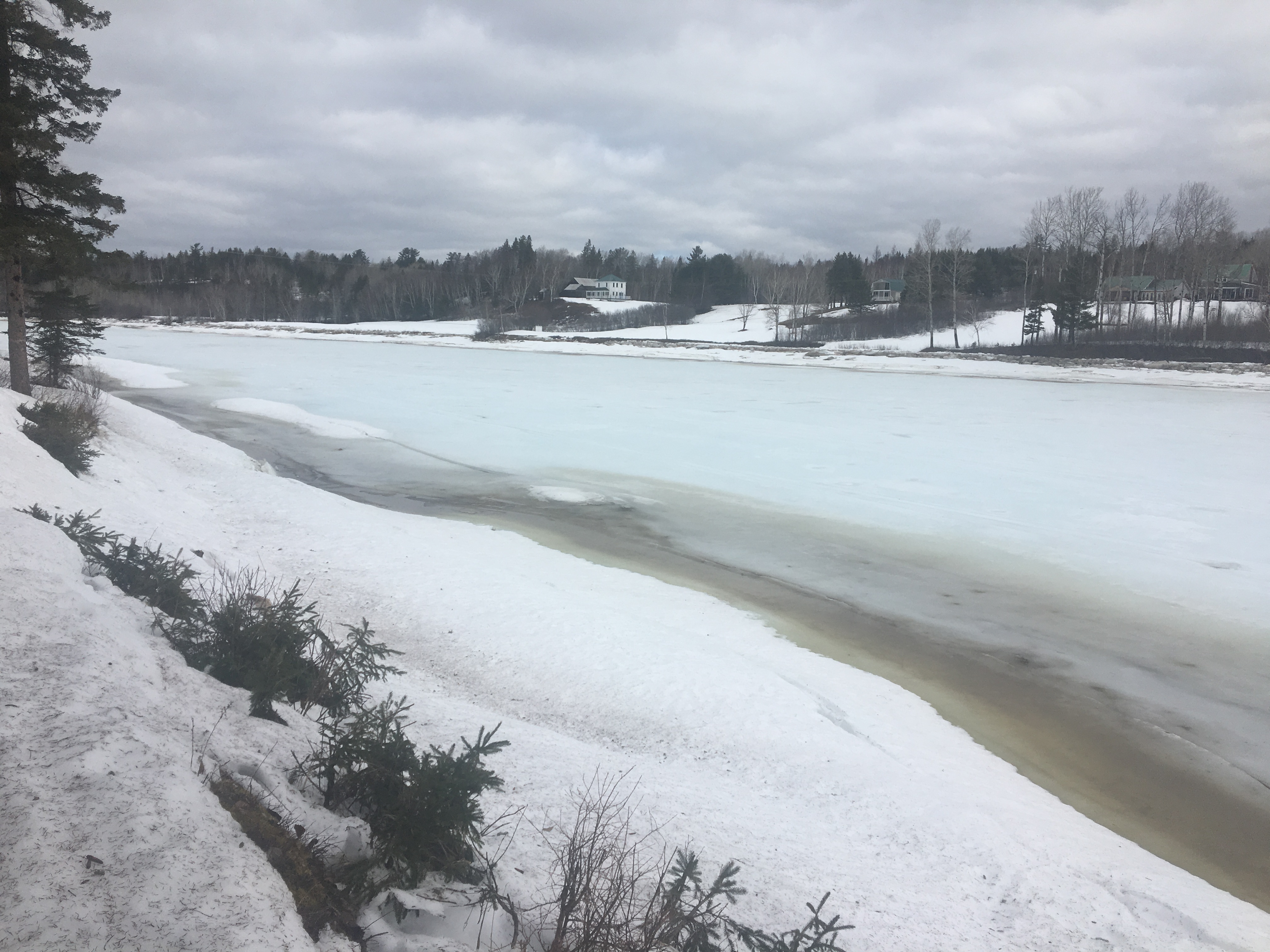 April 1 First chink in the armor. 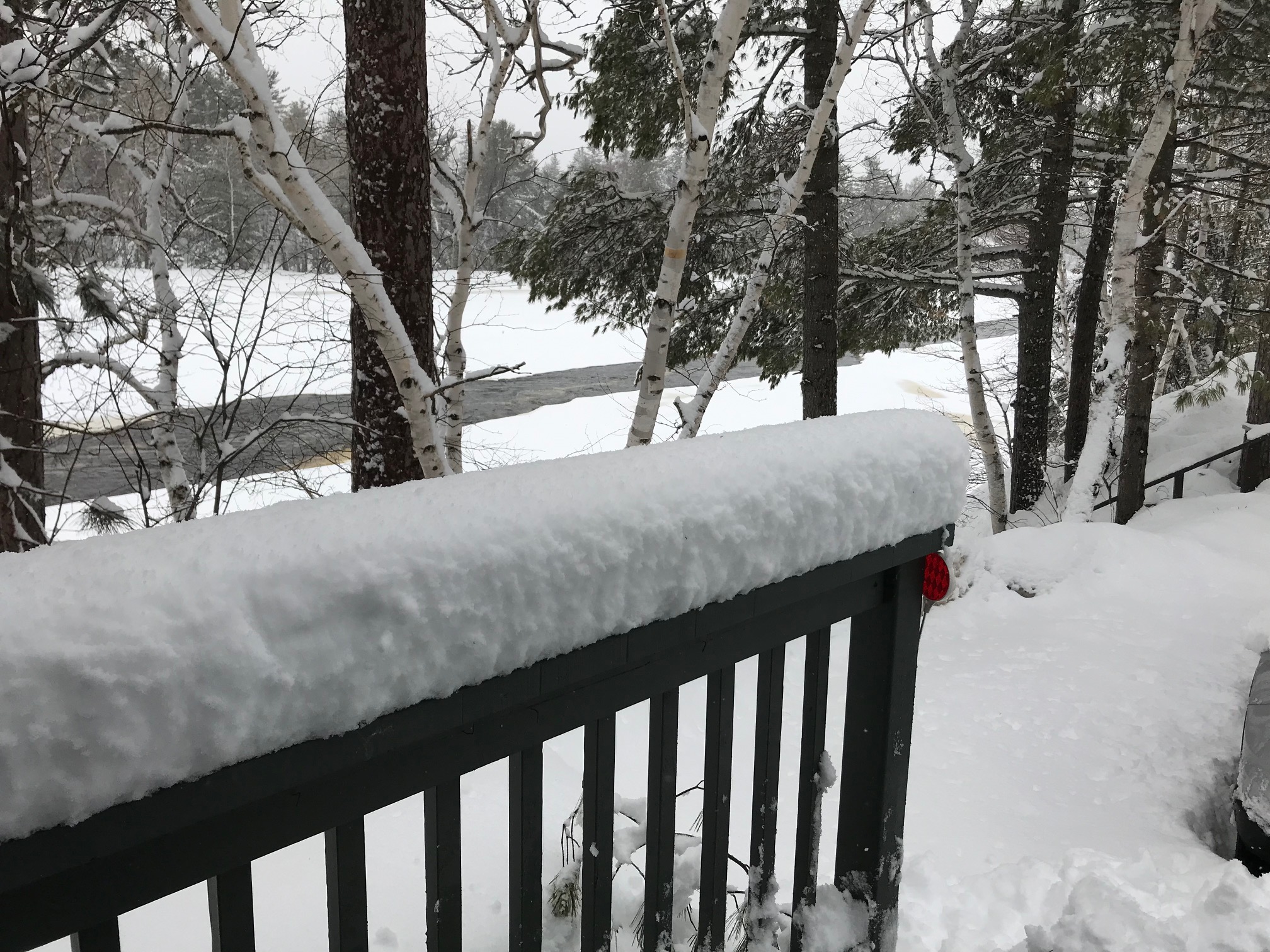 April 3 Lots of snow in Boiestown, but an open sliver of a channel. 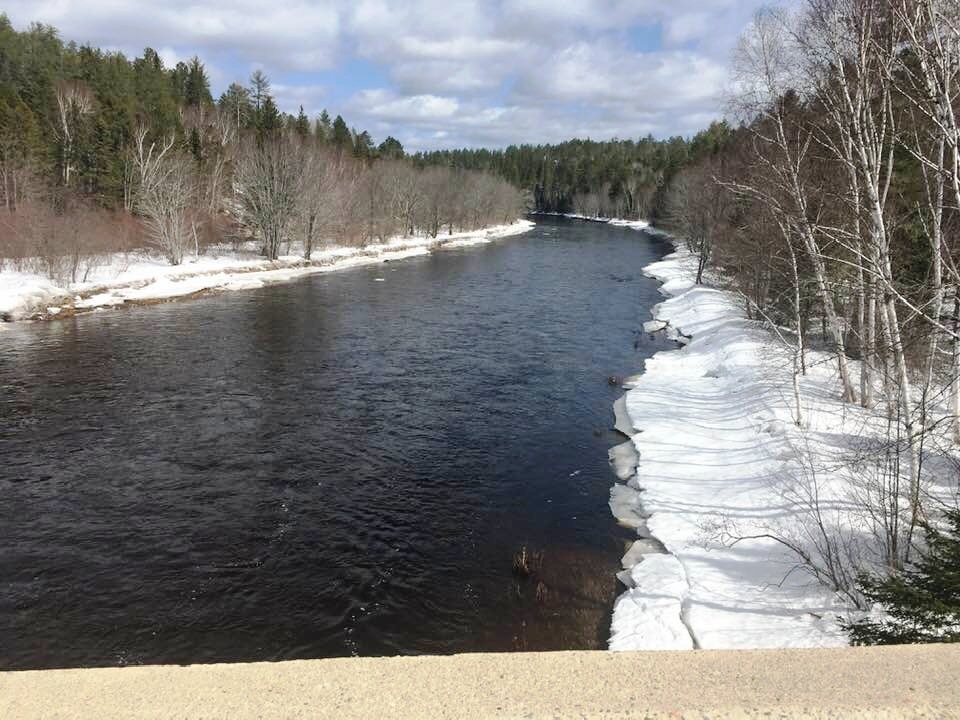 Later on April 3, but the Cains is open on the Doaktown Road. 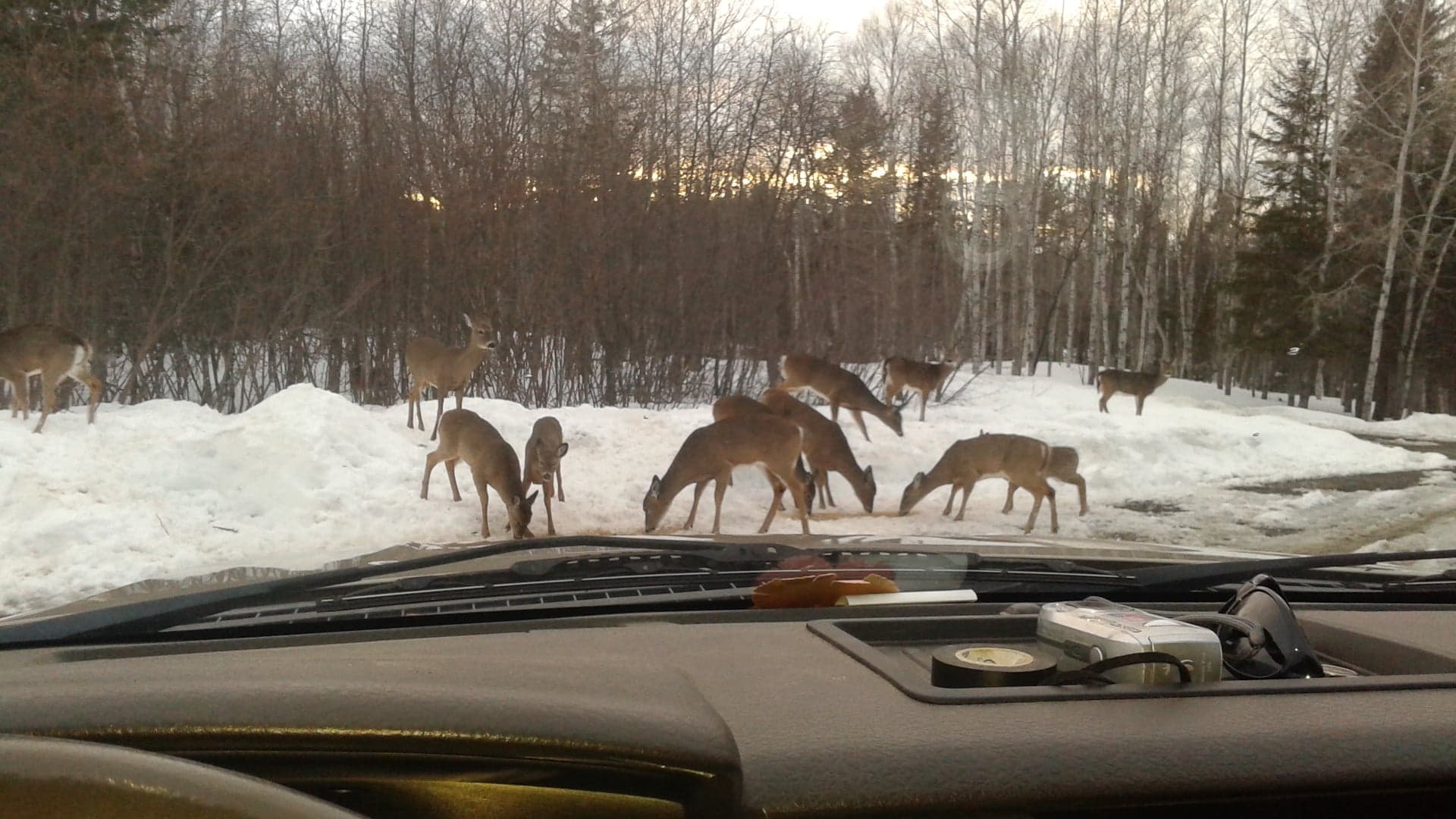 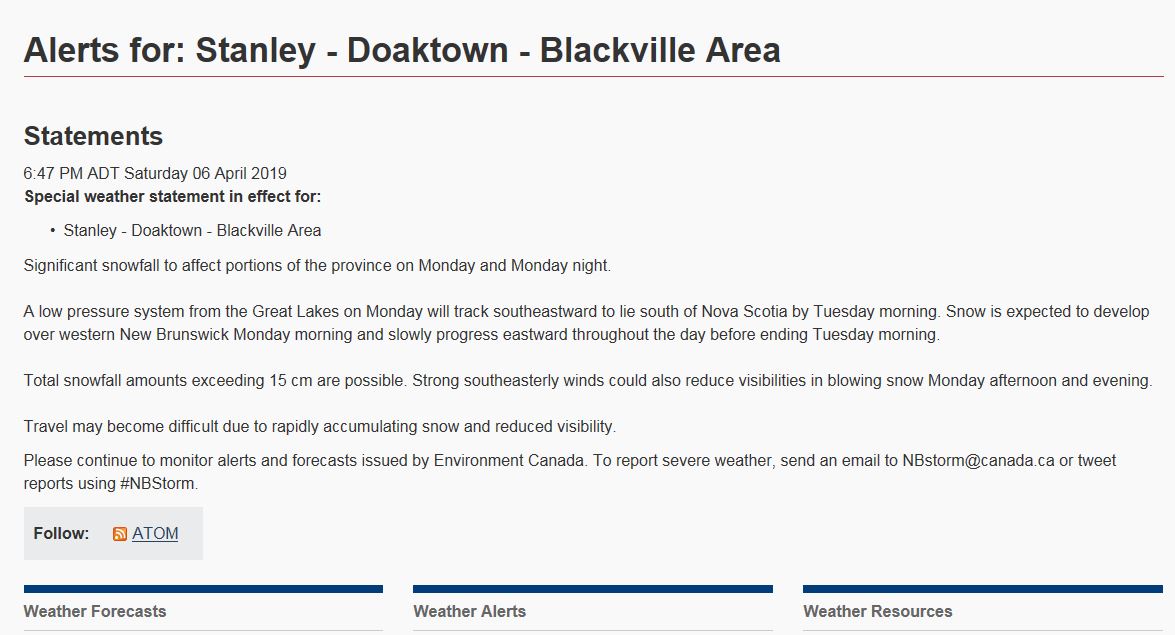 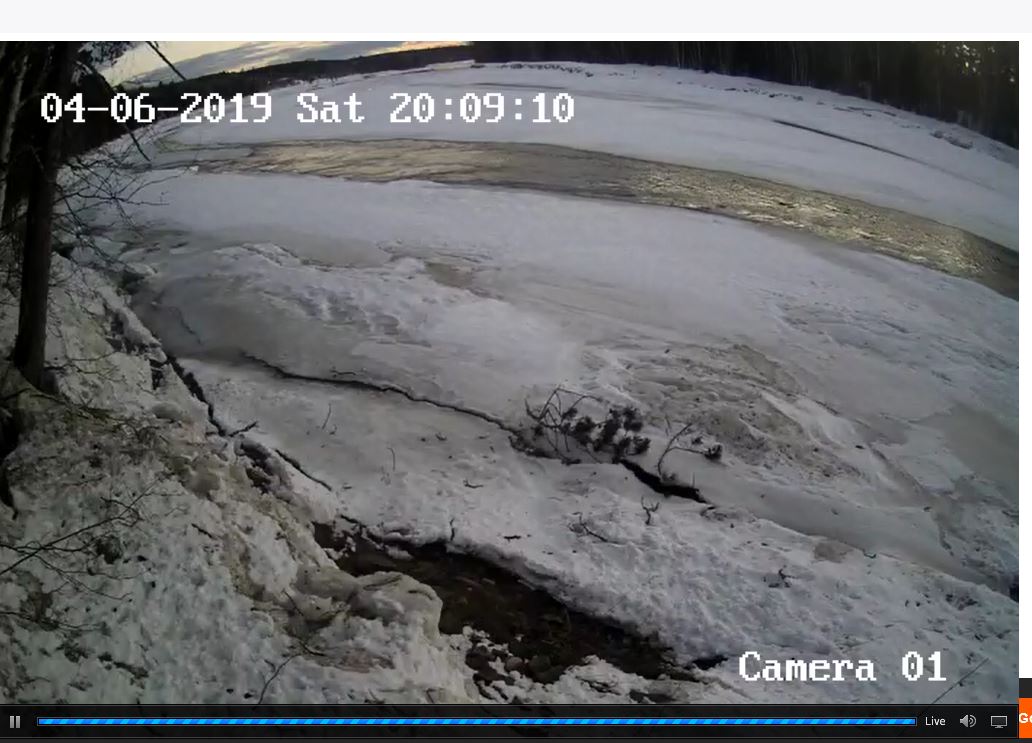 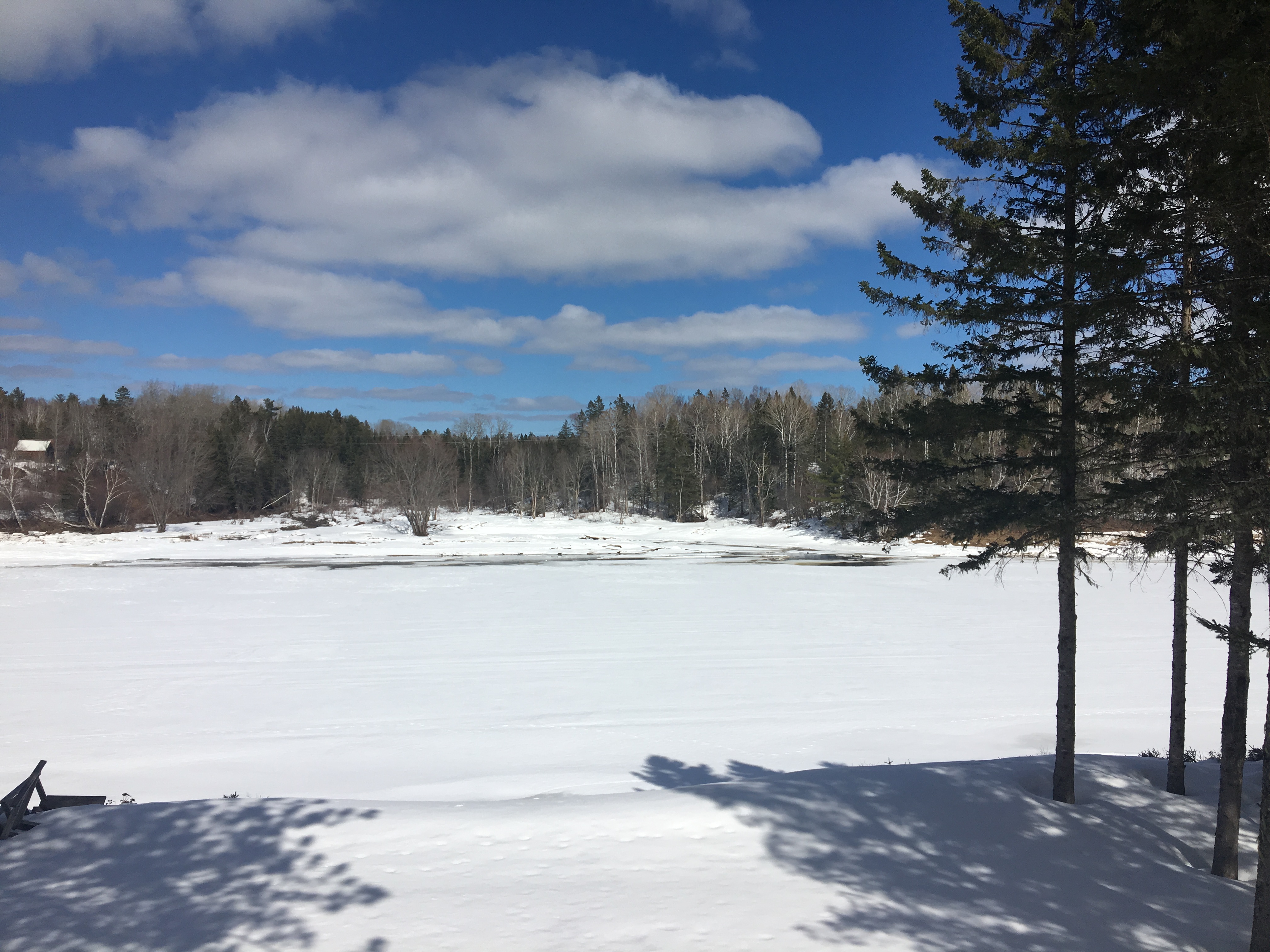 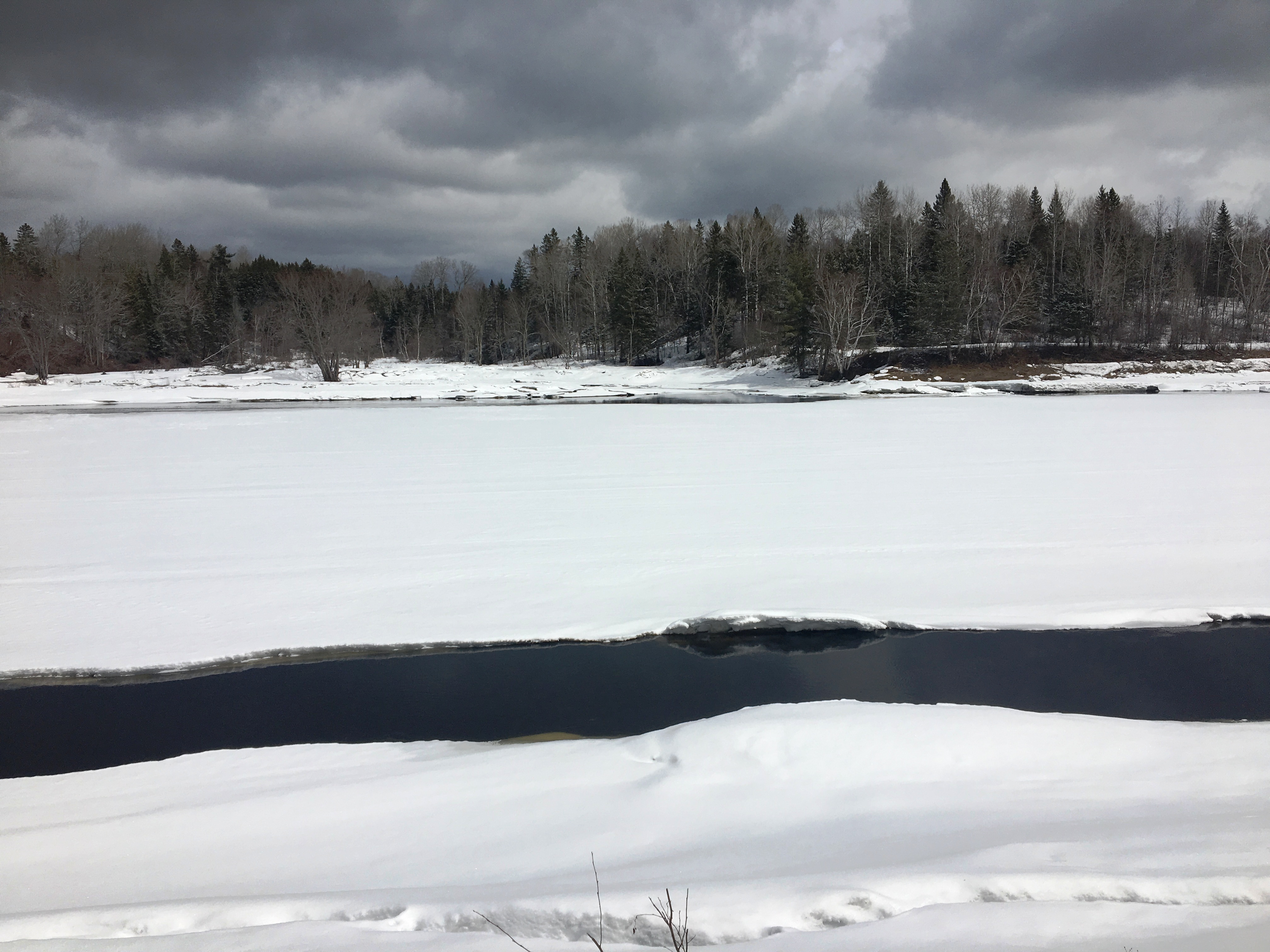 April 10 open on both sides of Miramichi just up from Campbell’s Pool. 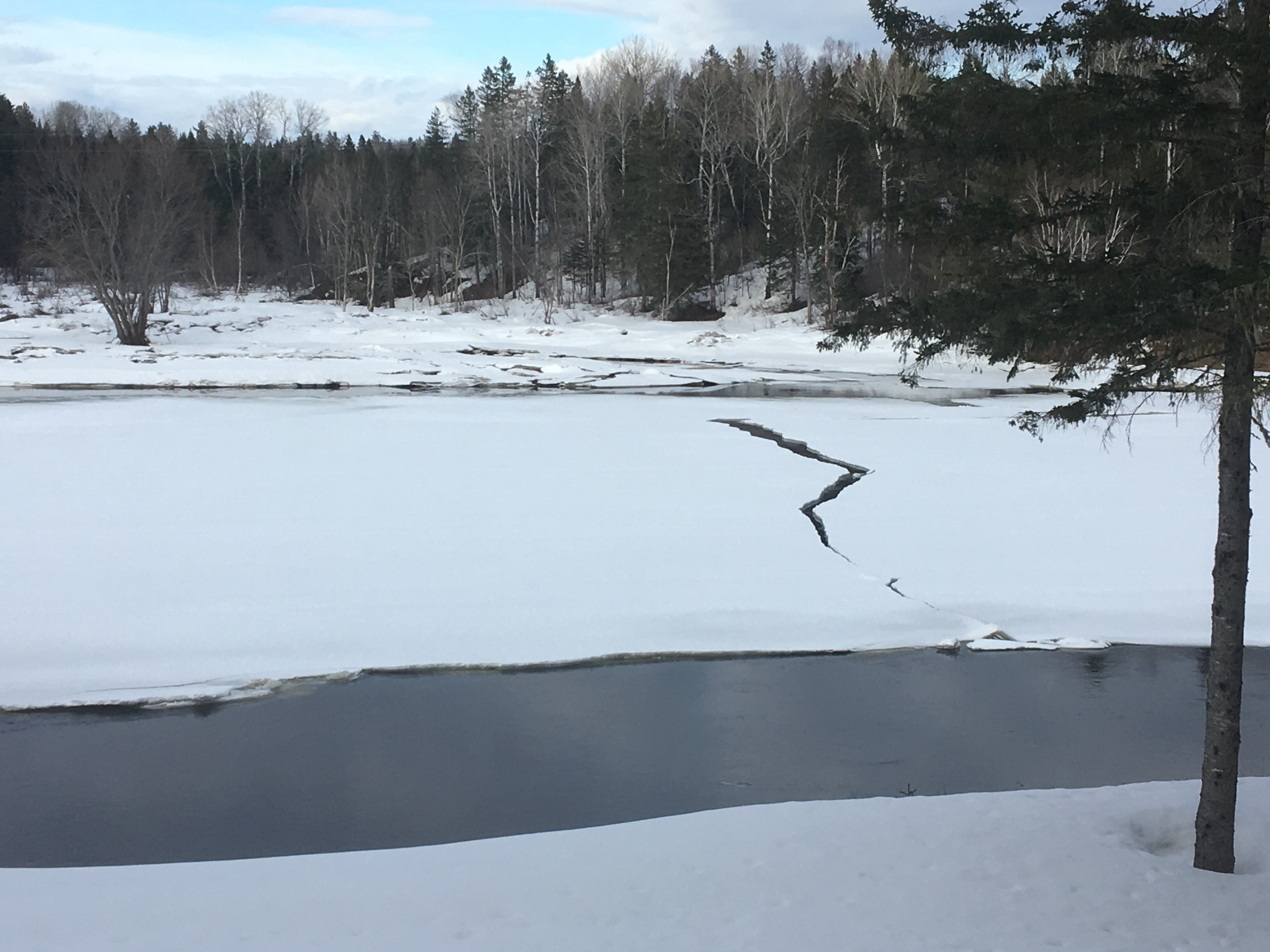 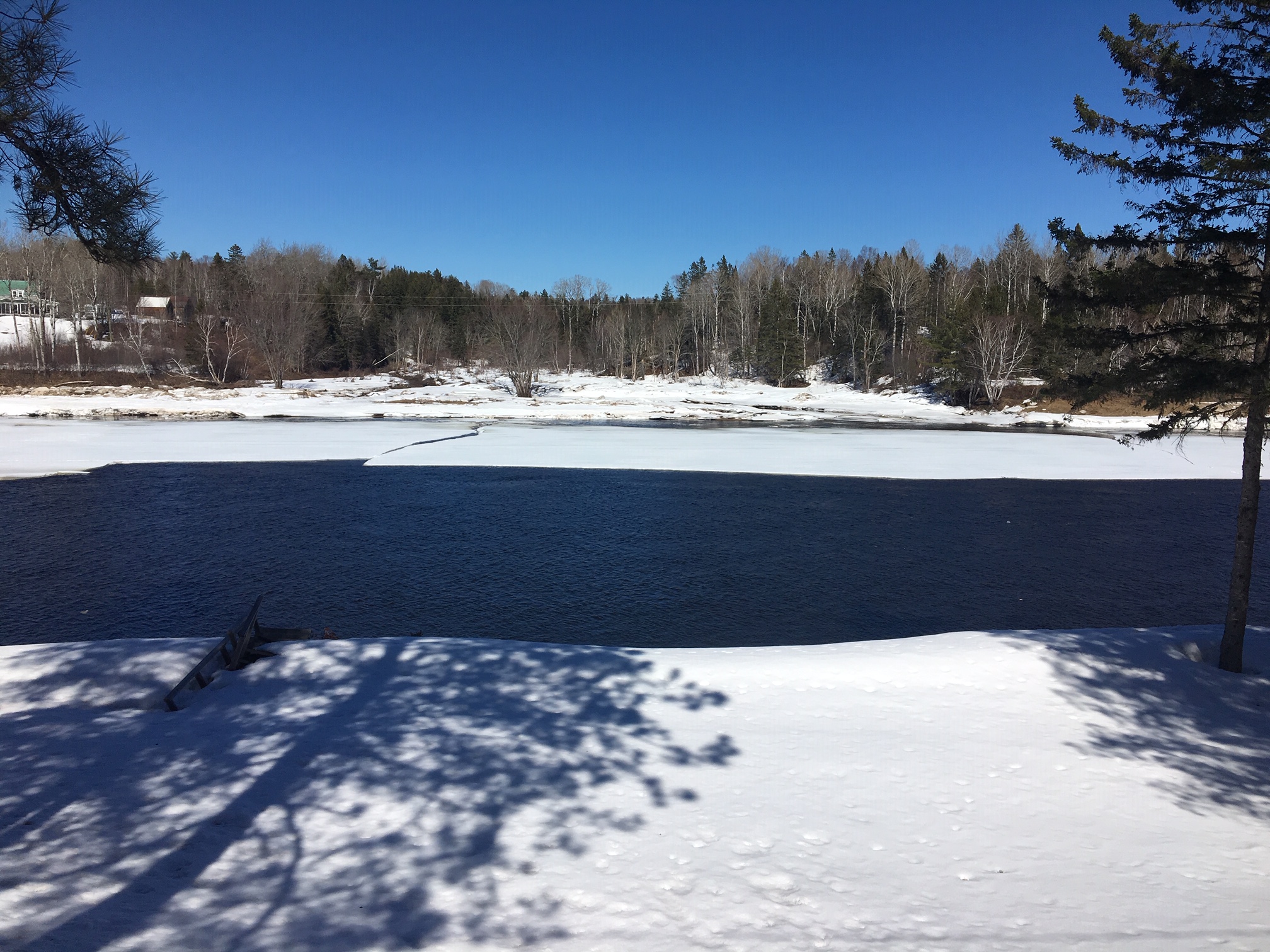 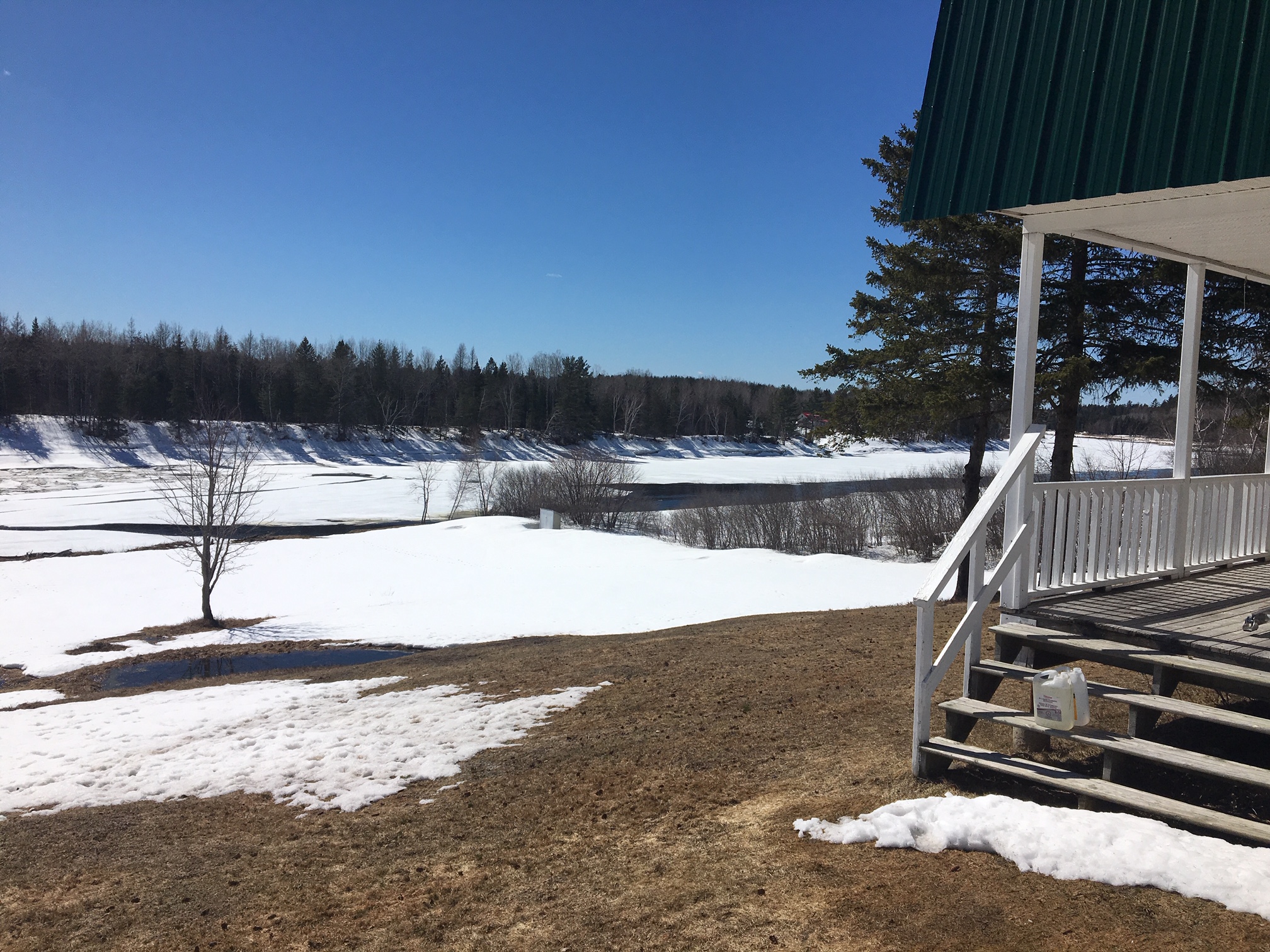 April 11 not quite as open from Campbell’s at mid day. 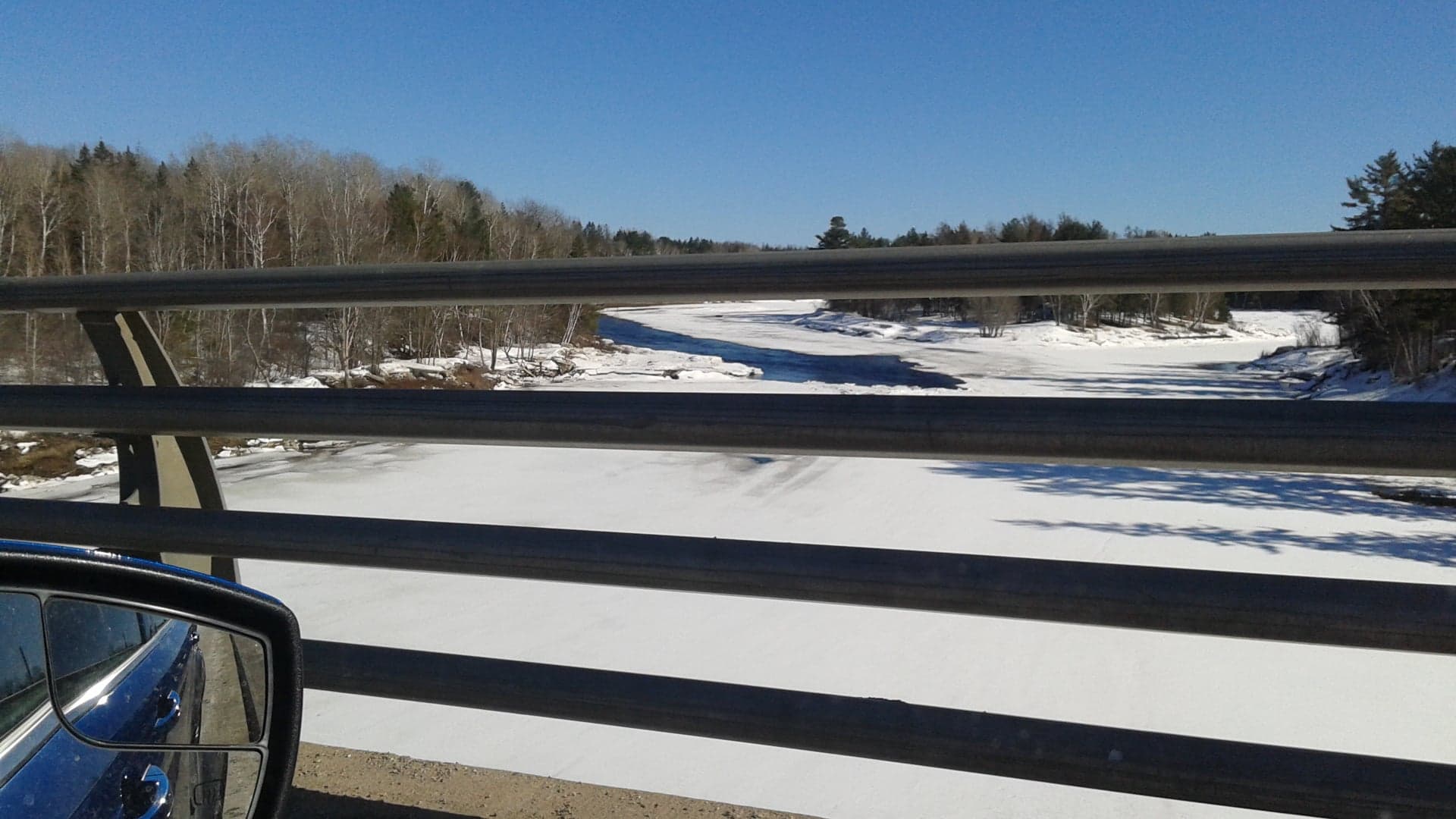 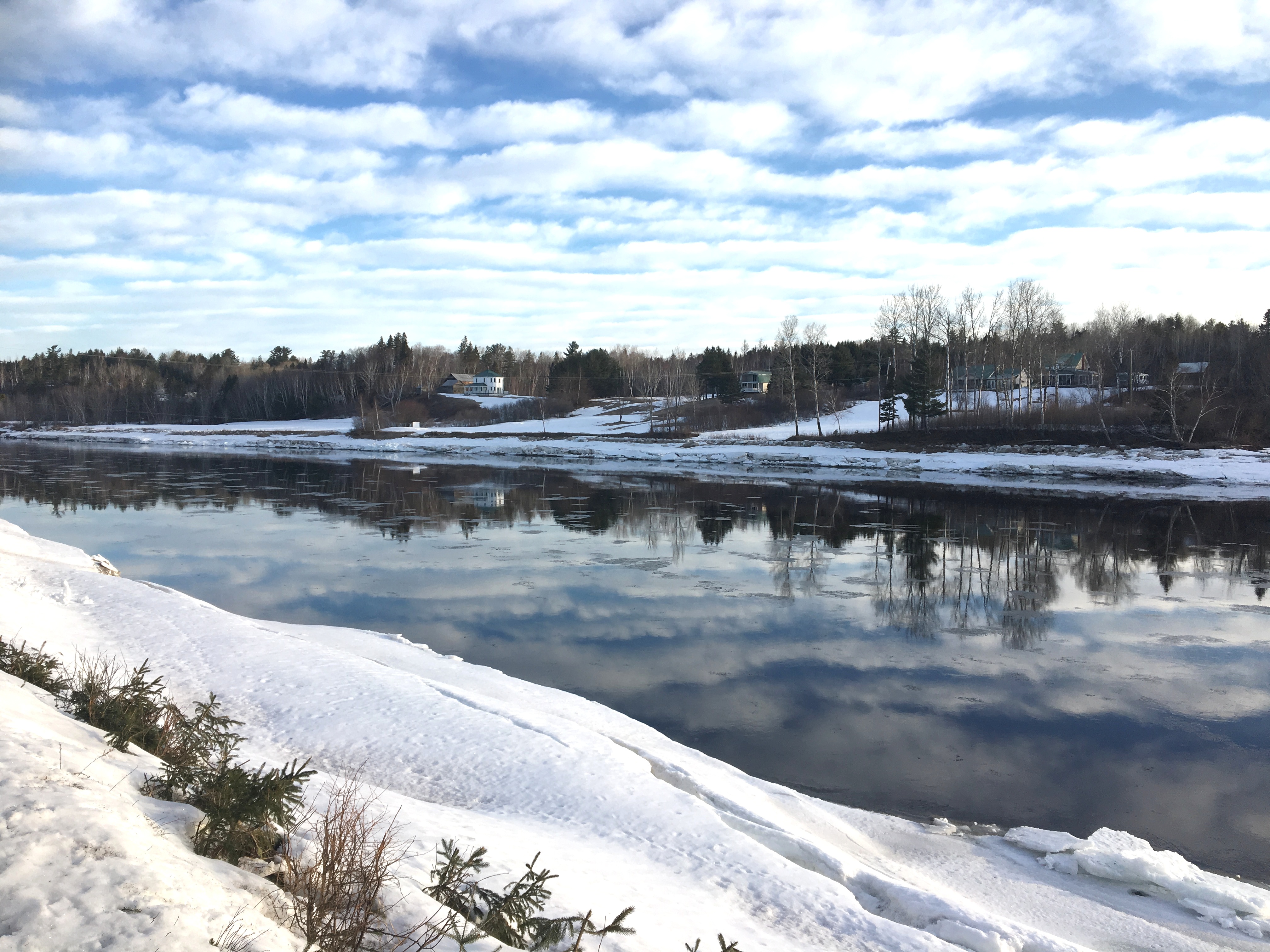 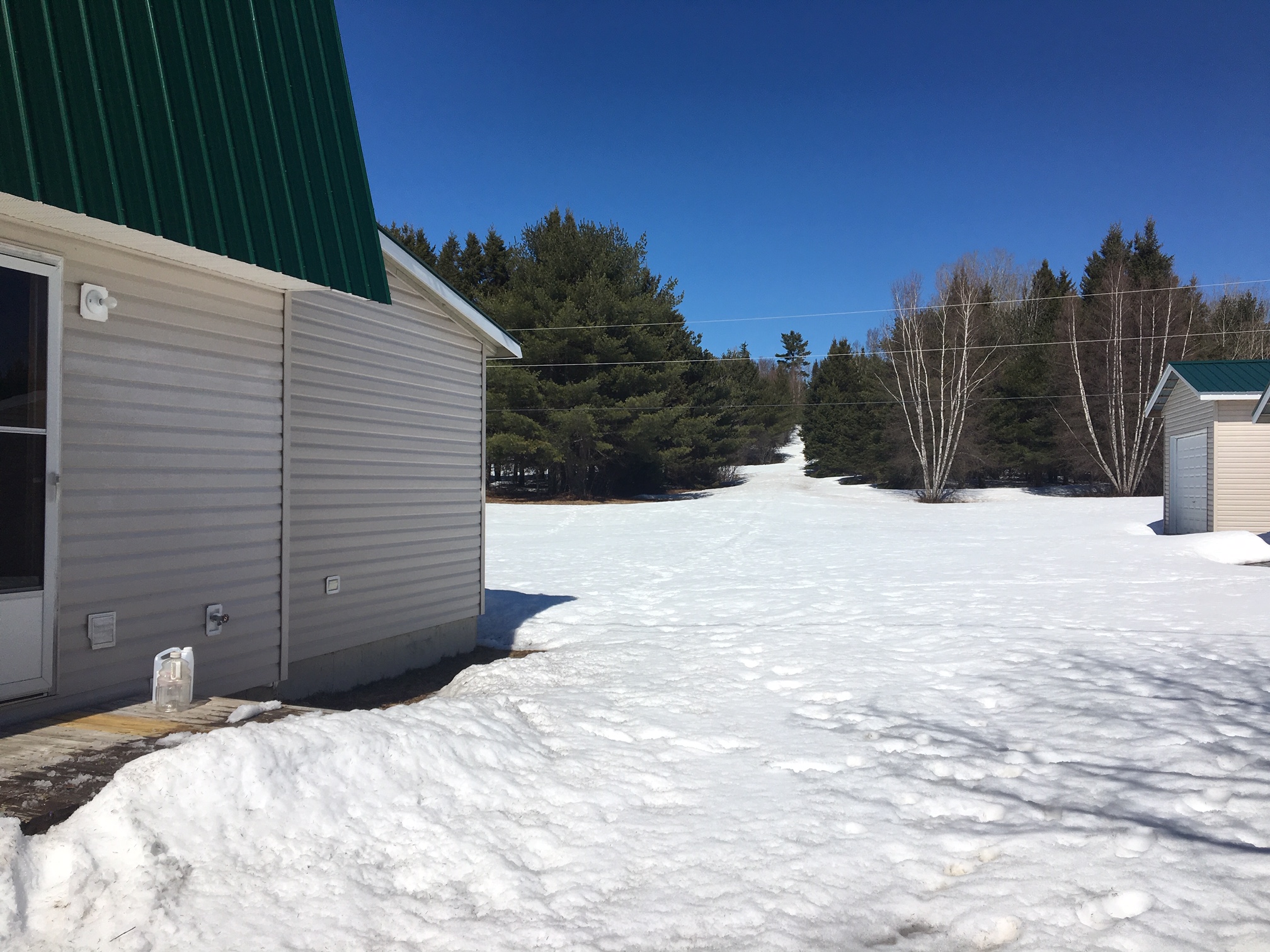 April 11 Plenty of snow still to melt and provide a raise.

Eddie Colford of Black Brook Salmon Club sent me a few pictures of the river near the mouth of Cains this morning.  Here are a couple: 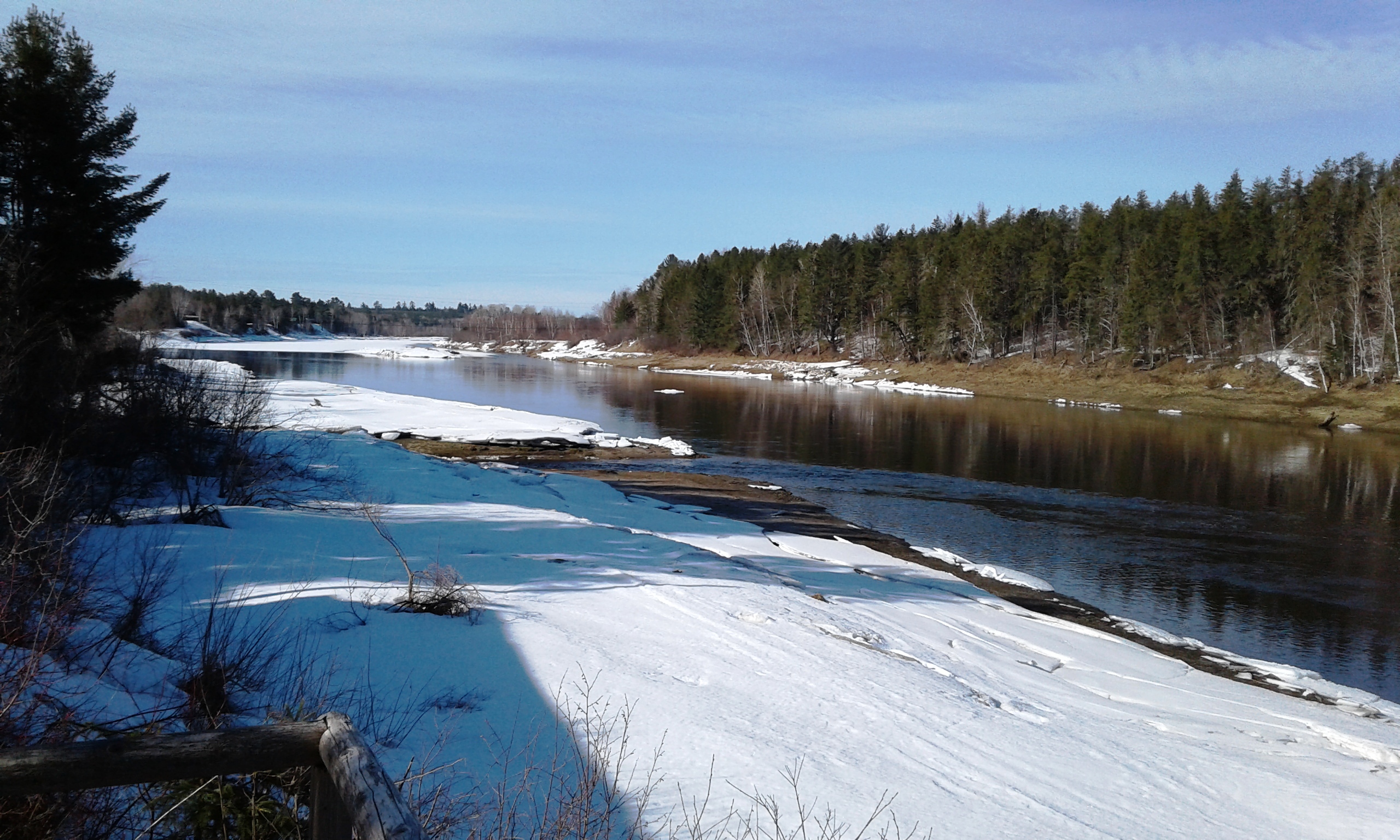 April 12 No ice from the mouth of Cains on down, but you can see that it remains on the Southwest Miramichi above there. Anyone know the name of this stream entering the main river??? 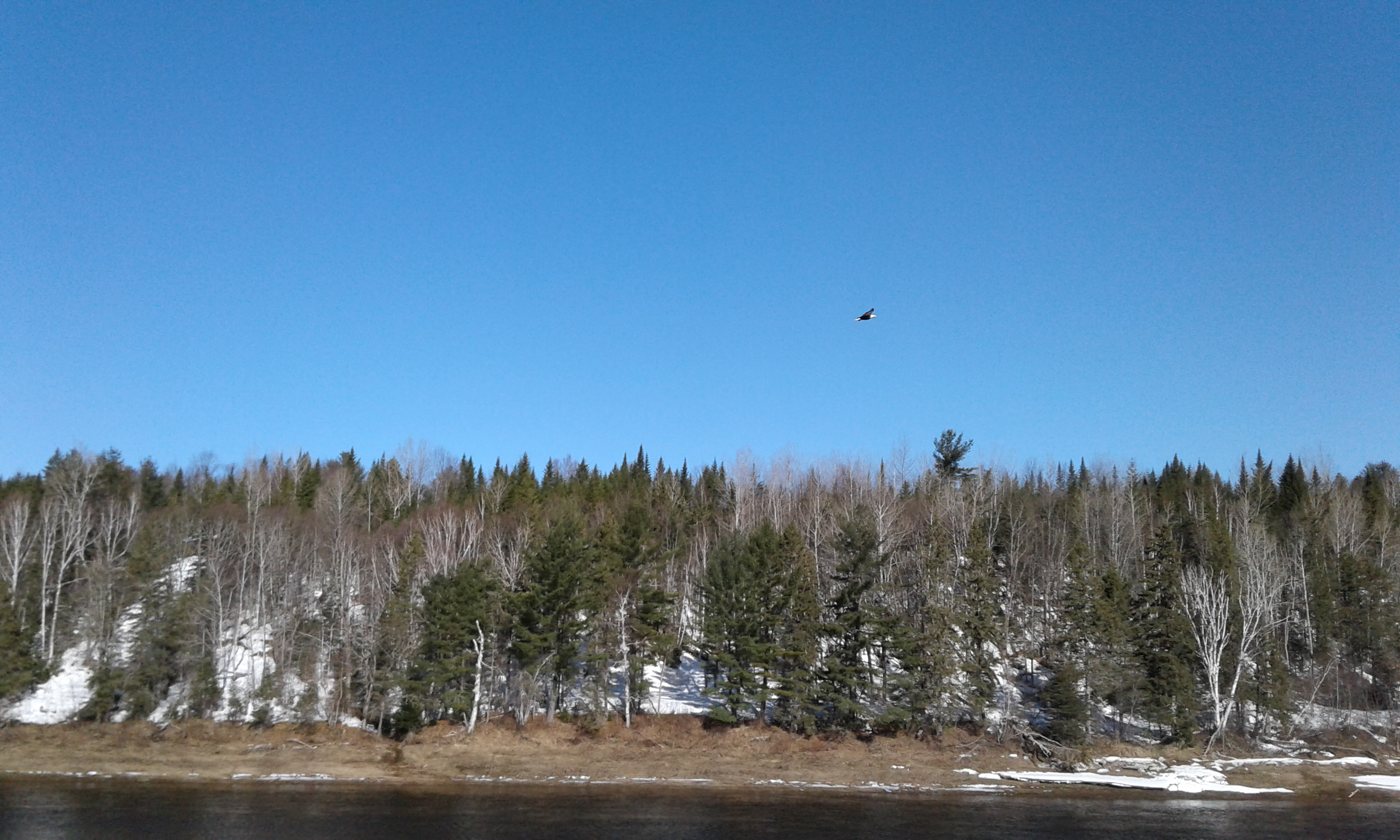 His majesty on patrol over the Miramichi.

12 Comments on “Miramichi Ice Out”