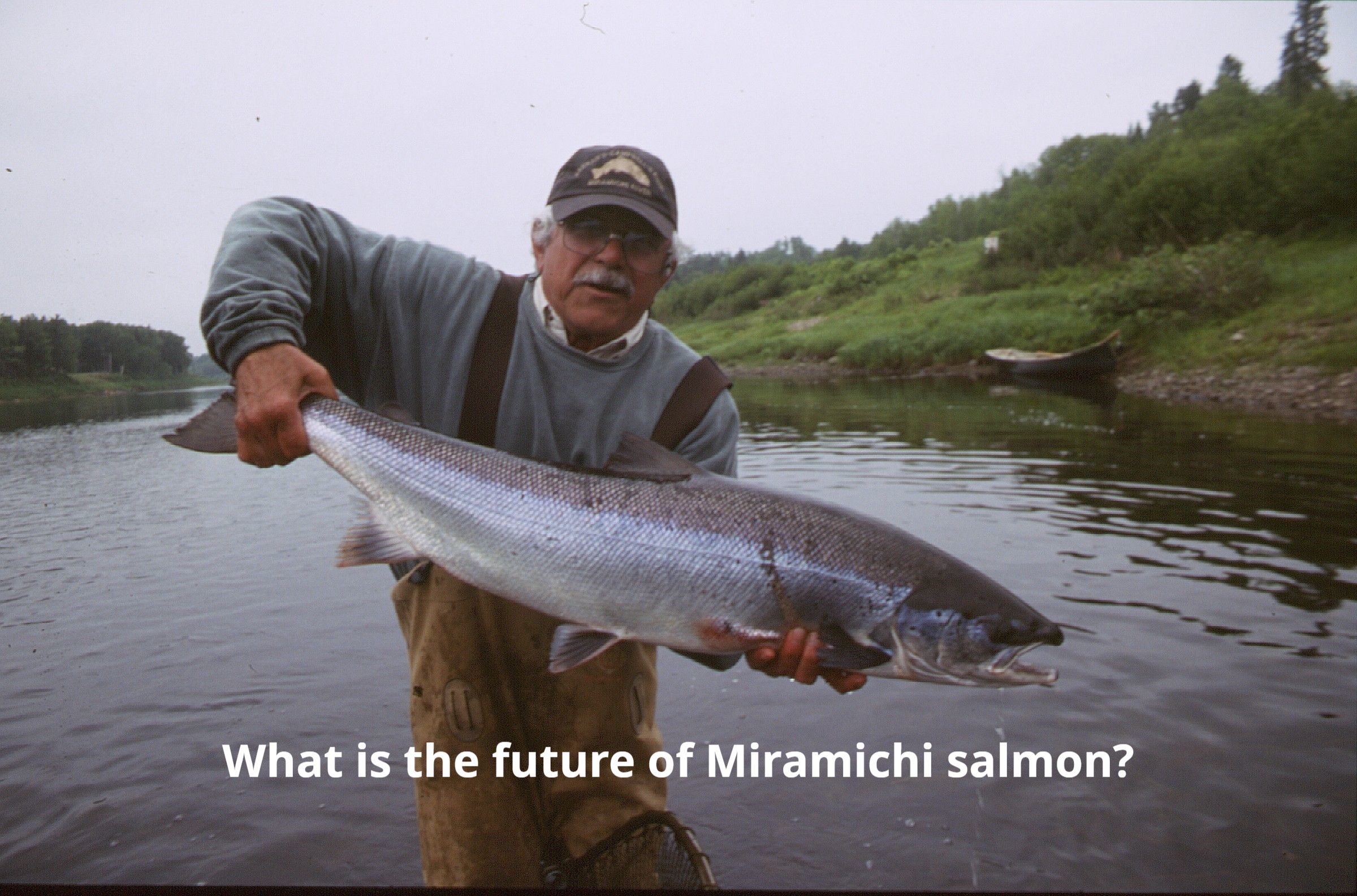 Atlantic salmon fishing friends –
I spent much of the day on this past Friday 2/16 listening in to a Miramichi Salmon Association board meeting that took place in Fredericton, New Brunswick.
In this meeting there was discussion about the very poor returns of salmon last year to the Miramichi, a discussion of the probable reasons, and what the MSA’s plan is to slow and reverse the downward trend. The plan is not completely final, but here are some of the key points:
• Cold water area enhancements and protection of the salmon while they are using these sanctuaries
• Significant reduction in the striped bass population
• Significant reduction in the grey seal population
• Stocking using the latest techniques and especially the Salmon Adult Supplementation program developed by the Coalition for Atlantic Salmon Tomorrow CAST and its partners
• Removal of smallmouth bass from Miramichi Lake and the upper Miramichi by rotenone
As has been suggested to me by several of you I have asked for inclusion for some kind of cull on mergansers. There is already a generous but unused bag limit for fall hunting of mergansers, but no one hunts these birds any more. What is needed is either a spring season or some sort of nesting control.
A key point for nearly all of these programs is permission and participation by DFO. Really nothing can go forward without their permission, and in today’s Canadian politics that also means the support of the First Nation communities. While one would think that the state of the Miramichi’s Atlantic salmon population would galvanize all parties into a plan of action, the reality is that it hasn’t yet. One key ally that should be present in this effort is the Atlantic Salmon Federation. The ASF has opposed and continues to oppose the CAST SAS program. The best science minds on this subject from the University of New Brunswick and the Canadian Rivers Institute feel that the justification for the SAS program is conclusive, and that the really big risk is in not supplementing the population right now considering the continuing decline in the population of adult spawners in the Miramichi. Personally I have come to agree with this assessment.
We are at another critical juncture in the SAS program, as CAST was not given permits last spring to capture the wild smolts which are raised in the MSA hatchery to become the spawning adults. If the permits are not received this year a dangerous lapse will open up in the programs ability to supply fall spawners. Discussions are underway for the needed permissions, and we’ll have our fingers crossed for positive news.
Among the items discussed at the meeting was the status of recreational angling for salmon on the Miramichi. It was reported that at least at this point catch and release angling will continue to be allowed. It is apparently understood by DFO that without C/R angling there would be little or no support for salmon conservation, and that the 600 plus full-time equivalent jobs and $20 million dollar industry supported by recreational salmon fishing on the Miramichi would be lost.
It was reported that a salmon biologist close to this issue has calculated that with the rate of population decline the SW Miramichi population would become extinct by 2037! The NW will become extinct much sooner. This has to be very sobering information to anyone interested in these fish. It was also calculated that if we ended c/r fishing on the SW Miramichi that the life of the salmon population would be extended by just 9 months. That also does not take into account that recreational anglers fishing on the river, and watching over and maintaining salmon pools, are all that stand between the salmon and the net poachers. Given the potential of net wielding poachers to remove salmon, as was demonstrated last summer on both the Miramichi and the Cains, it seems clear that ending recreational c/r fishing would actually have a negative influence on the viability of the Miramichi Atlantic salmon population.
I hope to present more information soon on how we individually can take action to help in this critical situation.