Springers on the Eastern side of the Atlantic and brights in Canada, different names for the earliest run salmon that are now starting in from the sea. Just this week Pete Dube and the Restigouche River Lodge reported big bright salmon from the Restigouche and Matapedia, last night Jason Curtis said that Larry Porter – manager of the Hershey Camp on the Miramichi, located about one mile upriver from Campbell’s and Keenan’s – said one was caught in Blackville.

I’m headed up on Wed. to try my luck and to fish the Cains for searun trout. I’ve only actually caught one May bright salmon on the Miramichi, though 2011 was the first year that I have tried. Conditions are great this year, with the water now getting down to 1.2 meters, a wadeable depth. We’ll undoubtedly do some boat fishing too. I’m very excited to begin the season!

Here is a picture of Jason Curtis holding one of about 18 pounds that I got in May of 2011. 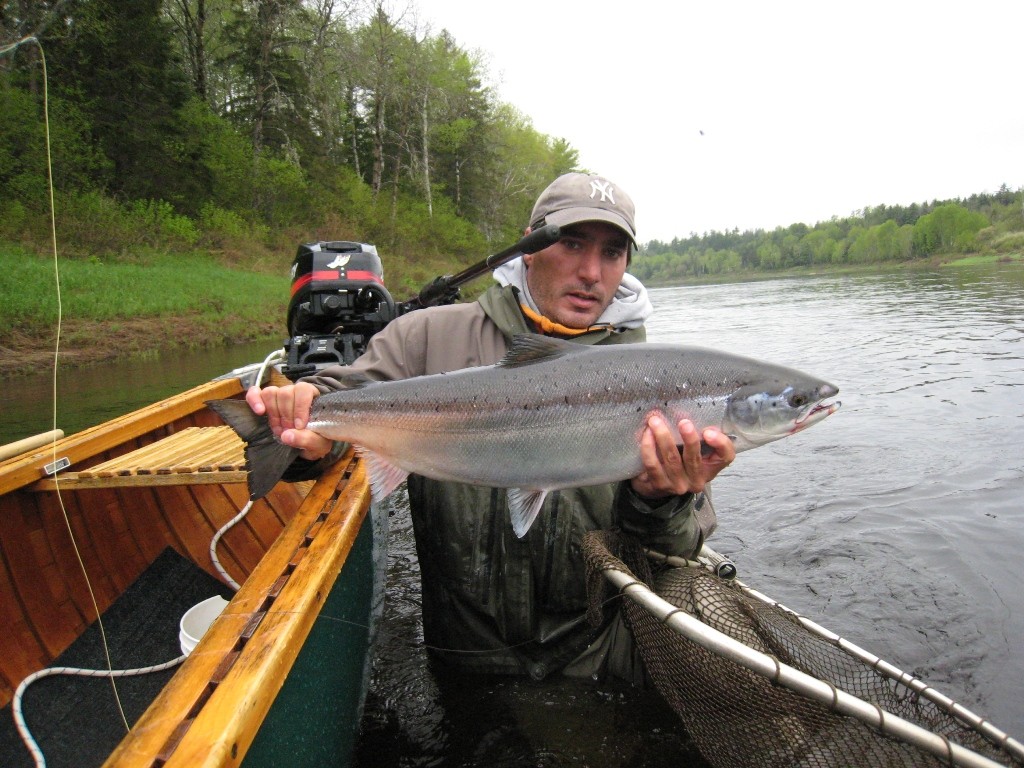