May 31 No salmon but sea-runs 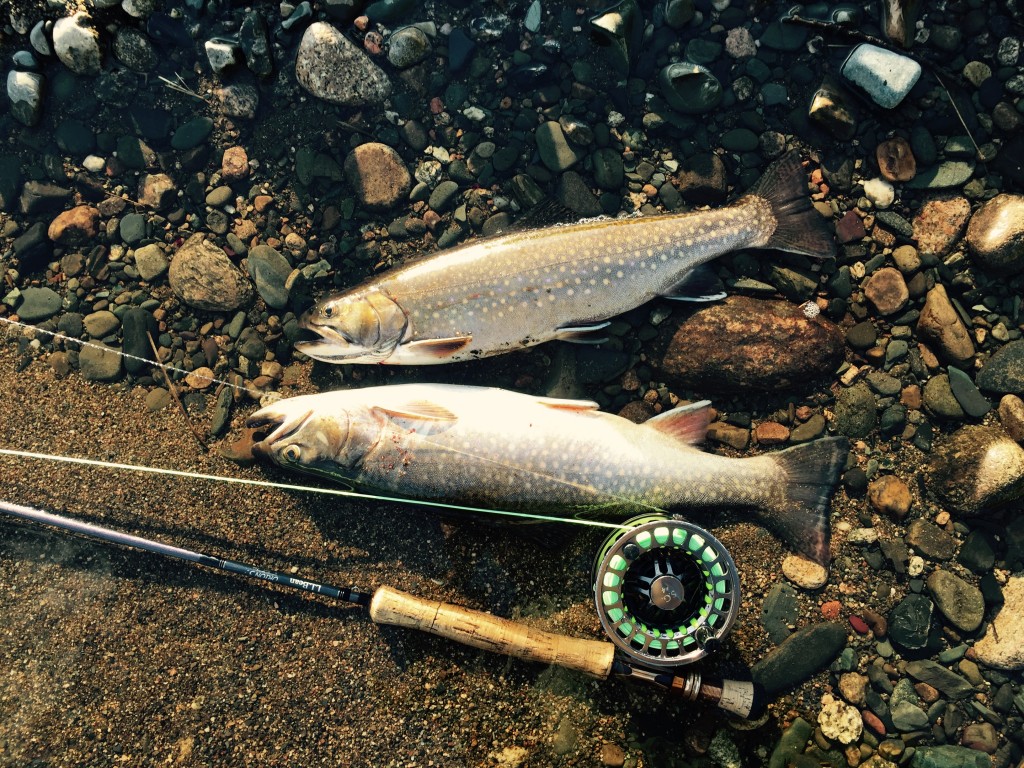 Here is a photo of two, harvested sea-run brook trout sent to me yesterday by a fellow Miramichi fisher. Another friend and I spent three solid days fishing the Main South West Miramichi and the Cains up above Muzzerol. We never saw a salmon – not terribly surprising, but we had hoped – but we did get a few brookies, both sea-run and river resident. At one point Jason Curtis and I had finished a pass down through the Keenan side of our water and were turning to motor up along Keenan bar to go back to the top of the pool. We ran right over a group of three brook trout swimming upstream in about 2 feet of water. They were very clearly visible to us, white-tipped fins and all, and each one weighed between 6 and 8 pounds. They were really mammoth brookies. I’m hearing this is the best year in many for them down in White Rapids. Hopefully it is a good omen for the coming season. Brad

← Brights are In!
4 salmon and 1 grilse in Millerton trap/Slow start on Restigouche →