First Bright Salmon of 2020 Caught on the SW Miramichi 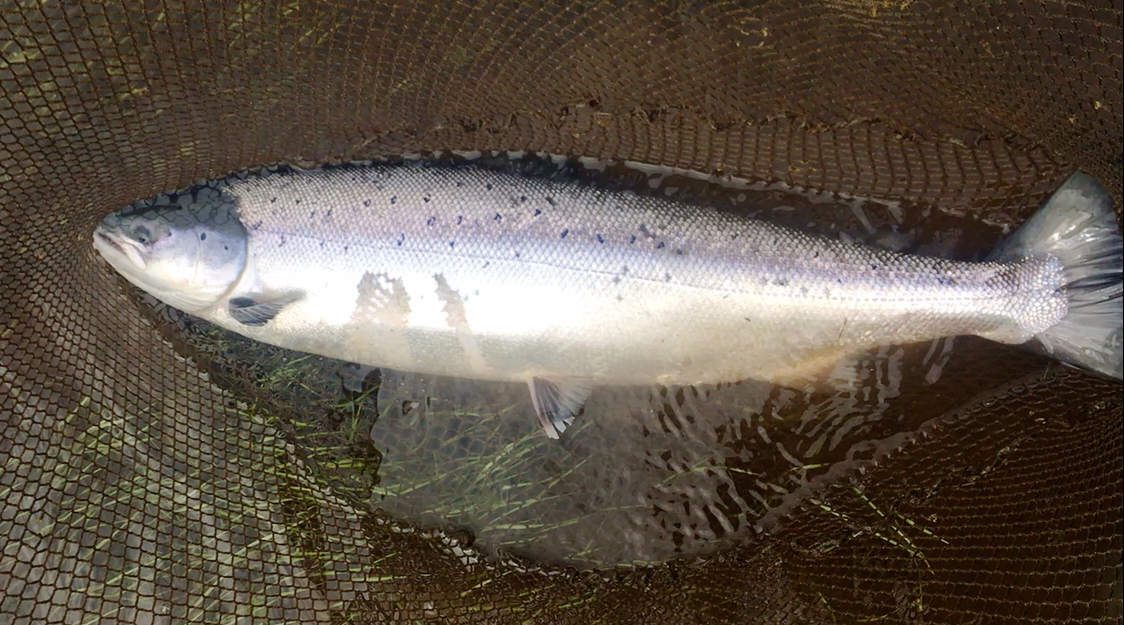 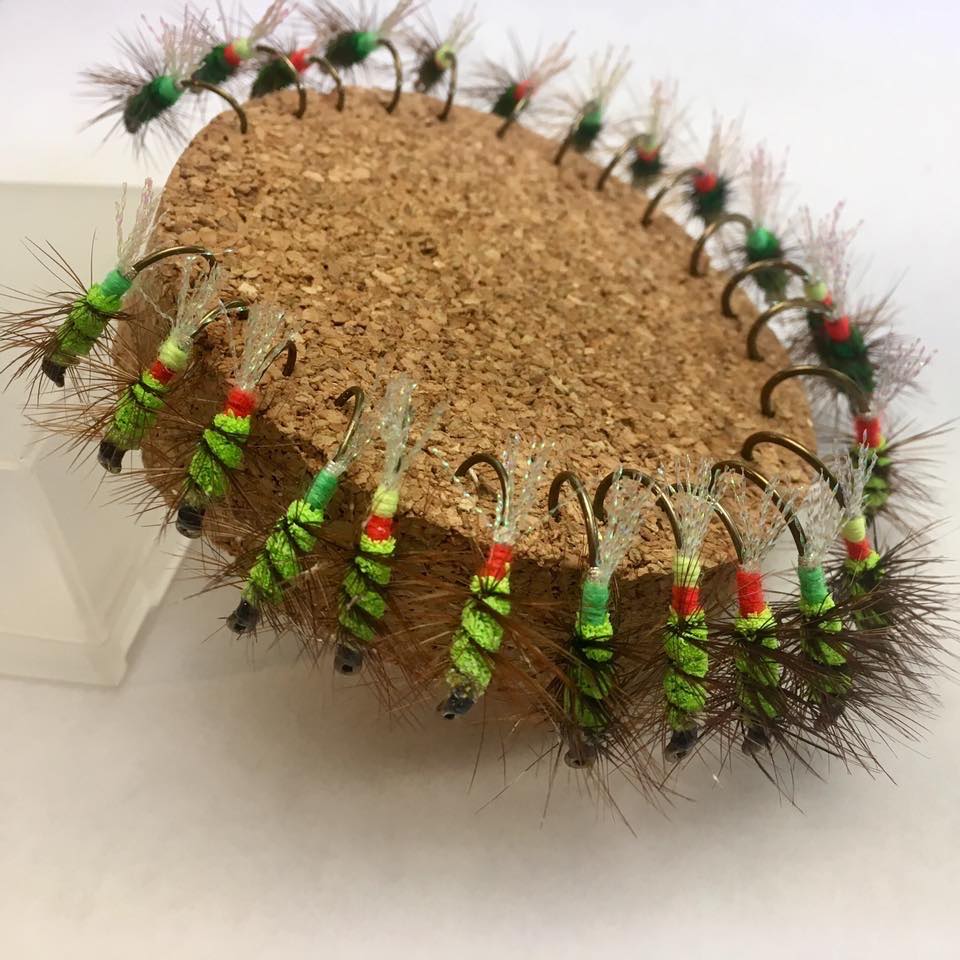 Great news from the Miramichi! On May 31 Jason Curtis, fishing in the upper end of Campbell’s Pool, caught a 12 pound hen salmon on a lime green Green Machine fly tied by Ashley Hallihan. This is our first May salmon since 2013.  Here is Jason’s account of the catch:  Brad, I rolled her twice on a black ghost. First time really powerful roll next one very deep. 15-20 more heartache casts of nothing. Changed to one of Ashley’s lime green Machines. Started short as soon as I got to the length she grabbed it. She didn’t jump so I was praying for a bright fish but knowing there was a chance it was still a kelt. Didn’t know for sure until I got it to the net. About 31-32 inches in the 12 lb range.  Jason Curtis

A day or two before Jason ran into what he felt were a significant number of sea run brooktrout heading into the Cains River and he snagged this one that he measured at 19.5 inches. That fish should weigh in excess of 3 1/2 pounds.

Before the heat wave of last week the water was quite high and very cold. It appears, according to Mark Hambrook, that the peak of the smolt run took place at that time which was before the striped bass started spawning in earnest. Hopefully a lot of the smolts made it through.

The water height is now at an excellent 1.4 meters in Blackville. The water temperature gauge in Doaktown is not yet functional this year, but the temperature with the last few very cool nights has declined to quite normal for this time of the season, probably high 50s or about 15C. If you are lucky enough to be inside the Province, it is time to get out on the river and look for that most prized fish of the year, a bright June salmon.

The Miramichi Salmon Association is facing a significant reduction in revenues for 2020 with the cancelation of all their fundraising dinners. One thing that they have undertaken is their own Online Auction. The first auction started last night June 1, and it runs until June 15.  There are some nice items available and new ones will be added.  I’ve got a couple of bids in myself.  Here is a link to the auction.

The number of striped bass on the Miramichi is said to be down somewhat according to DFO estimates, but even if that is accurate you would never know it. The fish are just finishing up spawning which was delayed a bit due to extremely cold conditions. They made quite a showing last week with significant numbers not only on the NW Miramichi, but well up the SW Miramichi into the Blissfield area too. DFO seems to be out of touch with the reality of the situation and continues on with a ridiculously tight slot limit that doesn’t allow any of the large cows to be harvested, virtually insuring that the “out-of-whack” population of bass will continue to crush smelt, brook trout, gaspereau, shad, and Atlantic salmon numbers. Facebook pages have lots of pictures of partially digested smolts taken from the stomachs of harvested stripers.  DFO has been asked repeatedly to lift all harvest restrictions on striped bass caught above tidewater in our rivers, but they have steadfastly resisted adopting this sensible conservation measure.   Recently DFO adopted a barbless single hook rule for all striped bass fishing along the coast.  If we understand this correctly it will mean that for virtually every lure that you buy you will then need to remove all the hooks it was designed to swim with and replace them with barbless single hooks.  There is a move to remove DFO management in NB rivers – Quebec manages their own river systems – and given what we are seeing year after year it is hard to argue with it.
Thanks for reading. Brad Burns