July is definitely a time when temperatures on the Miramichi can get too warm for optimum salmon fishing. They were that way for a few days at the very end of June, and now they are again getting higher than we want.  For a blessed week and a few days just ended, though, days and nights in New Brunswick were much cooler than normal, and we had some perfect-sized rain events.  All this coincided with the expected beginning of the normal big summer salmon run.  The only problem was that the run didn’t happen with quite the gusto we had hoped for.  Right after the hot spell at the end of June there were a few days when seeing even a single salmon arriving fresh from the sea into the lower river beats was unusual.  In the week just ended, though, we regularly saw and caught fish, and for a few days it was pretty fair salmon fishing.

I’ve had a look back through the historic Millerton trap numbers, and it is not all that unusual for there to be no big run in July.  Instead the fish can trickle in through the mid-summer and really pile in come the fall or even during August. Will this be one of those years?  No one can know that, but while I was in camp we had reports from credible sources of seeing big groups of salmon schooling out in Miramichi Bay.

One of the great features of the Miramichi is that the system is large with lots of fishing availability even on short term notice.  If NB has a good rain event and a hole appears in your schedule you probably won’t be disappointed if you call places like Country Haven, Wilsons, The Ledges,  Mountain Channel, or Bullock’s Lodge looking for a  few days on the river – there are other good ones too, these just spring to mind.

Also of interesting note was that Country Haven caught the first Cains River salmon that I knew of in the Brophy Pool in the first few days of July.  We fished it some too, and saw a few, but didn’t connect.

Every year we see a lot of parr feeding in Campbell’s and Keenan’s Pool, and I’m always so thrilled with it that their abundance seems unusual to me.  It was like that again this year.  In the evenings, if there was a little hatch – as there often is –  the surface of the water looked like rain with parr rising up and down the river as far as you could see.

Here is a little video of a large parr weathering the current at the bottom of Campbell’s Pool.  They take quite a buffeting!  This will be next year’s smolt.  At about 11 seconds you can see him lift his head and take something coming down stream in the drift. 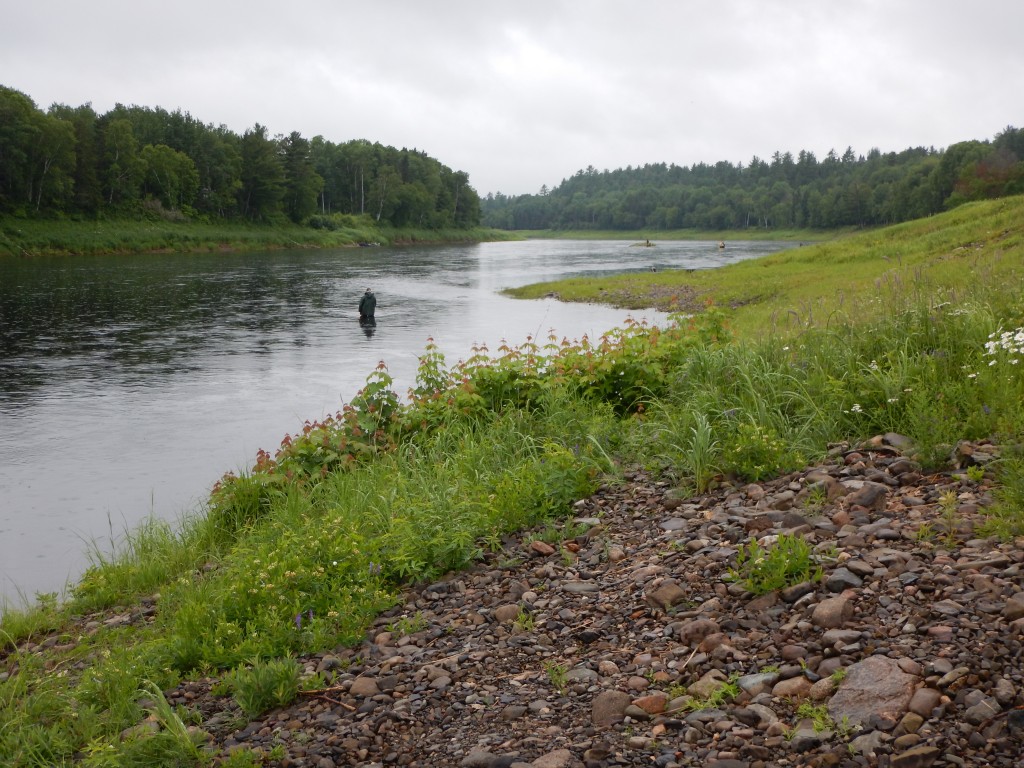 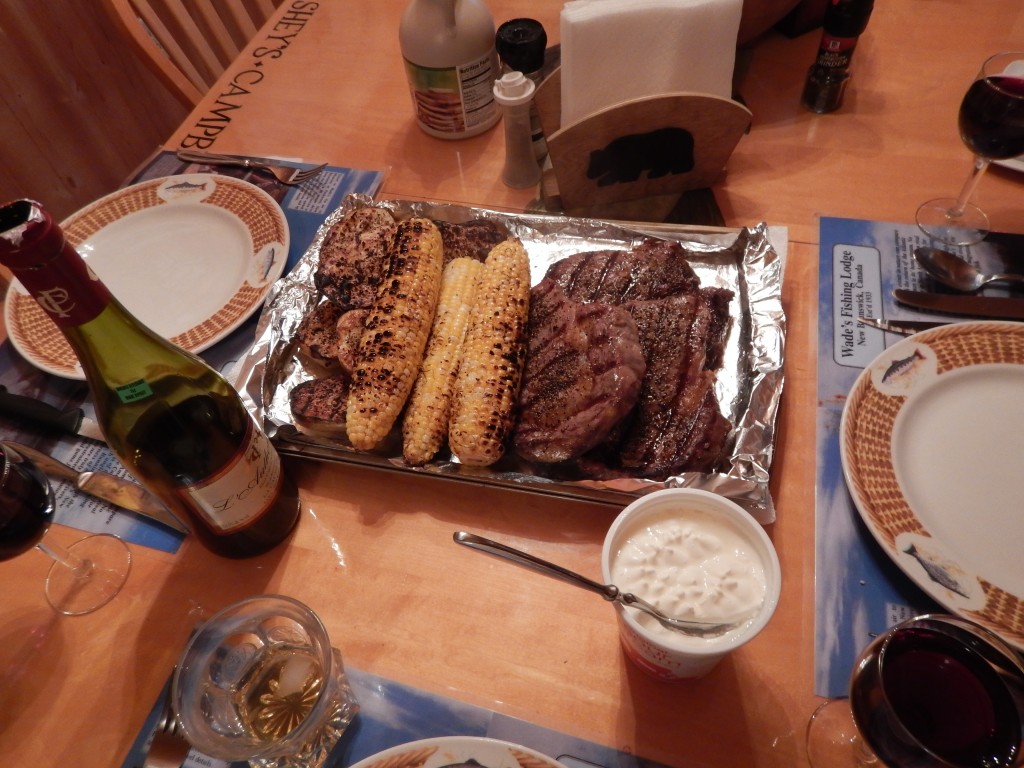 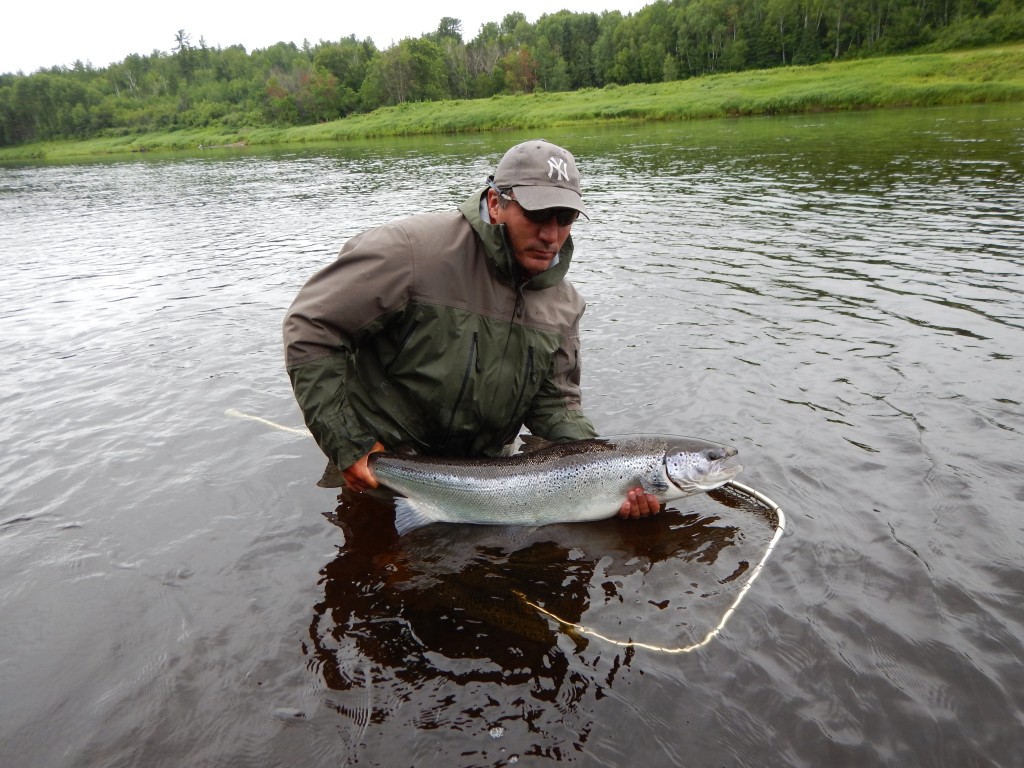 The video below is of the fish above being released.  It shot from Jason’s hands so fast that we missed it on camera – but standing there we had the great pleasure of seeing it happen! 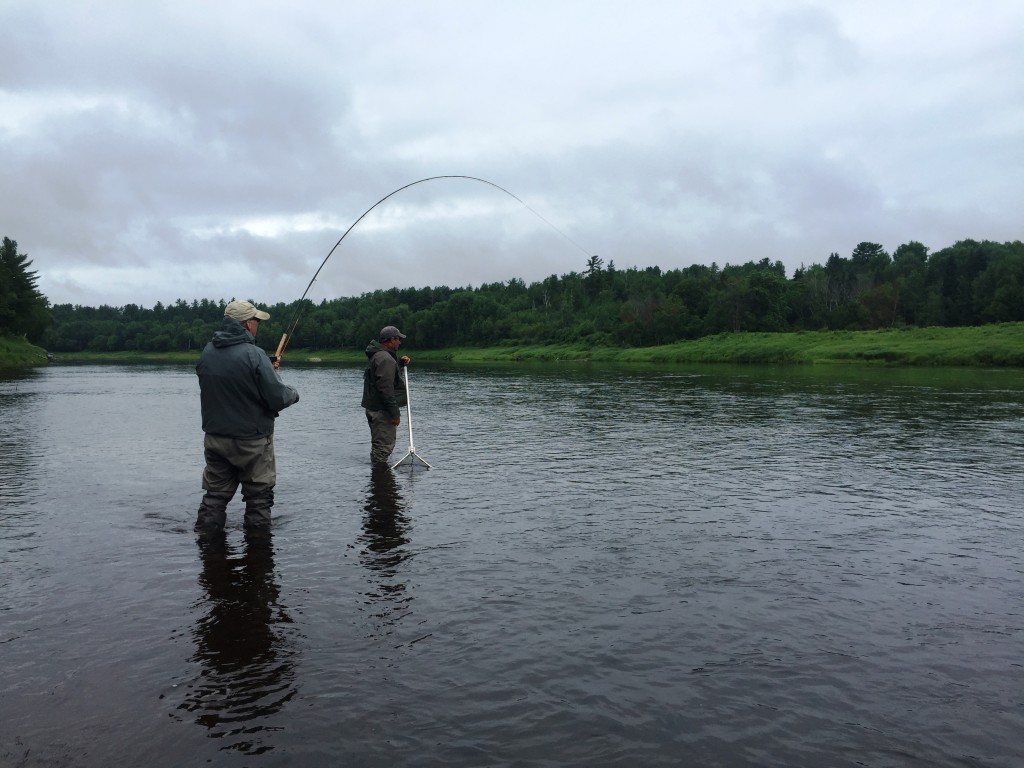 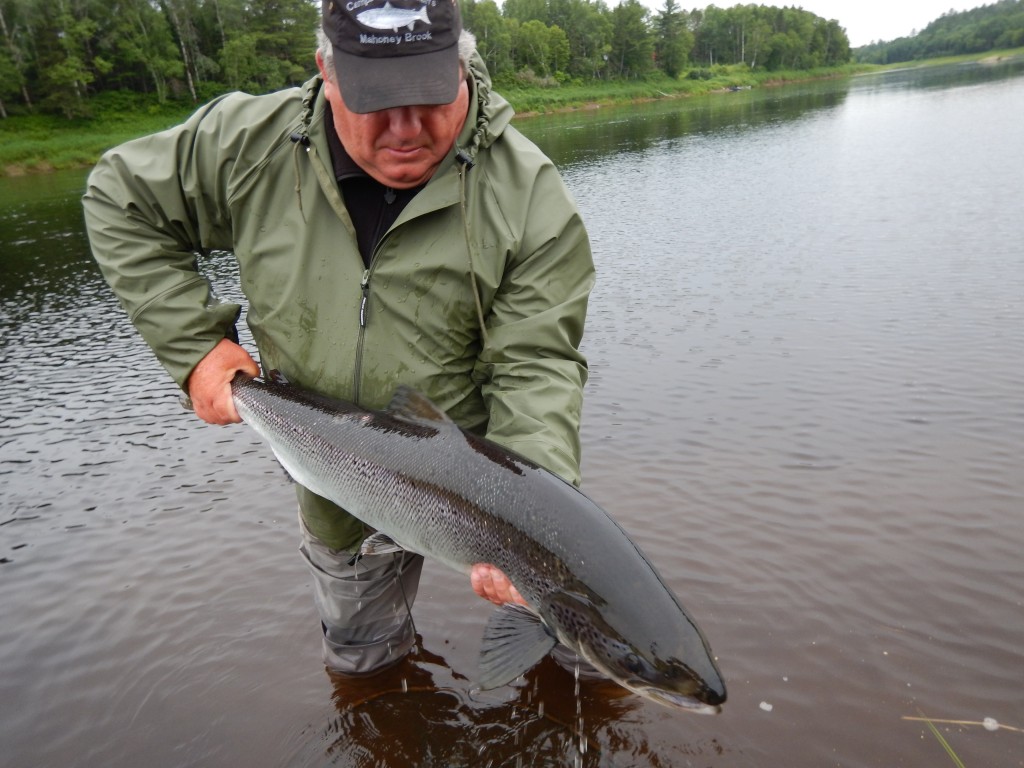 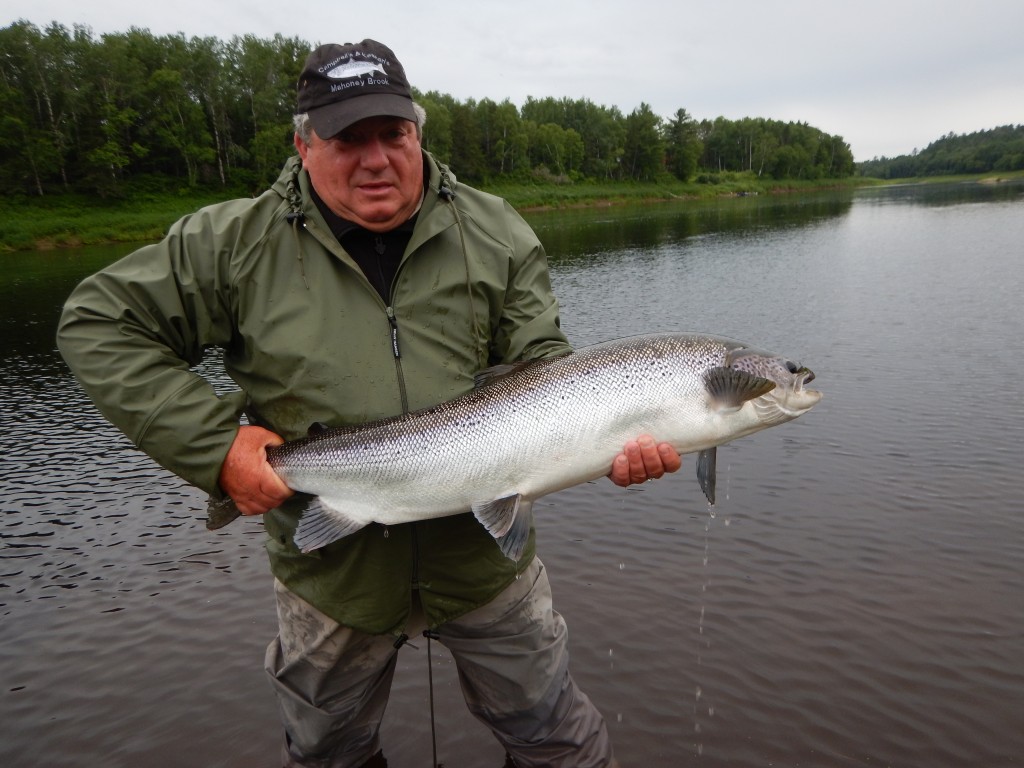 Whoa!  There are some really big salmon in the Miramichi.