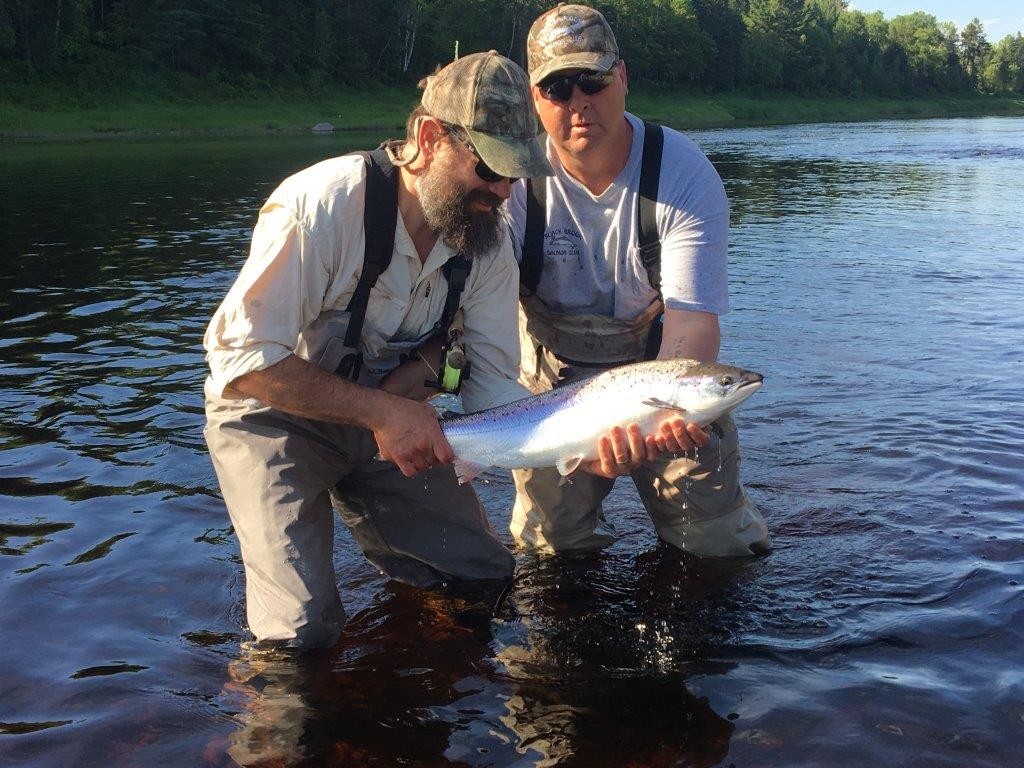 The end of last week and the weekend on the Miramichi was disappointing for us after seeing and hooking a number of fish the previous trip.    The water was a great height but the days were clear and sunny.  The best we could muster was to roll three salmon while in camp.  Temps started with a very cool morning on Thursday at 4C (F=1.8C + 32) but on Sunday reached the mid 80s.  The heat will break a bit tomorrow and will be followed by a longer period of cool weather, but not a lot of precipitation. 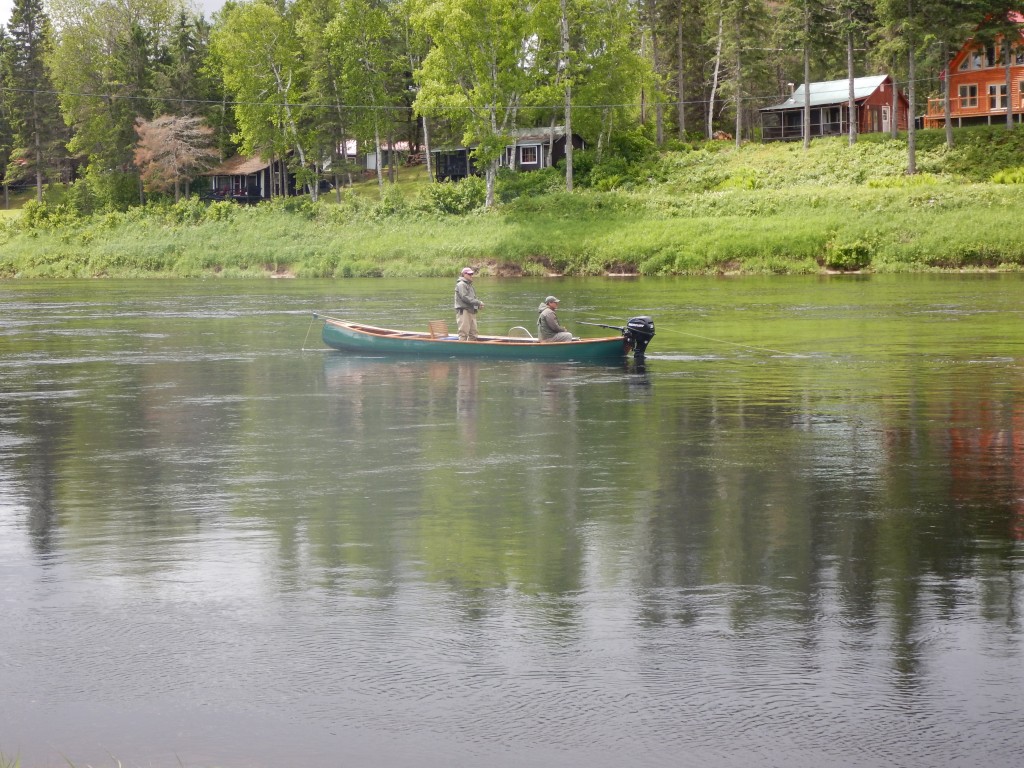 Jim Blackwell and guide Jason Curtis fish in view of what were once the camps of his grandfather’s Miramichi and Cains River outfitting business.

Black Brook Salmon Club opened on Saturday and that afternoon guest Erik Anderson (on left in top picture) got this lovely coin-bright fish.  We talked with other anglers and lodge owner Keith Wilson and all were seeing fish but hookups were rare.  Everyone reported, though, being quite encouraged by what most feel is a decent number of mid-June salmon.

A friend fishing up on the Matapedia last week had 18, 21 and 24 pound, sea-liced fish on the same day.  Pete Dube says it is the best June in decades up there.  The Miramichi starts later than the Matapedia and Restigouche, but we are all hopeful that there will now be a steady buildup in our numbers.

As I left camp I took the box of large spring salmon flies out of my vest.  That is it for those for another season.  Brad