Miramichi and Matapedia on September 1 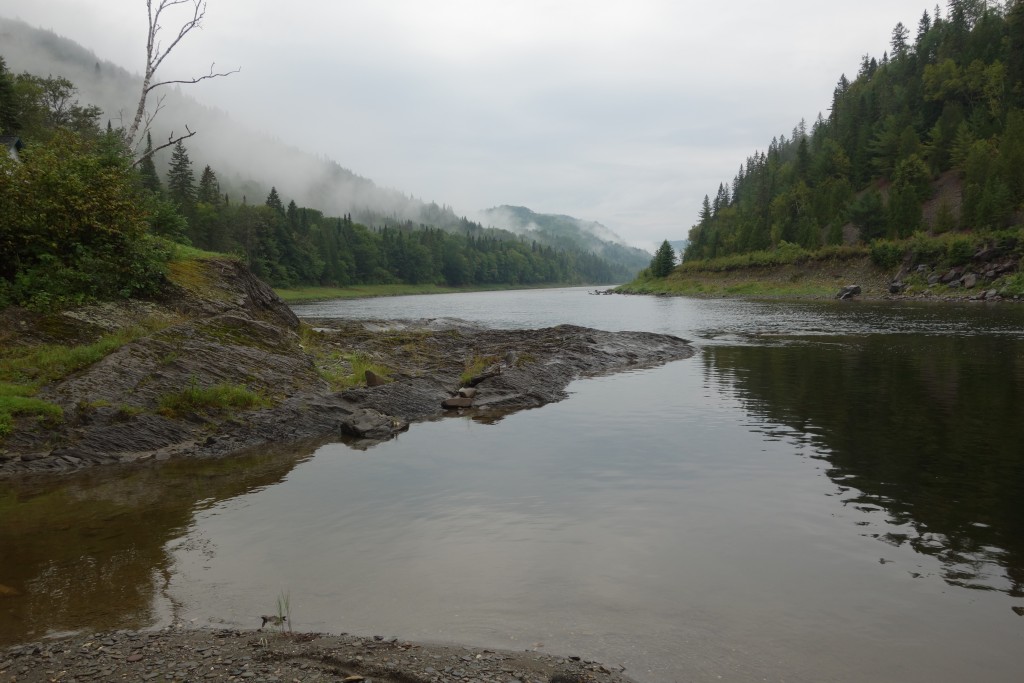 The iconic Mann’s Pool on the Riviere Matpedia 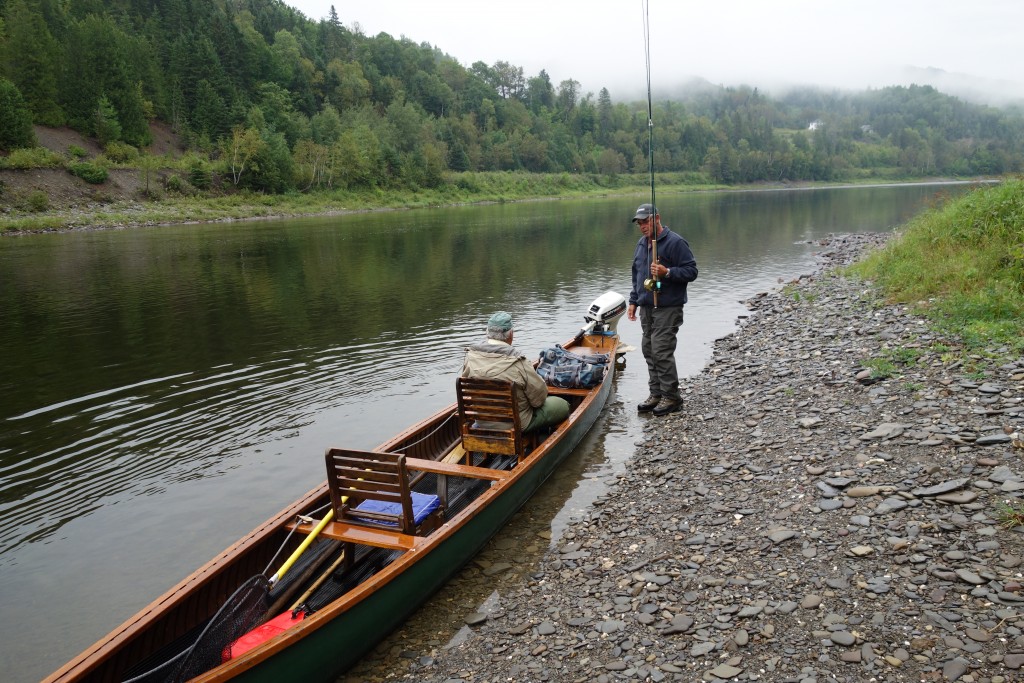 My plans last Friday called for a trip up to Campbell’s Pool in Blackville to drop off some things for the camp and fish that evening.  The next morning I planned to head up to Cold Spring Camp on the Matapedia River in Quebec for 4 days of fishing that a friend and I bought at an ASF dinner last winter.   I’d hoped for a fish on the Miramichi, but the short of it was and is that the Miramichi is still very warm.  Temperatures are no longer lethal to salmon as they were at times in July, but they are too warm to encourage a good run of fish out of the estuary, especially in the current low water conditions.  If you go to Miramichi information page on my website you will see links including one to the Blackville water gauge.  We are currently at a height of about .5 meters.  This is low bordering on very low.  Down around .42 is about as low as it ever gets, and this is the time of year when it happens.  Anyway, I fished with Jason Curtis that evening, but we never saw a fish, nor did I see one from the deck the next morning as I had breakfast and packed my gear for Quebec.

The cold water holding pools along the Miramichi have good numbers of fish in them, but catching these fish as a general proposition is very difficult with only the occasional taker.   This will change with even a modest amount of rain and cooler temperatures which are scheduled to arrive by the middle of next week.  The nights are okay now getting down to 50F or so, but daytime highs over the next four or five days will reach into the low 80s which combined with low water mean the river will get up into the mid-70s every day.   All indications are that there are a pile of fish down in the estuary to make for a wonderful final 5 weeks of fishing, so now is the time to book your trip at one of the excellent lodges on the Miramichi.  Don’t overlook the NW either as their run has been particularly good this year.

Speaking of the current state of the run, here is a little analysis of the August 31 numbers from the government traps at Millerton on the SW and Cassillis on the NW.

Remember that these are the numbers of fish in the traps which capture only a small percentage of the run.  That percentage for 2015 will be determined later in the year.   Statistically speaking more than half the run of large salmon is yet to come and will be concentrated in these last few weeks.

So how was the Matapedia fishing?  Cold Spring Camp is a great destination with a wonderful lodge facility and miles of their own private water on the Matapedia.    It may very well be the finest stretch of water owned by one person in all of North America.  I spent a little time with manager Jack Lyons hearing about the history of the place.  The original owner was a contemporary of some of the members of the Restigouche Salmon Club, but wanted to do his own thing.  He put together a great stretch of water by buying the fishing rights that all the Scottish farmers along the river had received in their Crown Grants.  The pools have names 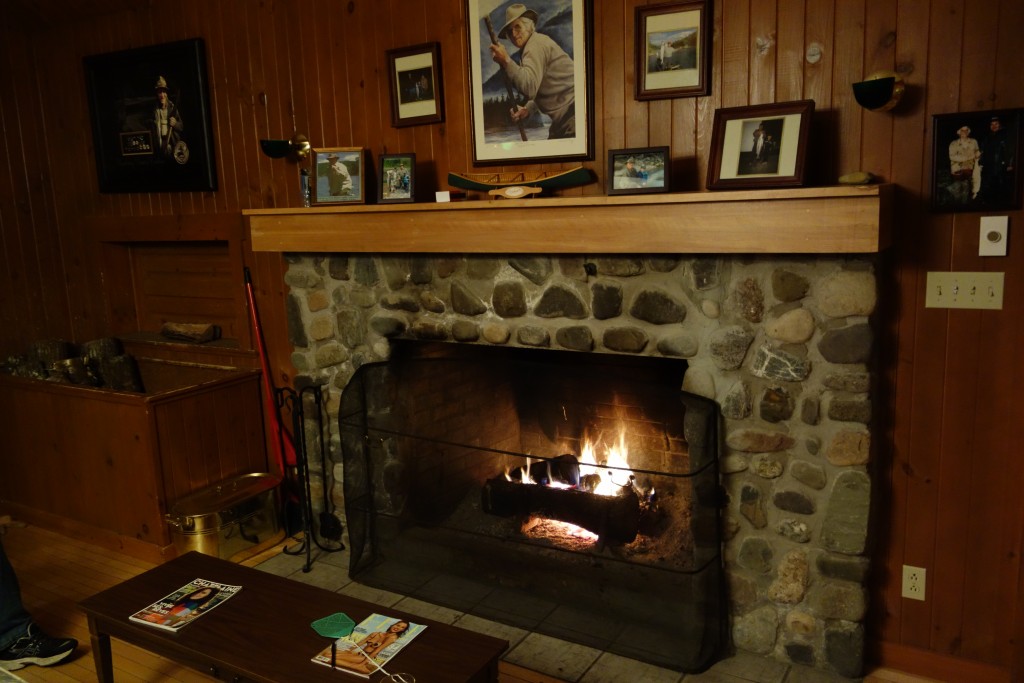 like Lyons, Upper and Middle Frazier’s, Mann’s, Mckeil, and Angus – the names of the settlers.  It was here at Cold Spring that the colorful Richard Adams – picture over the mantle – spent his guiding career. 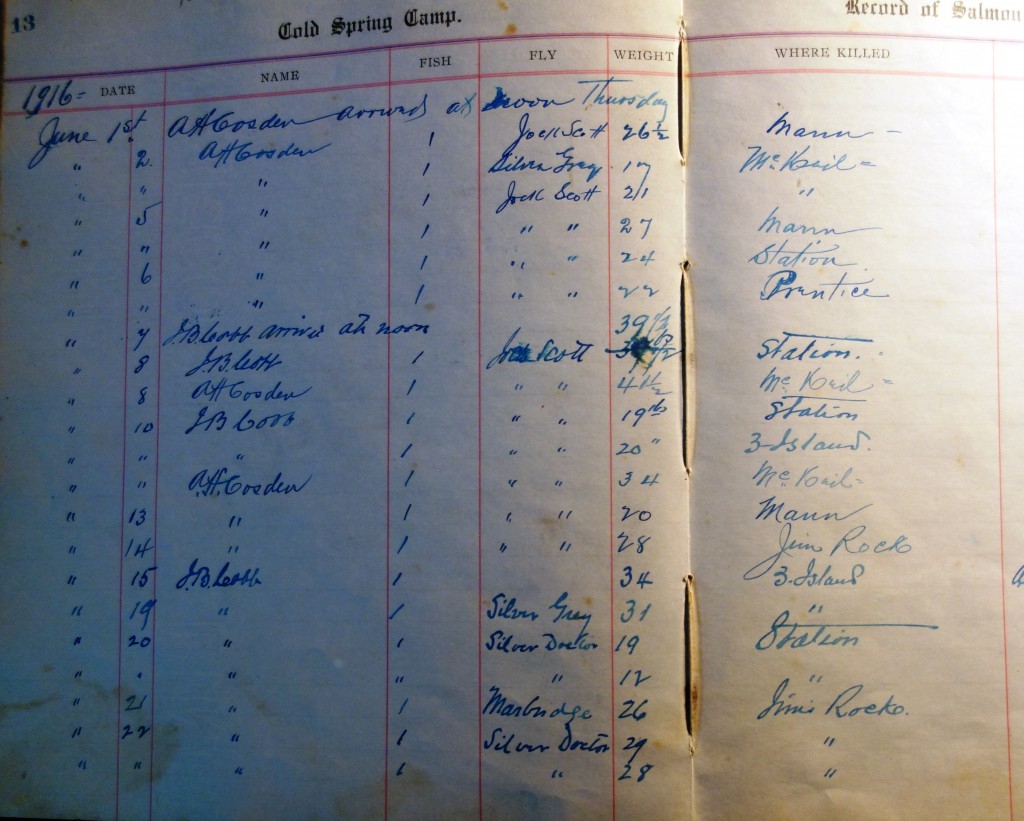 The Matapedia is loaded with cool brooks and is relatively deep, rocky and fast flowing.  It is currently slowed way down from normal rates by the very low water, but it still was lively enough to be enjoyable.  There were a few fish holding in all these pools, and with work you could pick the occasional fish.

I landed 3 grilse and one 8 pound salmon in 3 ½ days of fish, so it could be worse.  Nearly every fish at the lodge was caught on a bomber.  We rolled a few others, but it was lots and lots of casts for that occasional rise. 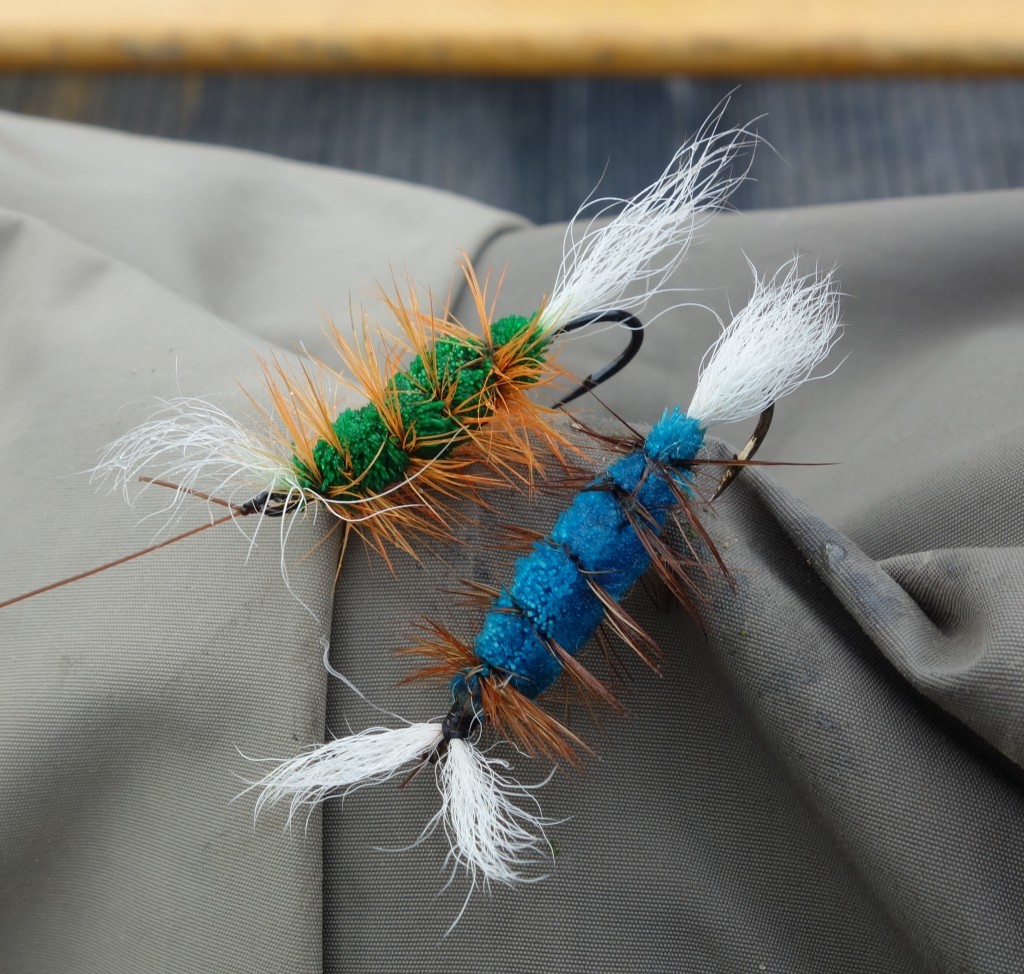 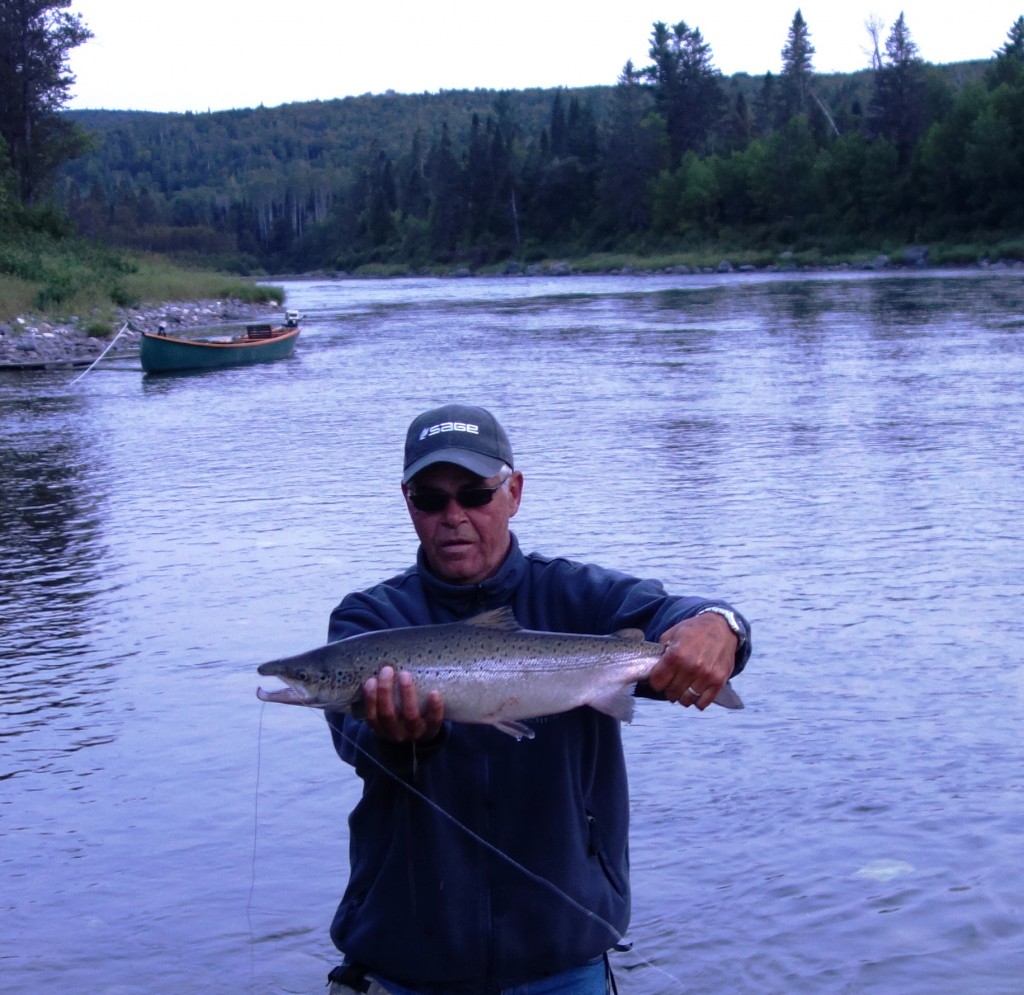 I’m headed back up to the Miramichi around the 15th  and will have one more break here at home to write a report before I spend the last three weeks of the season in camp.  I’ll try and give an update on the conditions and latest fishing prognosis in about another week.

PS If you have a question about fall fishing on the Miramichi or Cains don’t hesitate to drop me a line at bigbass@maine.rr.com.  I don’t have all the answers, but if it is out of my expertise I’ll point you in the right direction.