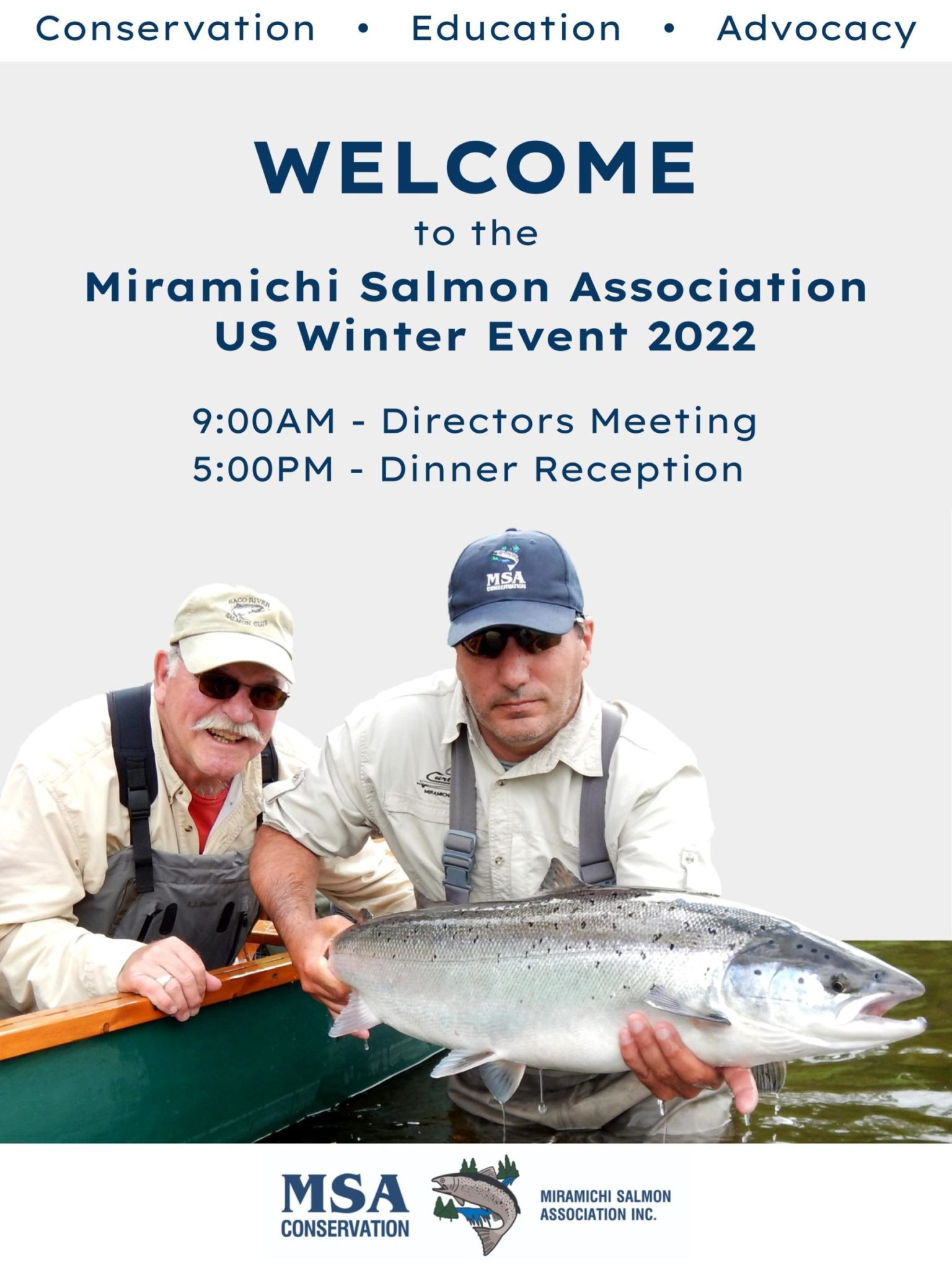 If you haven’t yet registered for the MSA USA Winter Event Feb 5th to be held at the Portland Country Club or through virtual attendance, now is the time.  If you are buying a table but don’t have all your names or meal selections yet, no worries, there is plenty of time for that, but please get your tickets now so we can stay on top of attendance.  Here is the link.

We’ve had a few questions about the event, so let me provide a little more information.

Q.  What exactly does it mean to attend virtually?

A.  You can attend the MSA US Winter Event, and participate, by buying a ticket and receiving a zoom link. The link will be e-mailed to you the day before the event.  Virtual attendees who sign up before January 15 will be contacted by a company that ships gourmet dinners.  You will be able to choose your dinner to eat that evening at the same time as everyone at the PCC.  After January 15 you will instead receive a 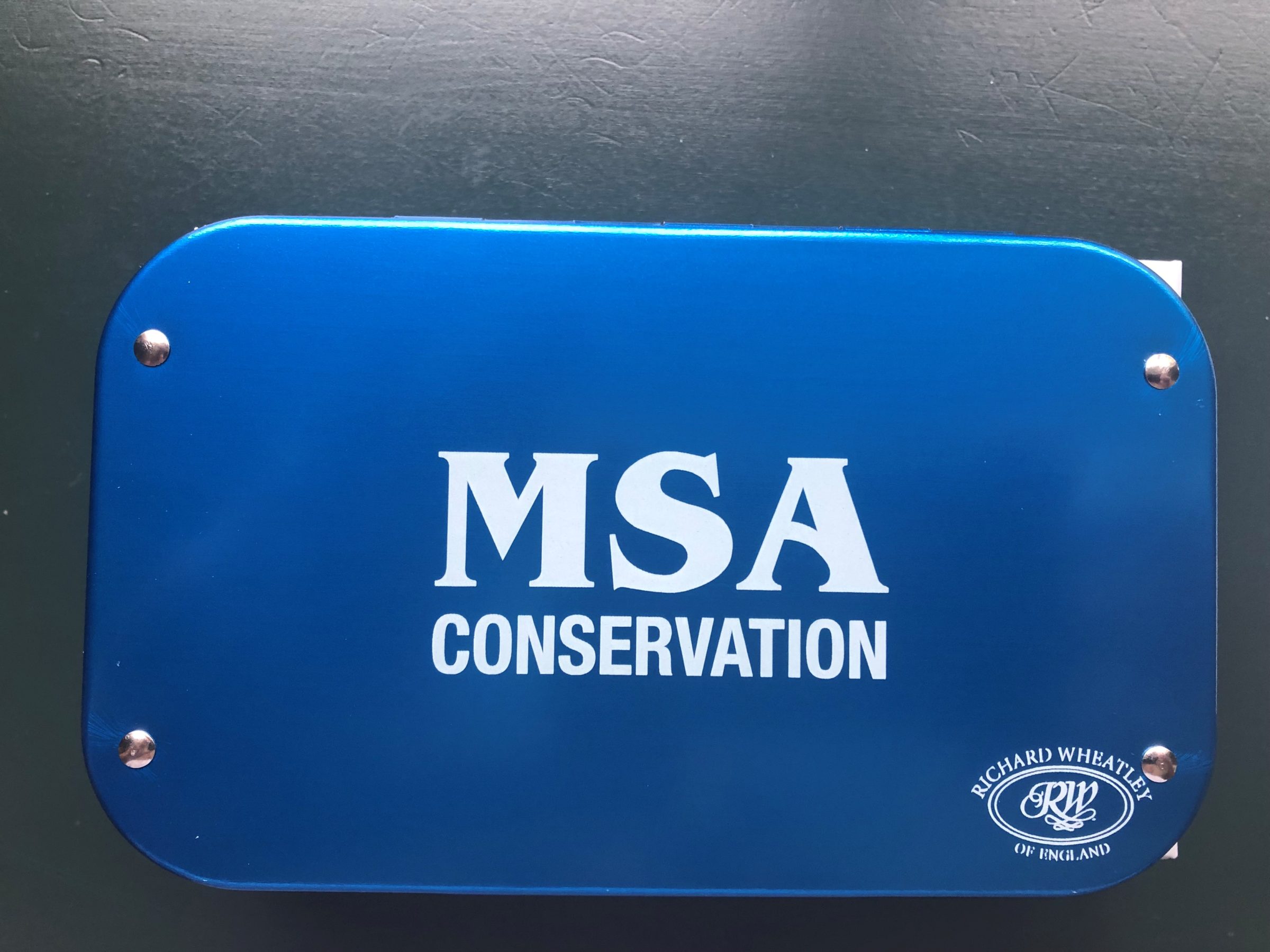 Wheatley hybrid fly box engraved with the MSA logo. The value is comparable to the cost of the meal.

Q.  If I sign up to attend in person, and I’m not comfortable attending with Covid will I be able to exchange my ticket for a virtual one?

A.  Yes, no problem at all. Just let us know as soon as you make that decision.

Q.  If I attend virtually will I be able to participate in the auctions and raffles?

A.  Yes you will! We have a hostess assigned to the virtual attendees, and you will be able to text her for the purchase of raffle tickets or to bid in the live auction.  You will also be fully recognized for any contributions you make during the paddle raise.  Virtual attendees will not be able to bid in the live silent auction, but we will be running an online silent auction open to everyone that begins on January 28 and runs until Feb 8th – more about that later in the month.

Q.  If I attend virtually will I be able to see and hear what is going on at the PCC?

A.  Yes, to a very large degree. We have hired a professional company to assist us with the zoom technology.  Our goal is to have the zoom experience be as close to being there as possible.  You’ll even have a short, Lee Wulff salmon movie streamed during dinner.

Q,  What will be some of the premier items for the live auction at the Winter Event? 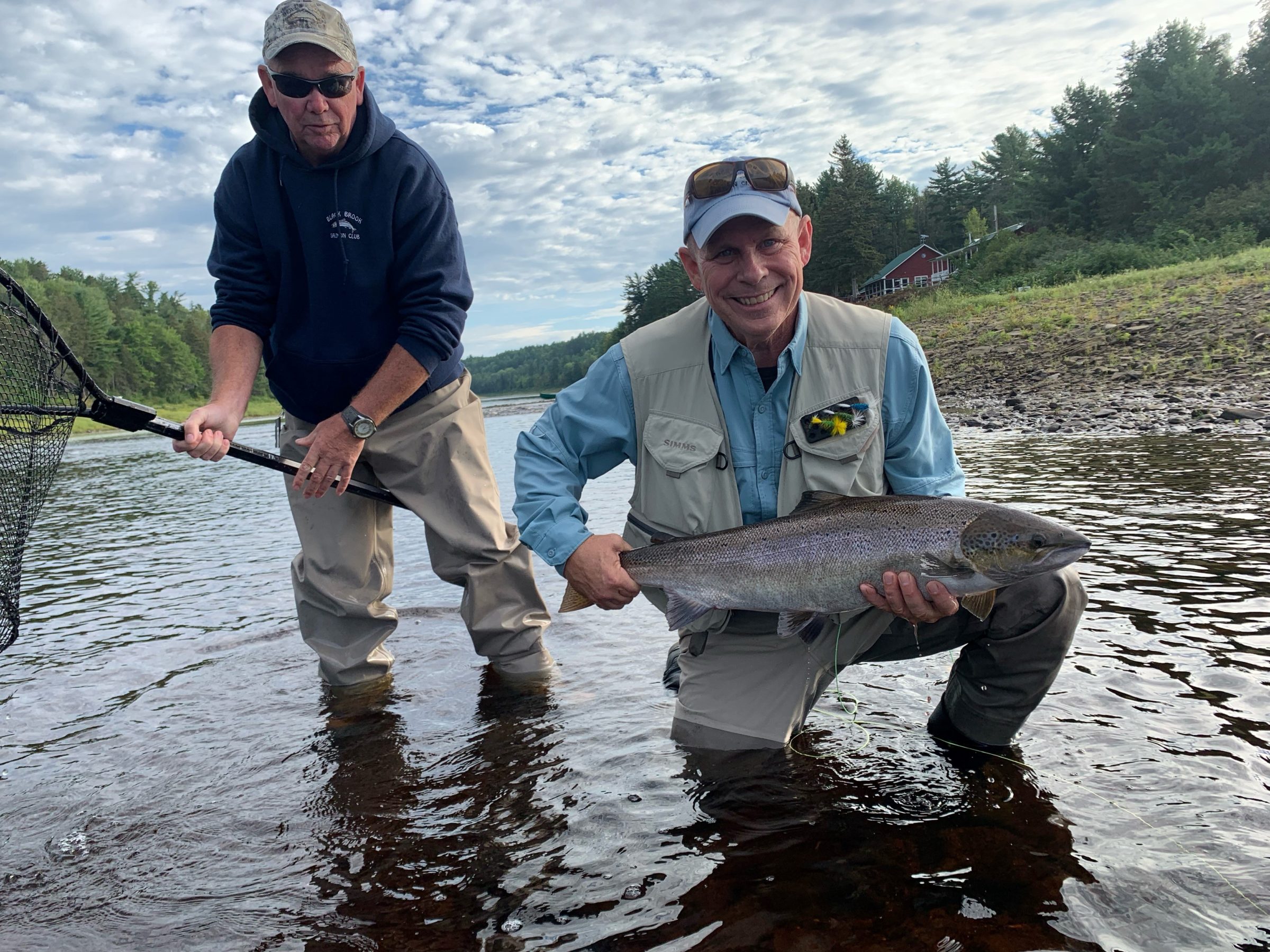 Lanny Burke guides an angler to a nice salmon in 2021 at Black Brook.

and Campbell’s Pool including Doctor’s Island and Brophy Pool. A Bogdan 0 salmon reel, a Gary Tanner framed map of the New Brunswick salmon rivers flanked by 10 historic fly patterns tied by the best tiers in the Northeast.

Q.  What raffles will both in person and virtual participants be able to buy tickets for?

A.  We will have an Orvis Mirage LT reel, a Luther Hall original painting, and a large collection of nearly 100 salmon wet flies by Rudy Ciecko. There will also be a 50/50 cash raffle only available for those attending in person.

In other Miramichi salmon news the Miramichi river ice survived the warm period a while back, and while the MSA river cam at Bullocks in Boiestown showed a thin open lead it closed up securely during the last cold snap.  There is a snow cover over the Miramichi valley, and the forecast is for a good stretch of snow and cold weather.  The water in Blackville has dropped almost a meter, though is still over the normal for mid-winter.  With Arctic cold weather forecast to begin late this weekend there will be no ice run anytime soon. 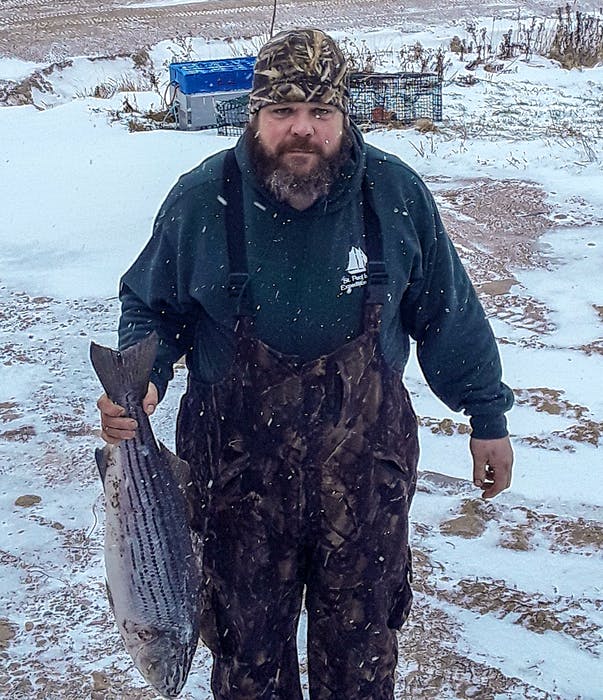 The tip of Cape Breton was recently the scene of a large die off of striped bass.  There were all sizes there from 40-inch fish on down to 12-inch schoolies.  The link above has photos of dead fish on the beach and others washing in on ice-filled waves.  There were thousands of fish.  Striped bass need to winter in fresh water because salt water will become cold enough before freezing to form lethal ice crystals in the blood of the bass.  It is not unusual, especially during times of overpopulation for stripers, for them to try to overwinter near productive feeding spots.  Presumably they are either trying to expand their turf or just don’t want to make the long swim back to their natal rivers.  These fish were caught in a relatively shallow bay during a significant cold snap.  These could very well be stripers that were spawned in the Miramichi system. 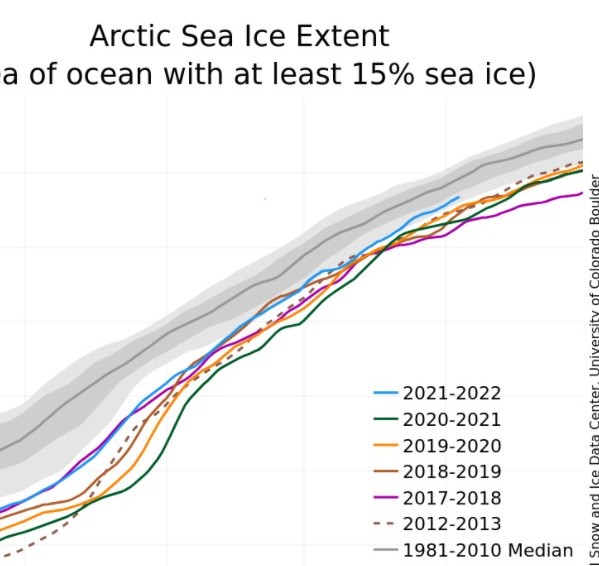 A Scottish aquaculture newspaper recently cited a study by Dr. Martin Jaffa that claims that:  “…cyclical patterns resulting from changing sea temperatures and variations in marine growth rates can explain the fluctuations in wild salmon stocks – not the presence of farms.”  While the salmon farming industry is not exactly an unbiased source of opinion, there could very well be a lot of truth that sea temperatures are a problem.  Just how cyclical – compared to long term stable – the temperature changes are remains to be seen.  If it is cyclical, though, how long is that cycle, and when might it reverse? I thought that while it is in no way conclusive, nor do I mean to suggest that it is, the Arctic sea ice as of January 5, 2022 is essentially at the highest extent for this date since 2004.

I hope that you had a good holiday, and that you are thinking about the coming season’s salmon fishing.  The June and early July fishery – early summer – has been better in recent years than the fall.  Could that change…yes, but the current trends are quite clear.  I’m making my plans now for June and July, and I expect the lodges along the river are making more of those early summer bookings than in other recent years.  I was just talking to Sage rep Jesse Robbins who fished the SW Miramichi last fall for the first time in 2021 – though his grandfather used to fish it 40 years ago.  He has already booked with a Miramichi outfitter for the third week in June, and is bringing three of his fishing friends from out west up to join him.  There is no better way to break up the winter and to do your part for salmon conservation then to attend the US Winter Event on Feb. 5th and to bid generously in the auctions.  I hope very much to see you there.