The Department of Fisheries and Oceans uses trap nets set in the Miramichi estuary to estimate the run of salmon and grilse running into the river each year. Each day from June through October DFO employees go out to the net strung on poles driven into the river bottom and count the fish trapped in the net. These fish are alive and unharmed. The fish are counted, weighed, measured, a small metal tag with a number is fixed to their back with a thin wire, and they are released back into the river. Anglers sometimes catch these tagged fish, and we can learn a lot about how the fish move in the river from information connected to these tags. 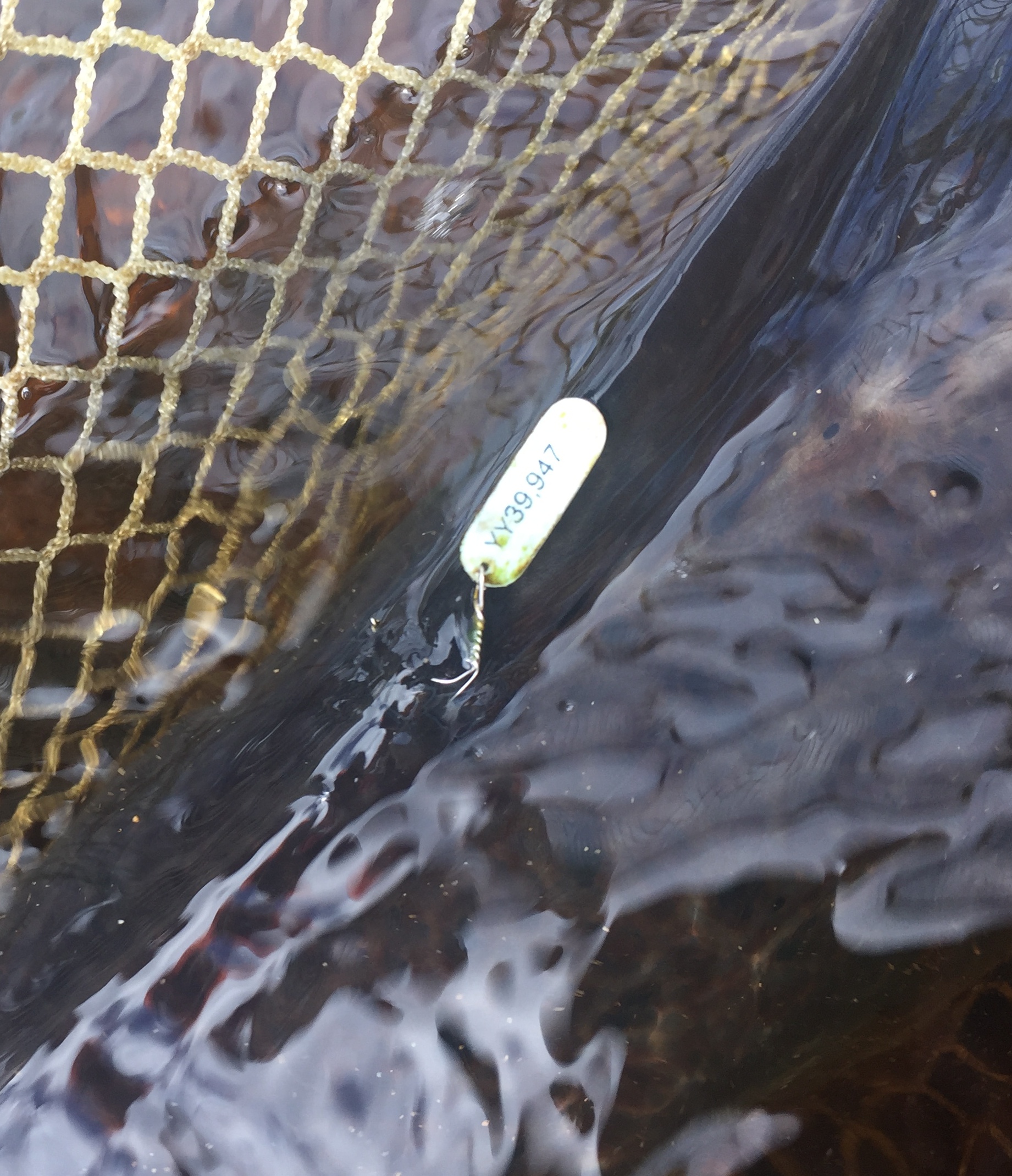 This year we caught bright salmon in every month from early June on, yet the only tagged fish we got were caught on 9/28, 10/10 and 10/13. I have no idea why it happened that way. The history of each of these tagged fish is always very interesting:

Looking for something to give a fellow salmon fisher for Christmas?

Here is a special offer from me.   Until Christmas If you purchase two copies of my book Closing the Season I will ship a third one at no additional charge. Also, for every additional one that you purchase I will match it with another free copy. When you click to “proceed to checkout” there is a place on the website for notes on your order. Just write in there the name and address of who to send each of the books to. You can also e-mail me at bigbass@maine.rr.com if this needs a little more explanation or you have a question.  But wait, as they say in those sleazy infomercials, that’s not all…   I will also include with each book – even if you order just one – an “8 x 10” copy of Percy Nobbs 1949 map of the Miramichi drainage. Even though the map is black and white I will run the copies in full color process on a quality stock that gives the map a lovely antique look.