A Decent June on the Miramichi

June is an iffy month on the Miramichi.  Over the years there are many very good seasons that had almost no June component, the numbers in the government’s Millerton fish trap used to count fish bear this out.  Other years the early run is at times quite good, but the fish have on the after burners until they are above the mouth of the Cains.  There may be certain conditions that cause this, but I have never been able to figure it all out.

We began seeing fish at Campbell’s – 14 miles above the head of tide and 2 miles below the mouth of Cains – on about June 15, lost two on Monday June 22, and Jason Curtis landed the first fish on Friday June 26.  Since then we have seen fish very regularly, rolled and hooked a couple, but put none in the net.  An early season hot spot next to us has also failed to produce much, but not far up river there have been some good catches.  the Miramichi Salmon Club hooked 15 yesterday and landed 8 of them.  I don’t know how many anglers that represents, but it sounds like good fishing to me.

Byron Coughlin, owner of Country Haven, noted on their Facebook page that there are more salmon this June then seen in many years.  Through his guides and anglers he represents a lot of eyes on the water.

We are also getting good reports from the estuary, and a couple of days ago there were said to have been 10 salmon caught in the tidal pool at Quarryville.  This pool has produced a hundred fish in a single day – so I have been told over the years – but 10 is good, especially for June.

The big July run should begin any day.  Historically this is the biggest single push of fish for the summer.  I’m headed to camp tomorrow for 10 days, and I hope to hit it.  There won’t be any posts until I get back, but I’ll fill you in then.

Here’s a picture of big, bright fish from the July run during the fabulous 2011 season. 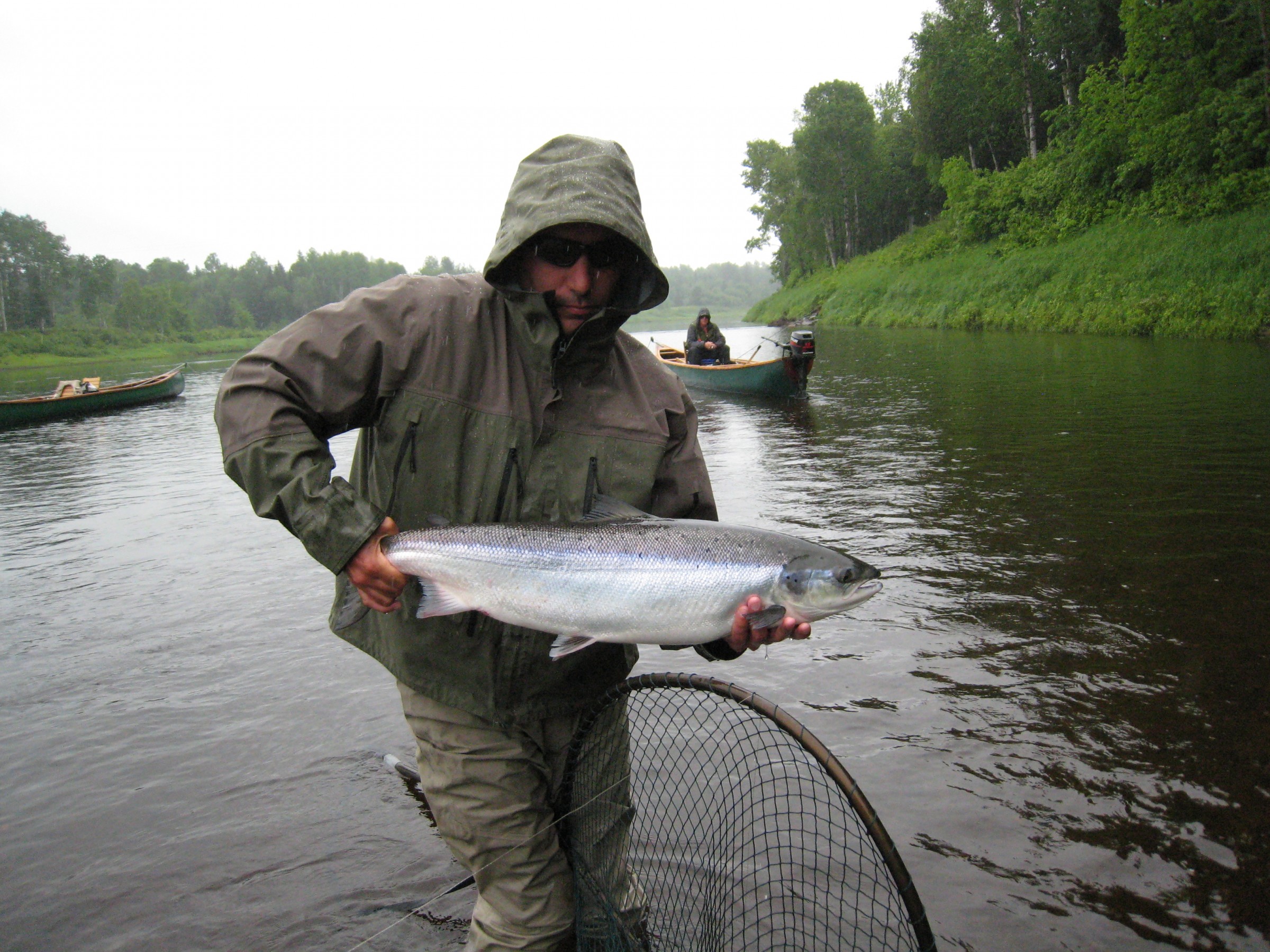