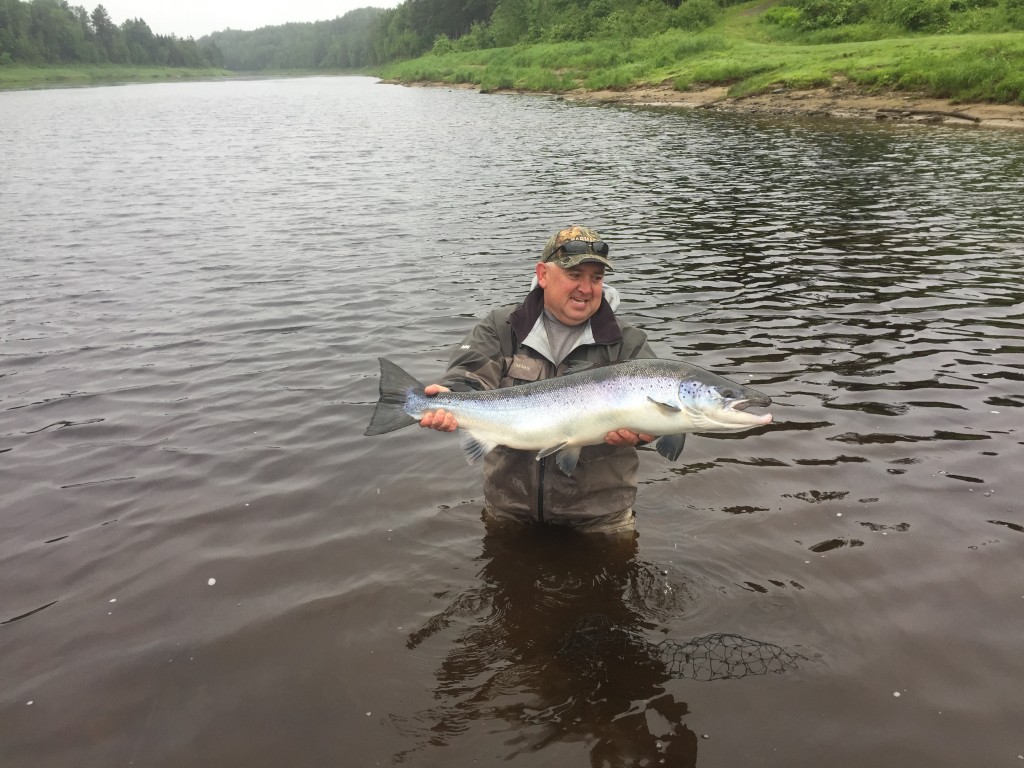 I just got back to Maine from Blackville, New Brunswick.  The opinion of Mark Hambrook of the Miramichi Salmon Assoc.  is that the season is off to a better start than others of recent years.  We didn’t land any fish, but I did hook two, and we saw them every morning and evening.  Another friend reported getting a salmon and a grilse at the tidal pool in Quarryville, and there were reports of a fish or two being taken all along the river.  The picture on the left is of local guide and master angler Rod Colford with an estimated 25-pound hook-bill salmon.  We don’t see a lot of big males like this early in the year.

Jason Curtis estimated that during a recent two day stretch 25 salmon had been caught and released along the NW branch of the Miramichi , and that is great improvement over the early production of recent years.  The NW is known as a somewhat earlier-run river than the larger SW branch.

June along the Miramichi is seldom a time of consistent fishing, but there were definitely fish moving up the river, and we are sure looking forward to next week when the summer run should really hit its stride in the first week of July.

Here  is a link to a blog by English salmon fisherman Henry Giles.  Henry loves his trips to the Cains and is coming back for this season  in September.  Henry e-mailed me to tell me how much he was enjoying his copy of Closing the Season.  Incidentally, the guide on Henry’s blog who is holding the cock salmon on the Cains is Gary Colford, Rodney’s father. Talk about the apple not falling far from the tree.  Check it out!  Brad