Autumn Fishing In Our Sights 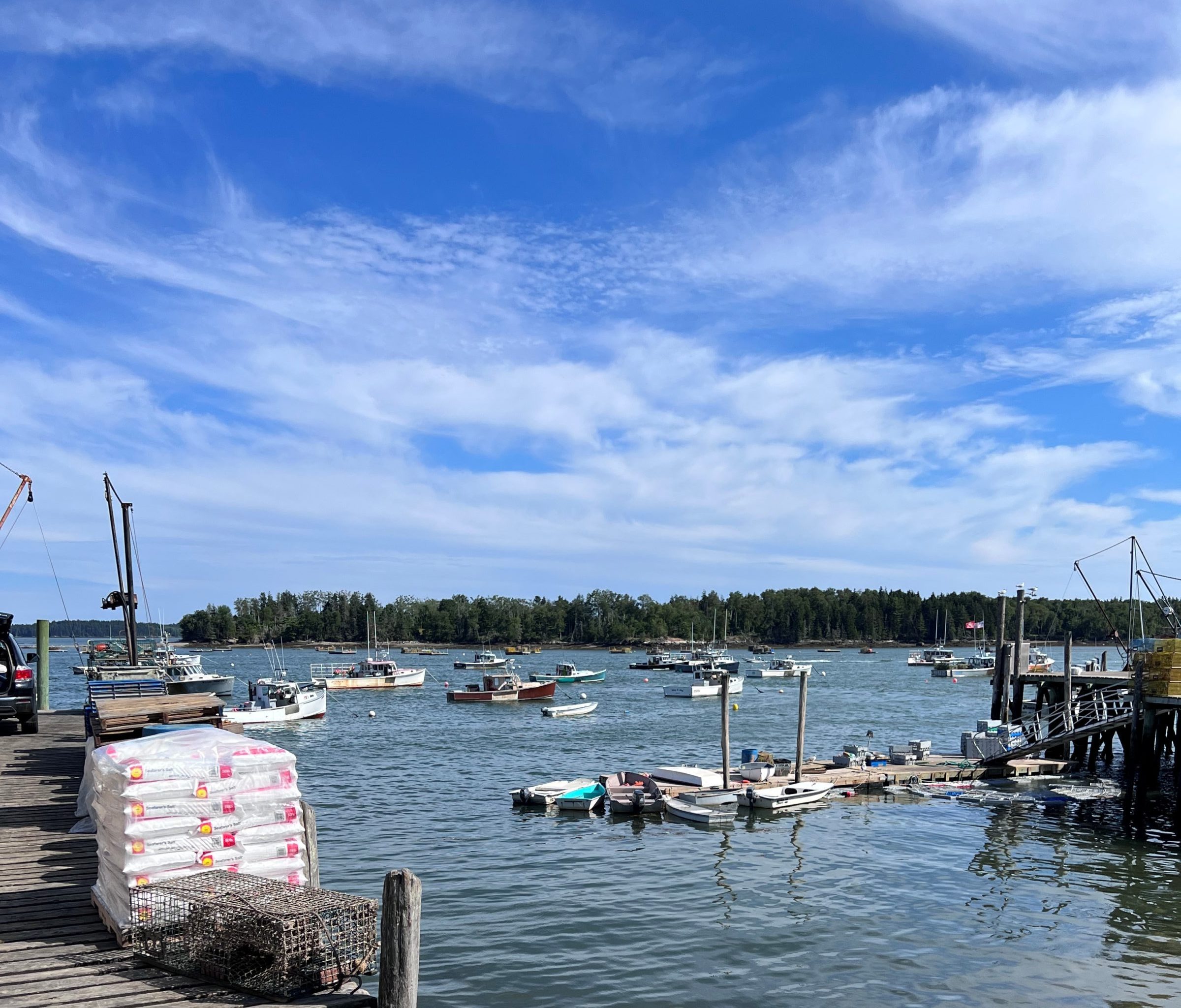 It’s been a lot more comfortable on the coast of Maine recently then on all but the most northern Atlantic salmon rivers.

Fishing Friends – I love these “on the cusp” moments during the season.  My old friend, the late John Cole used to say that it was never really hot on the coast of Maine after the first week in August.  I’m not sure we can say that these days, but there is often a pronounced change, and you can see that change in the coming forecast.  According to Environment Canada an extreme heat wave is forecast for Doaktown this Friday, Saturday, Sunday with temps of 30, 32 and an unbelievable 34C (93F).  Monday, Tuesday and Wed have forecast highs of 21, 23, 24C (75F) and the lows are also predicted to be 20F cooler.  Rain is forecast for Monday through Thursday.  By this time next week we could be looking at a much brighter fishing forecast.

The July 31 trap numbers for Cassilis and Millerton are in, and the second half of July was a bit of a letdown given the good numbers through the 15th – read the last blog for a review of those statistics.  Millerton salmon counts went from 222 on July 15 to 238 on July 31 for a net of 16 new fish entering the trap.  This compares to a total last year of 209, so we are about 15% ahead of 2021.  The same July 15/31 comparison in grilse for 2022 is 408/439, but this is very significantly behind the 761 count on July 31 2021.  Cassilis on the NW had similar ratios in both salmon and grilse.  It was very warm in 2022, and that could have kept fish out during late July.  We’ll just have to see what transpires in the upcoming fall run. 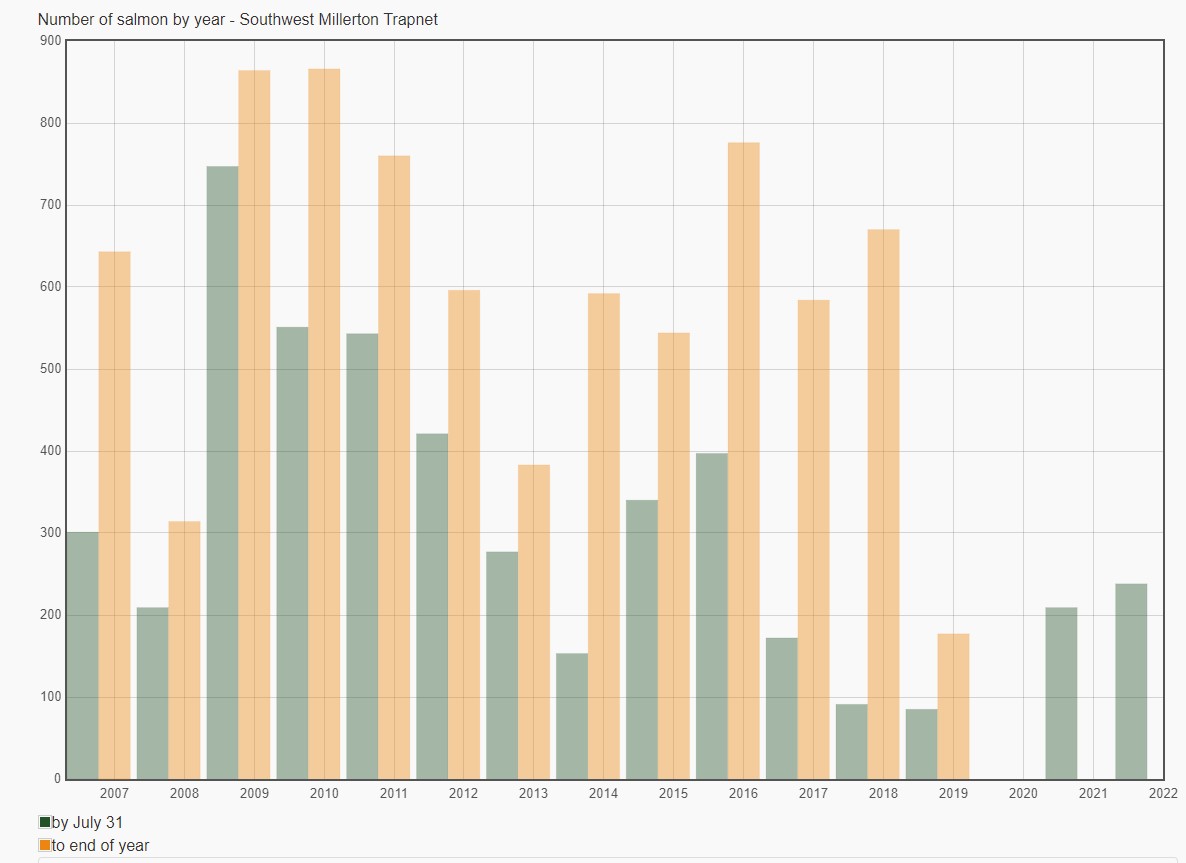 The green columns show salmon in the Millerton trap through July 31 and the beige columns through October 30.

If you took the last 15 years on average you would find that roughly 60% of the run is in the river by now, and the other 40% comes in the fall.  That varies greatly year to year though.  In 2017/2018 75% of the salmon runs came in the fall.  2022 is an unwritten chapter.  We’ll just have to go fishing and see for ourselves.  Meanwhile reports keep coming in about an exceptional year so far on the Cains.  A friend was staying in his camp near Shinnickburn recently when he saw a school of salmon moving late in the evening through his pool.  The fish stopped at the head where a brook comes in, and the next day he could see a group of salmon laying just off from the brook.  Another man who has been on the Cains all of his long life said that he has seen more salmon on the river this year than he has for many years.

We hear that DFO wardens are stopping people after dark just for being in suspicious locations for netting salmon.  Hopefully its true, good for them!

The application of rotenone to Miramichi Lake with the goal of eradicating the invasive and illegally introduced smallmouth bass species is planned for later on in August.  The MSA and ASF staff and volunteers have been working diligently on this project, and from what I’ve heard last year’s adversaries with no stated purpose other than simply to raise hell have been planning again to disrupt things.  Do these people really want to see the Miramichi without salmon?  Let’s hope that good sense will end up ruling the day.

I got an e-mail from a friend Will Johnson wjohnson@timberking.com.  Will is a U.S. flatlander but has his roots in NW Miramichi country. Will booked a trip for August 17-21 at the Saint John Salmon Club in Gaspe, but he is forced to cancel.  This is a private club and the full price for the four rods is a very reasonable $7,000 for all four rods for all four days.  Everything but tips and licenses is included.  Will is willing to offer a very substantial discount from that figure if someone can take the dates.  I would have accepted in one second, but I return from another trip on the 16th.  If you have the flexibility to take this trip on short notice I urge you to check out the website and then send Will an e-mail and hash it over with him.  I have no financial interest of any kind in this offering.  I know Will, though, and he will be a pleasure to work with. 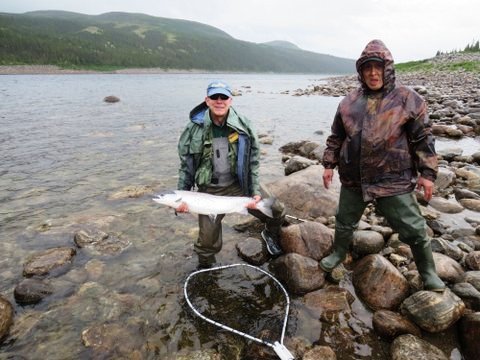 I’ve never had a bucket list of fishing destinations, but if I did the George River in Ungava Bay would be on it.  I have fished in the area before for char and brook trout, and I’ve had this trip booked both of the last two seasons but missed out due to Covid.  I am now scheduled to be there next week, and I hope to be able to put together a good blog report on the trip when I return.

6 Comments on “Autumn Fishing In Our Sights”