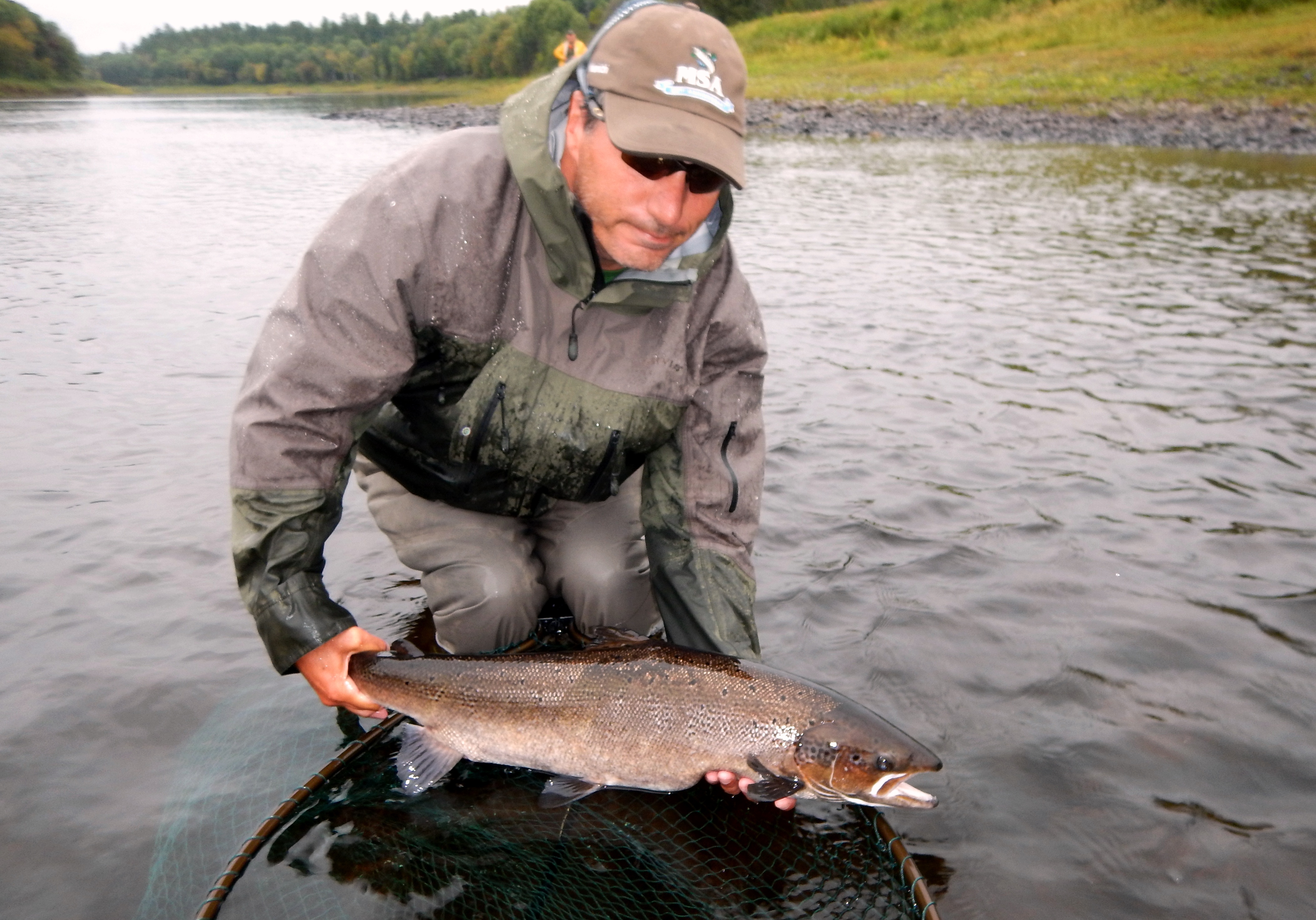 Fishing has been generally slow on the Miramichi, with tiny amounts of rain and mostly dry and sunny conditions.  The second half of this week, though, saw a decent amount of fish moving up the lower river.  Some with sea lice were reported, but many of the fish were dark and getting them to take was no easy task.   We did manage to hook a few of them including this nice 14-pound fish that took a smaller version of my October Killer tied on a number 6 standard style salmon hook.  The fish made a terrific first run well into my backing that ended in a great leap.  You just can’t beat the fight of an Atlantic salmon!

Things are really starting to change in Blackville.  On Friday morning guide Darrell Warren had frost on the windshield of his truck, and bits of color can be seen here and there.  We fished the lower Cains that morning and the river was running at 56F while the brook was at 51F.  That’s starting to get down there! 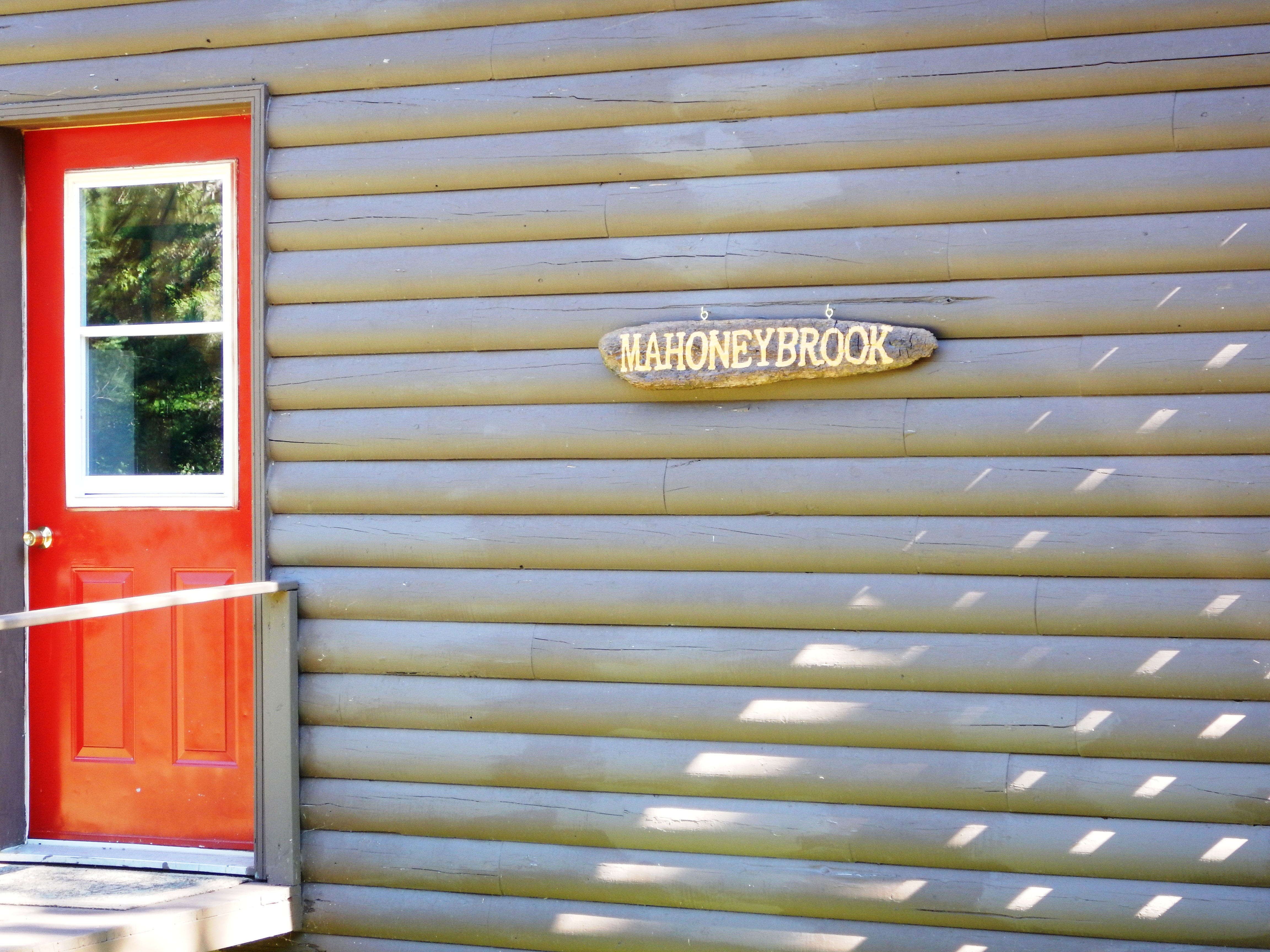 Camp at Mahoney Brook on Cains where much of Closing the Season takes place.

Sunday’s rain was very light, about 5mm across the watershed, but more substantial rain has now been forecast for Monday.  This year’s Environment Canada weather forecasts have been highly inaccurate more than a day or so out.  On Sunday night periods of heavy rain were forecast for Chipman area – headwaters of the Cains.  That has now backed off quite a bit to a more moderate rain.   It is hard to know exactly what will happen until it is all over.  Right now all the Cains pools are very low and the few salmon in them are generally stale as month old bread.  Hopefully that will change tomorrow, we’ll just have to wait and see.   The time for the upper Cains is almost at hand, and we are sure looking forward to that late season fishing. 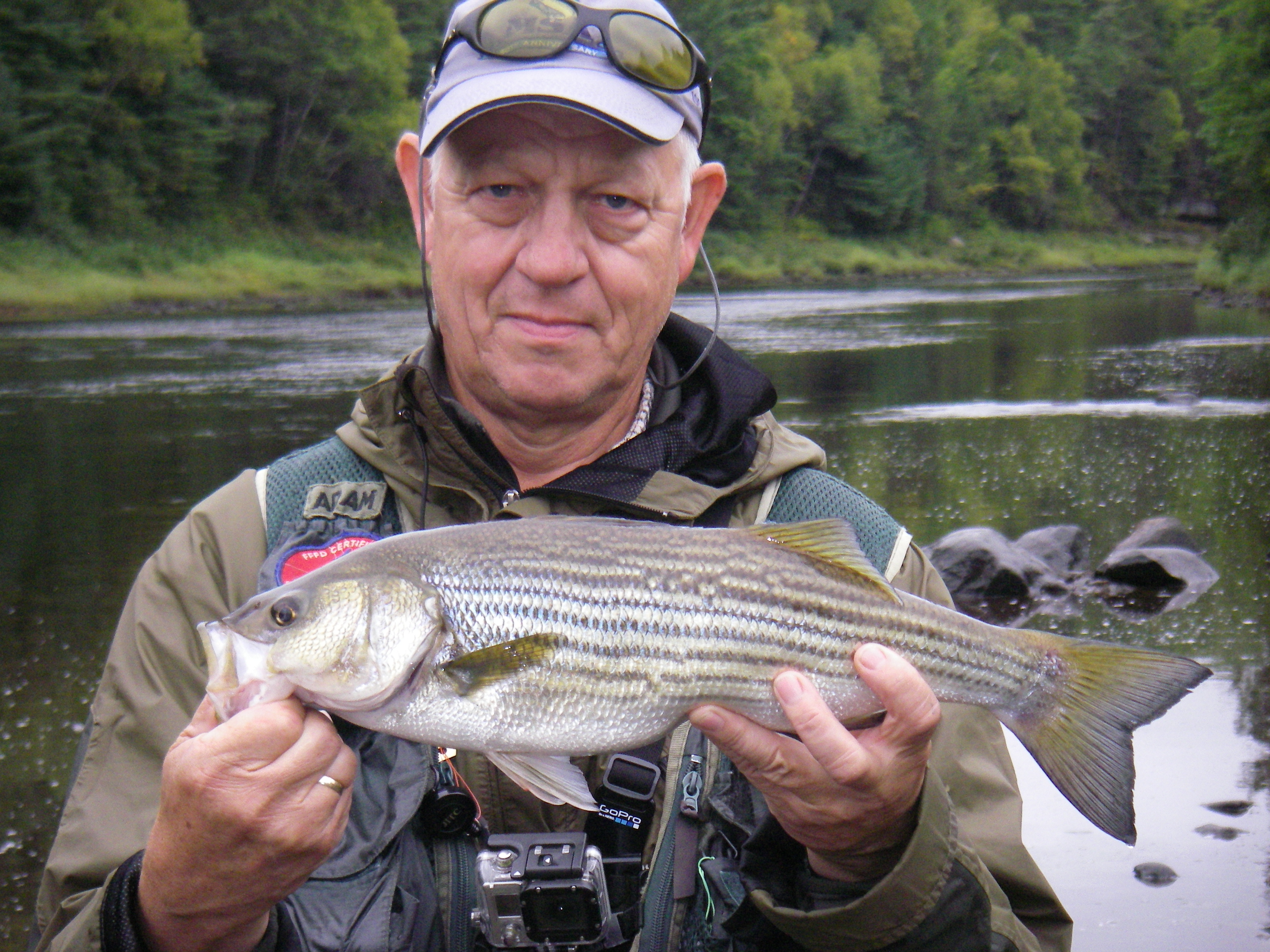 One of Country Haven’s Anglers caught this unwanted, 20-inch striped bass on the lower Cains.  Stripers are vicious predators and a  striper like this can eat a lot of parr in the course of a summer.  They are just as adept at feeding at night as they are during the day.  What is needed is a regulation that allows all striped bass caught above tide water to be retained by the angler.  This would do nothing to the overall striped bass population, but with the amount of people angling for salmon on the rivers it would remove a high percentage of the rogue fish that swim far up into fresh water every summer.  There will be a time later this fall to make our feelings known to the Department of Fisheries and Oceans, and we will let our readers know how they can do that when the time is right.

PS  It is legal to retain one striped bass per day between 50 and 65 cm.  We will be filleting any of that size that we get this fall.  Thankfully we haven’t caught one at Campbell’s since June, but bass like that could be coming up river now to eat young fish including gasperaux dropping down river.