Yesterday it was summer, or at least it felt and smelled that way out of doors here in Falmouth, Maine. This morning I had a tree swallow in the field near my house.  It is not the earliest I have had them, but it is a few days earlier than normal.  All the warmth is going away tonight, and we even have some snow forecast on Monday and Tuesday.  In Blackville, New Brunswick there will be some low single-digit F temps to deal with.  In spite of this we are now just 13 days from the opening of salmon season, and the river will definitely be open and free of ice.

They say the third time never fails, and this is the third ice movement for the Miramichi this year. It happened back in December, then again at the end of February, and last week’s warm temps and rain did it again.  Because of the ice outs and relatively warm winter the ice was never really that thick on the river this year.  You can see in the videos below that the ice running down the river is puny compared to last year’s huge chunks – scroll back through my blog and find last year’s ice out video if you don’t remember it.  2015 was really a spectacular ice out!  This year it was quite anti-climactic and almost a non-event.

The easy winter was great on the wildlife, or at least on New Brunswick’s beleaguered whitetail deer population that has suffered mightily from several very severe winters over the last decade. When you look at videos 2 and 3 below you can see deer feeding on the interval over at Jardine’s – they are along the shore to the left of the house.  It is much easier to see the deer if you click the little square in the lower right corner to enlarge the video to full screen.  When we were up there spring fishing 10 years ago it was not unusual to see 25 or 30 at a time in field after field along the river.  Hopefully those days will return along with the former abundance of Miramichi salmon.  Let’s also hope that the easy ice run will be good for the survival of the eggs and the young salmon.

These videos were taken by Jason Curtis who has a ring-side seat for this annual event.

Also sent along by Jason is this photo of the Miramichi Fly Fishing Club booth at the Dieppe Fly Show. Jason, Ashley Hallihan and other volunteers are doing the important work of teaching the young students about the Miramichi’s great salmon fishery and fly fishing traditions.  If you want to make a financial contribution to the club just send me a return e-mail and I’ll let you know where to send it. 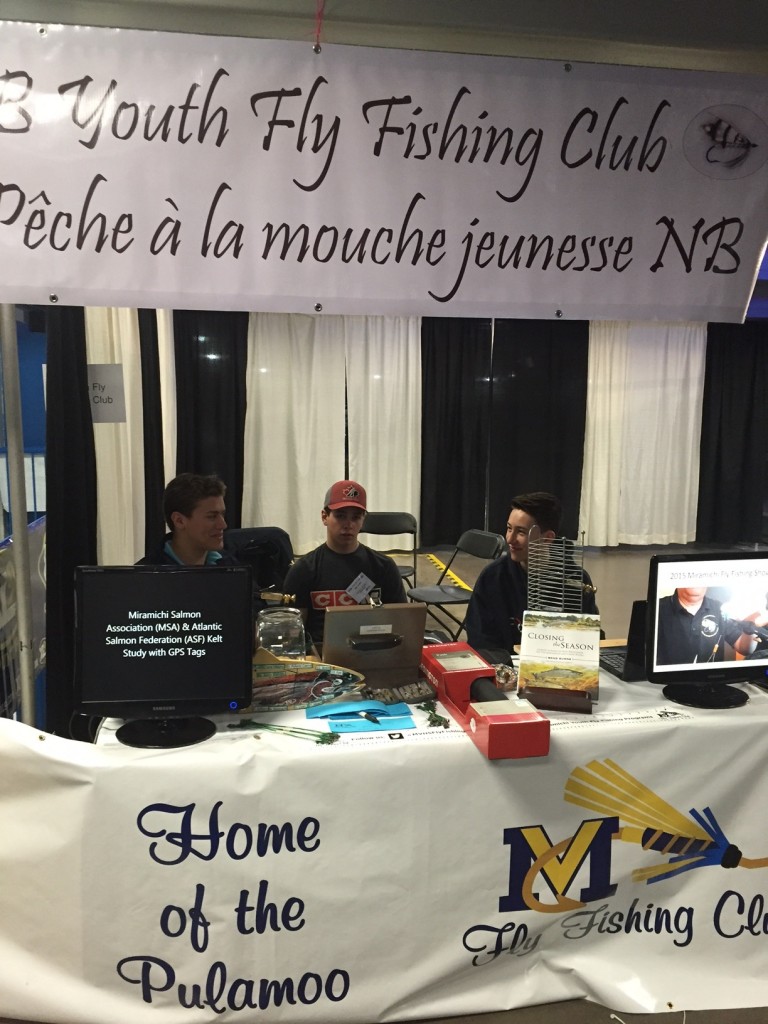 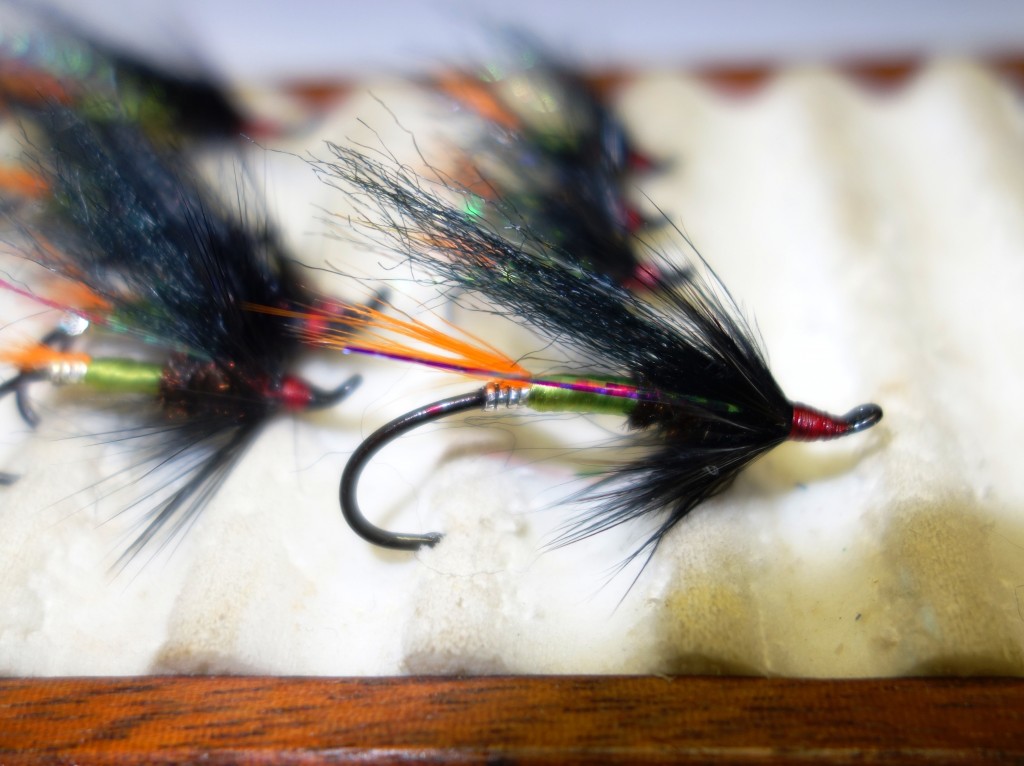 I’ve been tying some flies – Same Thing Murray, a deadly Miramichi pattern –   and thinking about when the first bright fish will arrive. I’ve determined to go up Memorial Day this year and try for an early fish as well as sea trout.  This is looking like the kind of year when it might happen.  Early tagging work out in Miramichi Gully 100 years ago showed that a huge body of fish containing adults from not only the Miramichi but essentially all of the rivers north of here in New Brunswick as well as the Bay of Chaleur Rivers like the Restigouche and the Cascapedia arrived in mid-May off the Miramichi.  Those fish enter the river when the time is right for them, and one would assume that the earlier the river gets down to a more summer-like flow the earlier that the fish will enter fresh water.  We don’t have long to wait now!