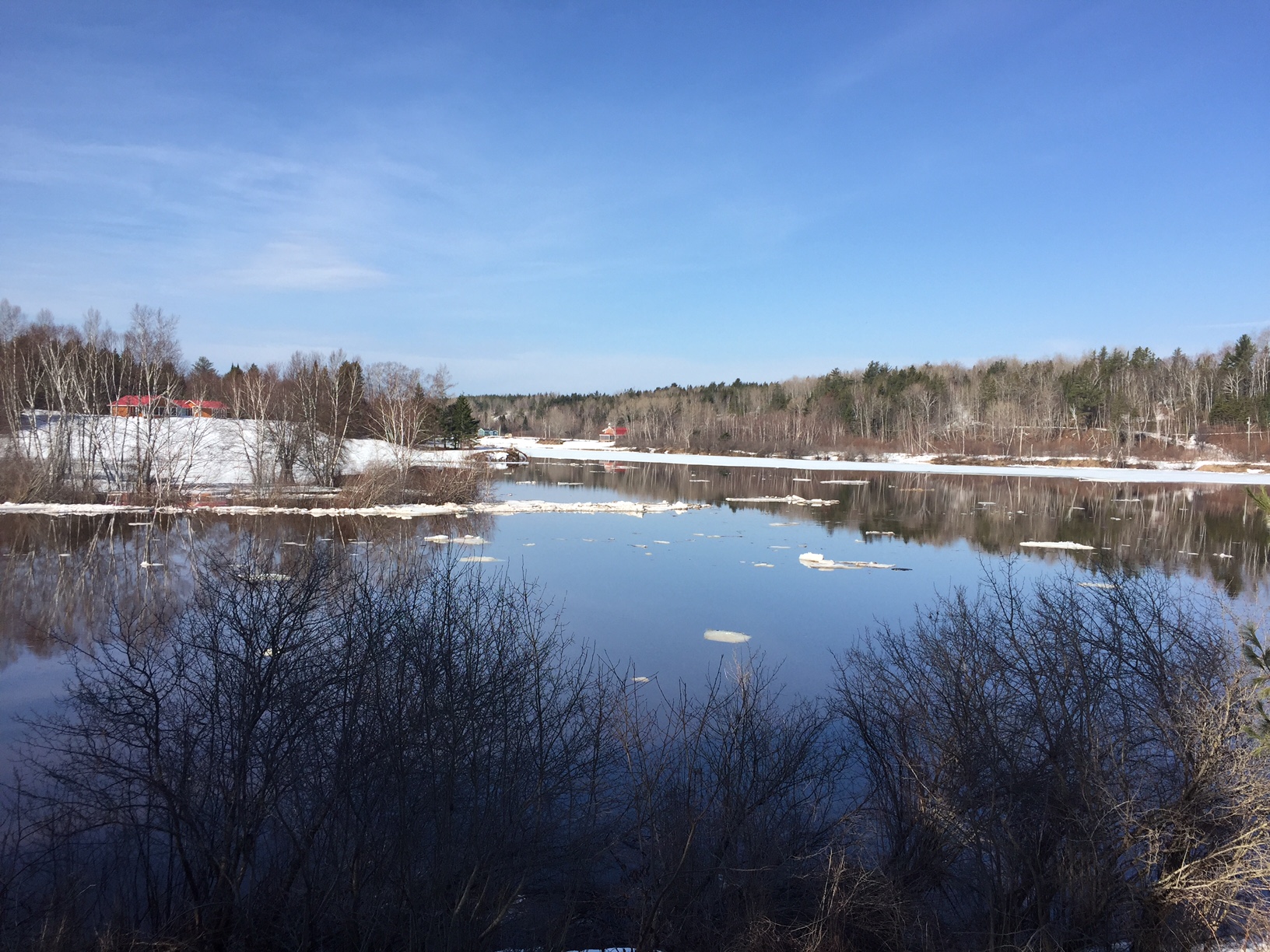 Junction of Cains on left and Miramichi Rivers 4 11 17

In my last blog on 3/31 I noted that the river was at a recent low of 1.5 meters, and that the first sign of ice out would be rising water.  That day the river began to slowly rise with warmer temperatures and rain.  On 4/3 Jason Curtis sent me an e-mail with a picture of tiny spot of open water at the mouth of McKenzie Brook across from his home in Blackville.  This is the first chink in the armor, he said.

People who live along the Miramichi get excited about ice out.  Seeing this large river rise and the ice flow out – with the constant potential for it to jam up and flood – is an awe inspiring sight and a bit unnerving.  People up and down the river talk to each other and get into their cars and drive to this vantage point or that.  You’ll hear things like the ice ran for a couple of hours this morning in Doaktown, or it’s jammed up at the Blackville Bridge and the water is rising clear back to the Cains….  In the end, though, there is only one place for it all to go, and inevitably there is a parade of river ice towards the sea that takes several days or more to completely clear out.  It certainly appears now that there will be open water for fishing on 4/15, though people will still need to keep an eye out for large pieces of ice coming down river.

Here is a daily sequence of photos taken by Jason Curtis of the progressive thinning of ice from 4/3 up to 4/10 including a couple of very short video clips of moving ice on the last day.

Double click on any of the pictures to enlarge them. 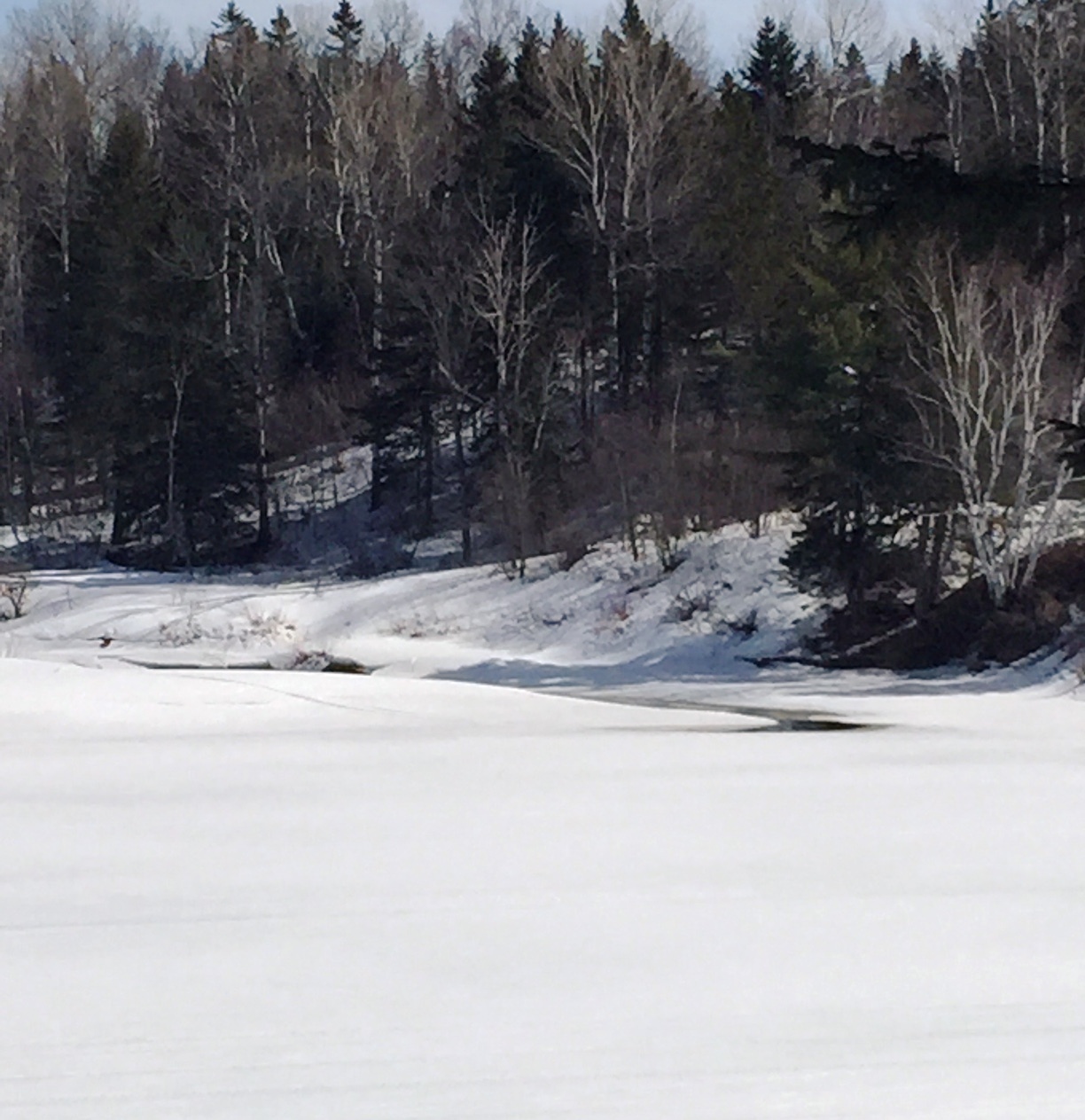 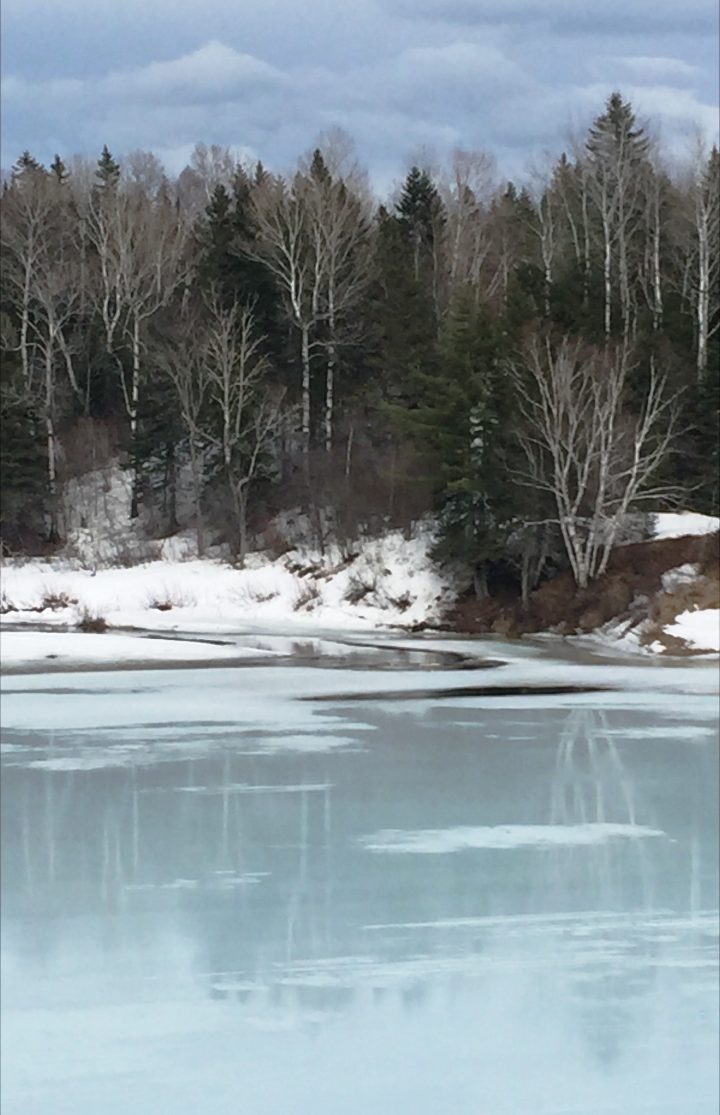 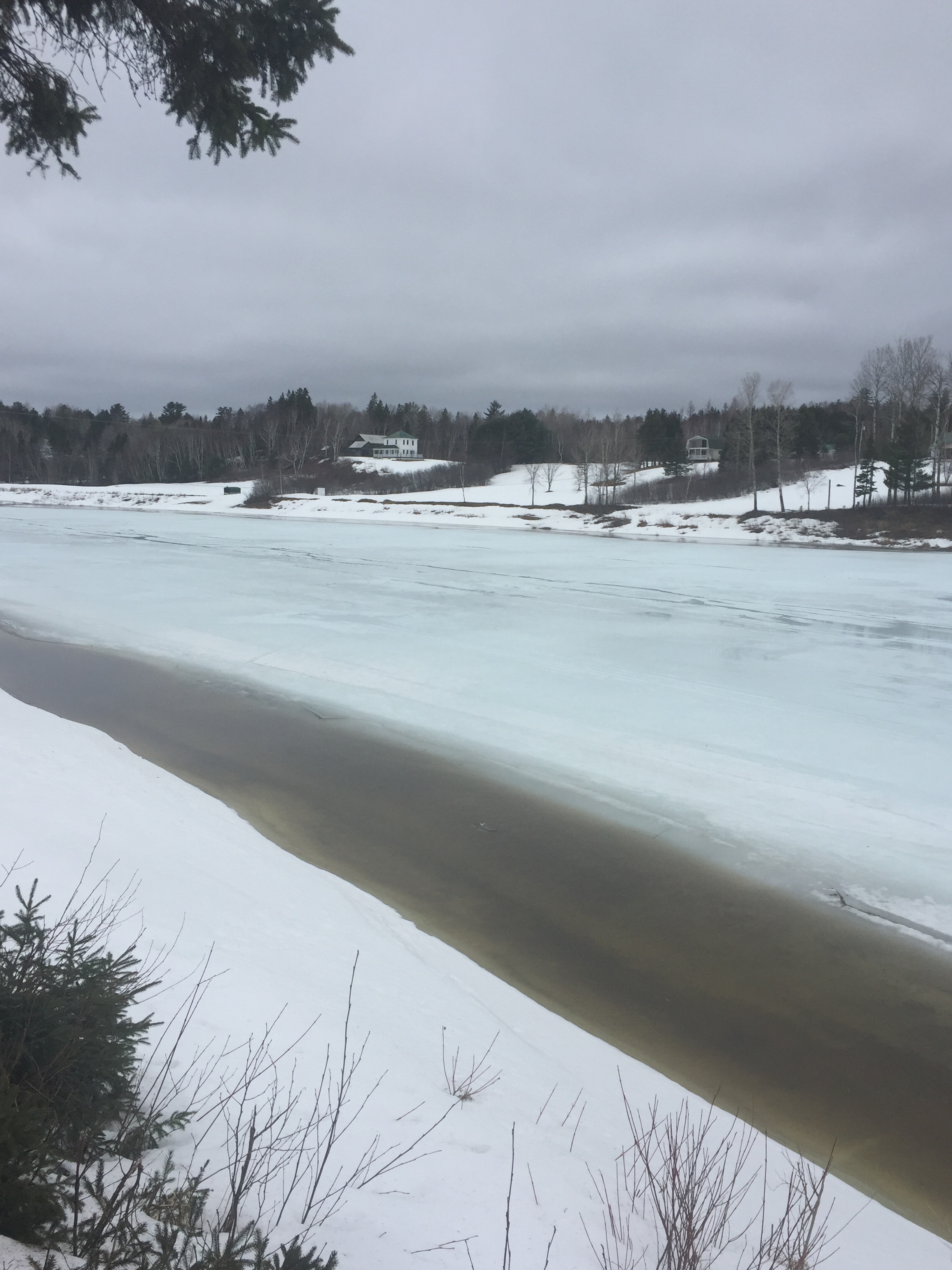 4 8 17 Ice has risen and separated from shores 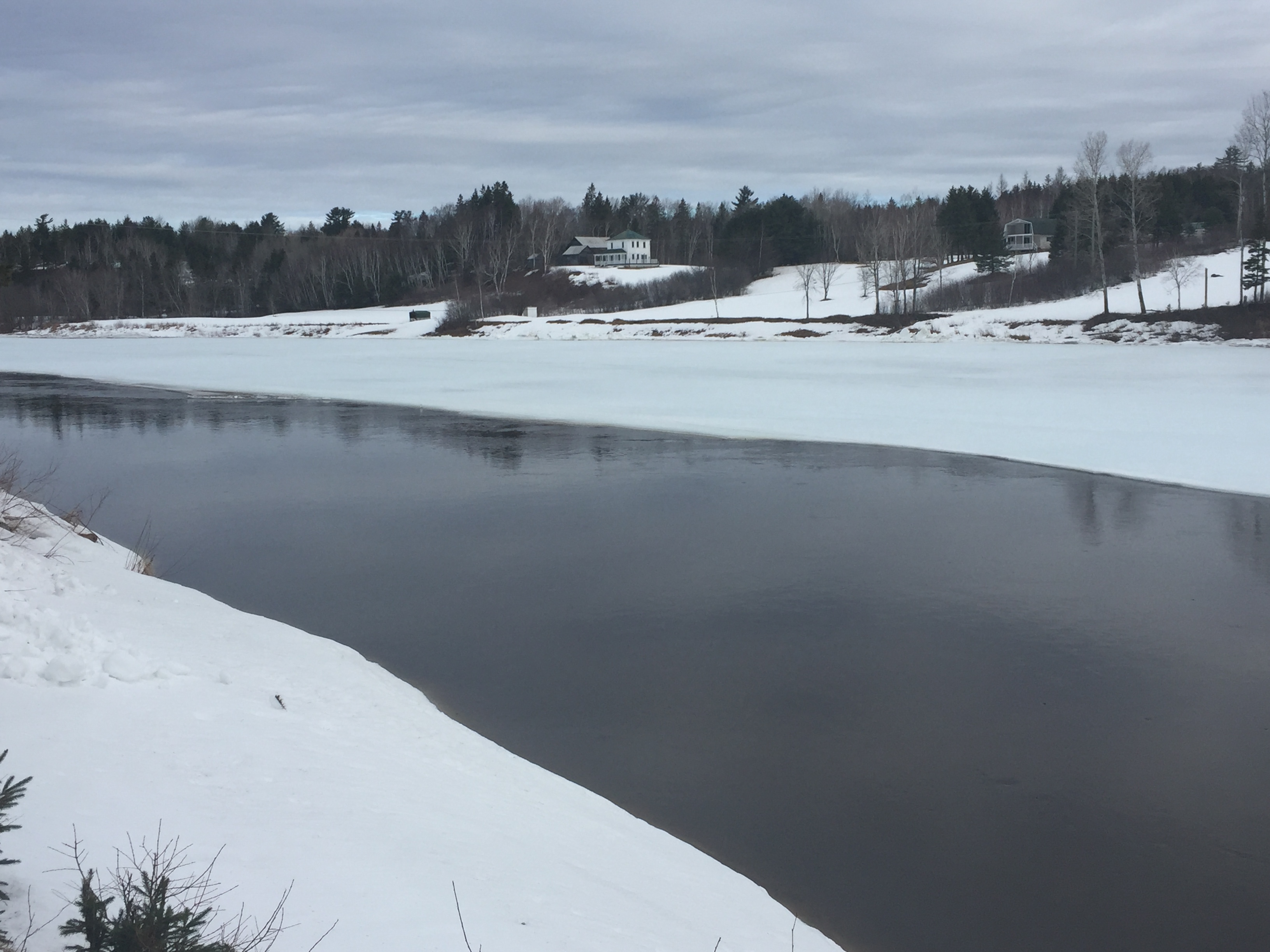 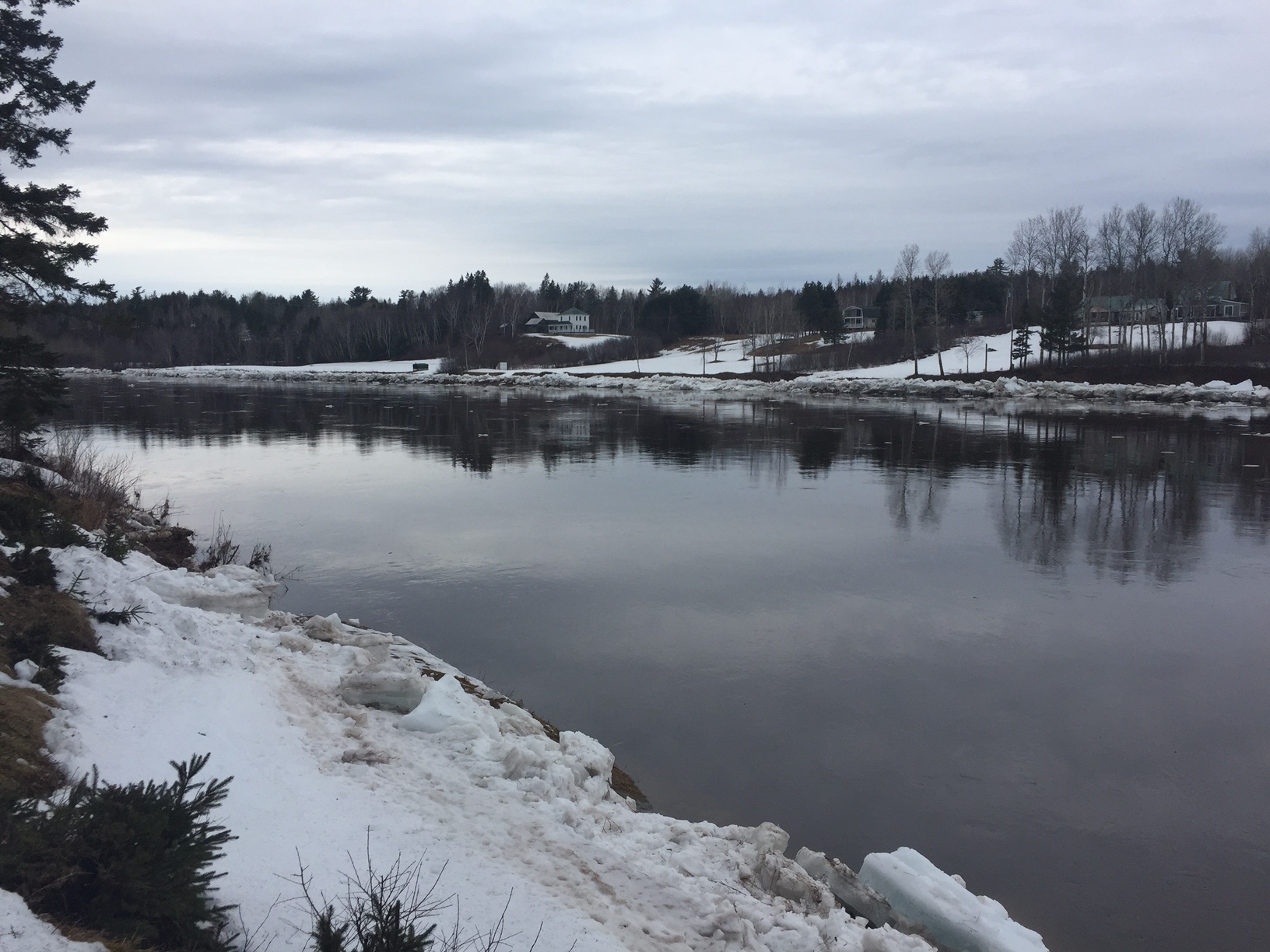 Click on the IMG files below for video links.

I’m heading up to Blackville on Monday the 17th to fish for three days and just to be back in camp after the long winter.  I’ll give you a report on the fishing and conditions at that time.